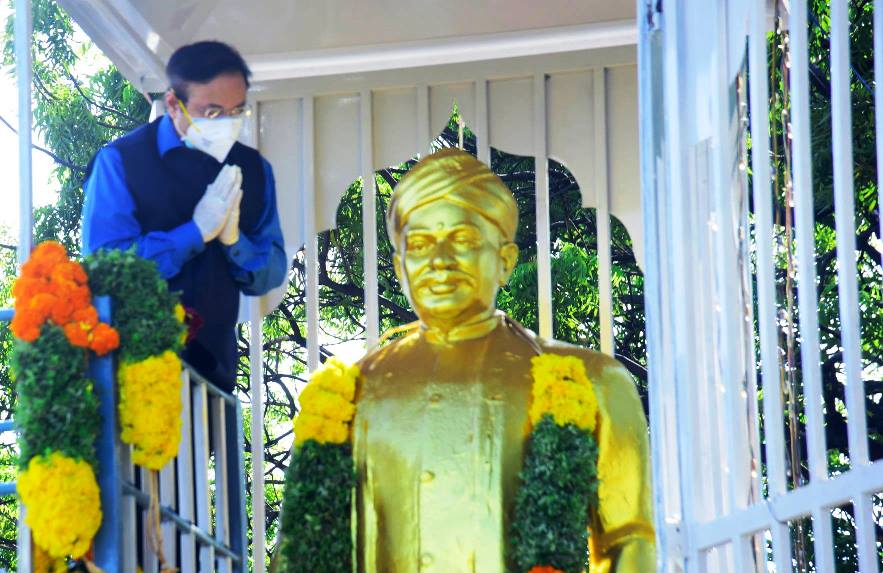 Floral tributes to the legendary freedom fighter were also offered by Shri Bimal Kumar Jha, Deputy Chairman, Trustees of the Port and Heads of the Departments.

In a message conveyed by Shri T.K. Ramachandran, I.A.S., Chairman, V.O.Chidambaranar Port Trust, he stated that, the optimistic vision of V.O. Chidambaranar  to put an end to the monopoly of the colonials in sea trade paved way to establish the Swadeshi Steam Navigation Company and it further led to expanding the Swadeshi movement in the country in various means.

He also stated that, as a measure of paying a befitting tribute to the legendary freedom fighter, a museum depicting the life history of V.O. Chidambaranar will be established at the Port premises, with a purpose to make the younger generations aware of the struggles undergone by V.O. Chidambaranar against the colonial rulers.

In addition, an exhibition on V.O. Chidambaranar has also been scheduled to be organised by the Port in the forthcoming week, commemorating the 75th Year of Indian Independence celebrations (‘Azadi Ka Amrit Mahotsav’).

In view of the COVID-19 pandemic, measures such as maintaining social distancing, wearing of masks and proper sanitization of the venue were strictly adhered.

@portwingsnews
Previous Continuous Growth In Exports For 6 Months Not Only Augurs Well For The Economy But Goes To Show The Resilience Of Exports: FIEO President
Next IUMI Reports Improvement In Marine Insurance Market, But Remains Cautious Over Longer-Term, Sustainable Recovery