Swachchta  Abhiyan Moves Ahead As Per Schedule in MPT 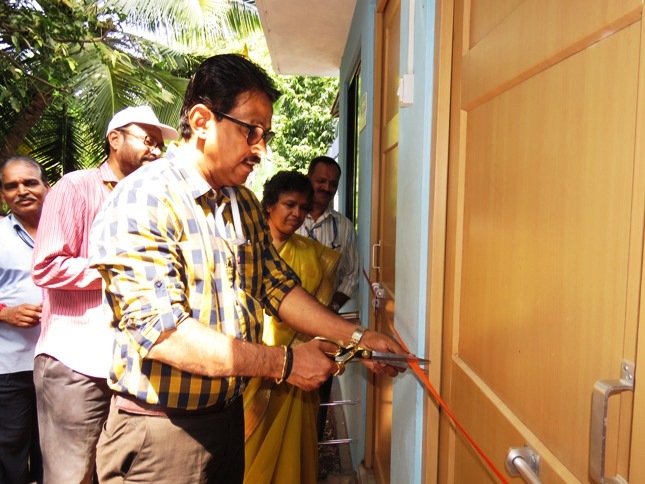 The Mormugao Port Trust (MPT) is making all out efforts to achieve optimum results of the ‘Swachhta Abhiyan’ that was inaugurated in the port premises 15 September 2017 and bringing about cleanliness in their surrounding areas.

SUPERVISING THE CLEANLINESS DRIVE AT EVERY LOCATION

On 16 September, all the departments of the port were engaged in weeding out old records and cleaning the office premises. Each department representative is given the responsibility to oversee that the scheduled program of cleanliness in their respective department is carried out faithfully. The old records are being systematically arranged and disposed.

CLEAN DRIVE ON SUNDAY TOO

The cleanliness drive was also undertaken on Sunday, and five employees each from every department are engaged every day to carry out the cleanliness drive as per the locations identified for the cleanliness work.  The long and winding Sea view road in the vicinity of the Port administrative building was cleared of all filth and garbage lying around by the port employees on 18thSeptember giving the place a new look.  This road is being used by the residents of the area and is vulnerable for getting littered with dirt.

19 September was a day of challenge to the port staff and employees who were engaged in the cleanliness drive. They undertook the cleaning of a rain water drain that was clogged with undesired garbage and plastic which runs from the neighbouring residential settlement area, at Headland Sada, Mormugao, and through the Port residential complex.

The drain was successfully cleaned of all garbage and litter thereby restoring free flow of rain water ensuring no further stagnation of water flow. Later the group undertook the cleanliness of the Bus stop shelters provided in and around the MPT residential complex, restoring the shelters as well as the entire area around the bus top clean.  The Port team will undertake painting of the bus stop shelters during the campaign period.

The ‘Swachchta Abhiyan’ is progressing as planned and is picking up steam every passing day. The port employees are showing exemplary commitment in making the mission a success.

To coincide with the nationwide Swachchta Abhiyan being observed from 15 September – 2 October 2017 at MPT,  two toilet blocks  with modern facilities were constructed at a total cost of Rs. 14.00 lakhs and were inaugurated by the Deputy Chairman of MPT Mr G. P. Rai  to facilitate public utility. One toilet block for ladies and gents was inaugurated at the famous Japanese Garden situated at the Headland Sada and frequently visited by the general public for recreation, and the other toilet block was inaugurated at the port’s Dr. Baba Saheb Ambedkar Vocational Centre in the Port Housing complex at Headland Sada.  Both the toilet blocks will be maintained by the Port.