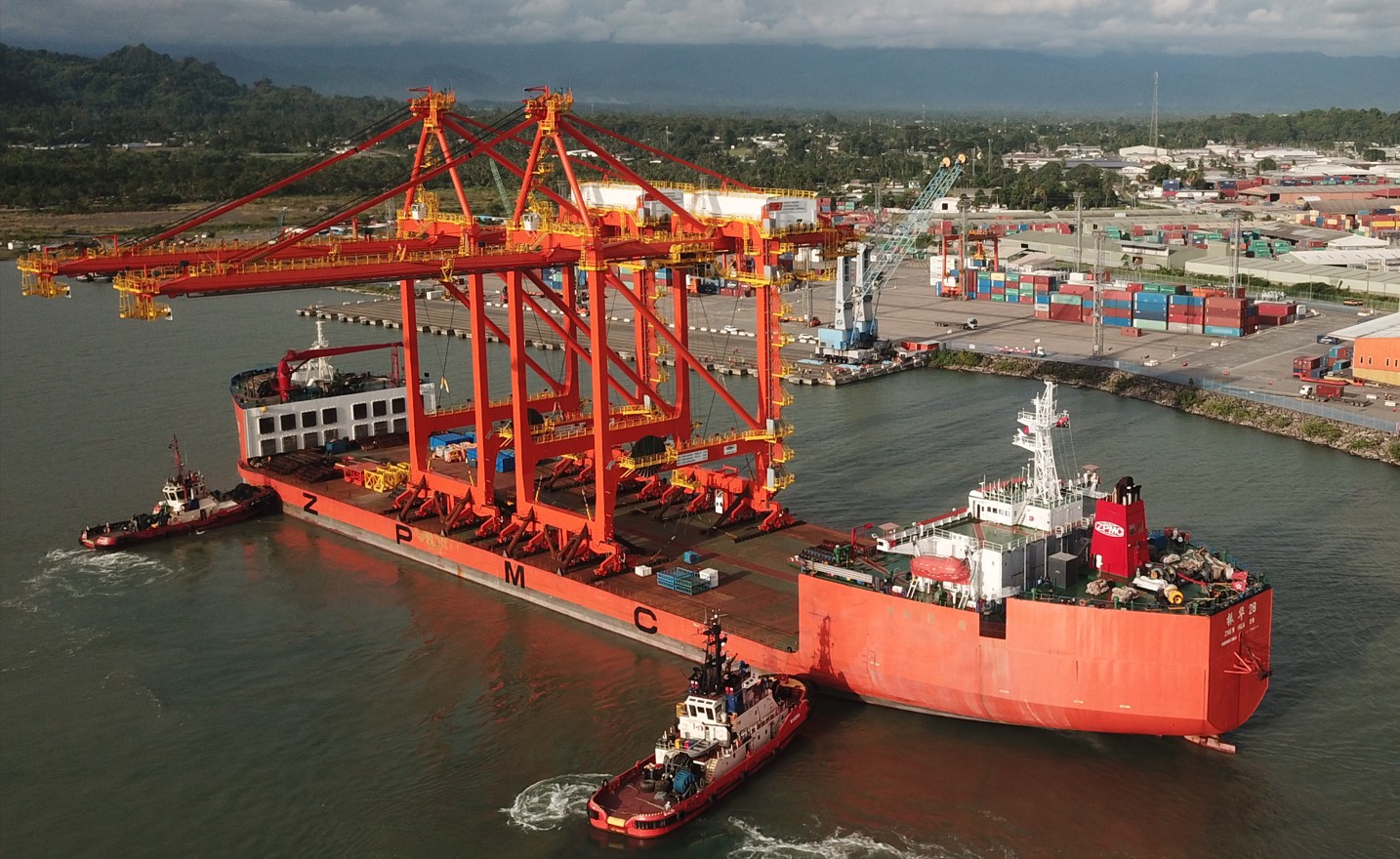 Manufactured by Shanghai Zhenhua Heavy Industry Co. Ltd. (ZPMC) and with a reach of up to 17 rows across, the new Post-Panamax cranes can easily service vessels of up to 6,000 TEUs and is part of ICTSI’s ongoing program to strengthen and enhance the overall operational efficiency at PNG’s leading container terminal.

Robert Maxwell, ICTSI South Pacific CEO, stressed that the new cranes will contribute to SPICT’s market leader positioning in the national and international logistics chain: “ICTSI is very proud to have delivered another major milestone in Papua New Guinea after delivering the country’s very first quay cranes at our SPICT facility. With improved productivity, the Port of Lae will soon become an important transshipment hub for the Pacific islands region.”

With the new equipment, shipping lines can expect quayside productivity gains and shorter port stays. The terminal will soon be able to facilitate direct calls by larger vessels operating in the major trade routes, which in turn would reduce costs for both importers and exporters in the region.

Maxwell adds: “As we plant the seeds to create sustainable port cities and communities, it is our hope that this new equipment will further sustain Papua New Guinea’s economic growth and expanding international trade over the coming years.”

Once the STS cranes are deployed, one of the mobile harbor cranes currently at SPICT will be transferred to Motukea International Terminal (MIT) in Port Moresby, thereby also increasing the operational efficiency for both terminals.

Earlier this year, ICTSI South Pacific has invested into two 2.5-Megawatt Cummins power generators to ensure constant power supply in its Lae terminal, and procured seven new truck trailers in Lae and three units in Motukea, as part of the additional investment to support the STS cranes increased productivity. Additional equipment such as empty container handlers (ECH) are expected to arrive in both terminals in 2023, same as two additional rubber tired gantries (RTG) for SPICT.

To ensure the continuity of ICTSI’s corporate culture and system of operations across the Group, ICTSI South Pacific likewise sent several of its employees from SPICT and MIT to train at ICTSI flagship Manila International Container Terminal (MICT) in the Philippines. The trainings conducted were done to enhance their familiarity on operating the new STS cranes and improve their management and supervision capabilities.

@portwingsnews
Previous FFFAI Thanks Trade for Being Part of its 60 Years’ Journey, Celebrates Foundation Day
Next Wärtsilä To Act as System Integrator for Binary Marine Installation Solution