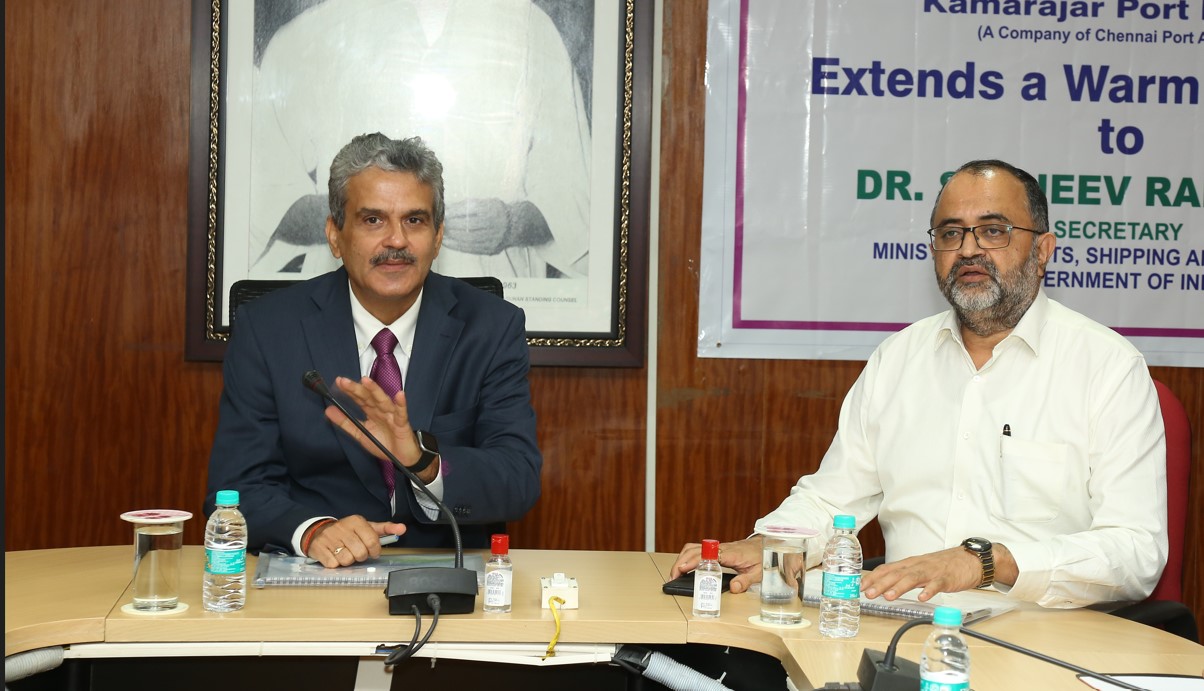 During his visit, the Secretary interacted with the various stakeholders of KPL. The stakeholders expressed their satisfaction over the cooperation of Kamarajar Port in conducting the terminal operations.

Kamarajar Port is the youngest amongst the 12 Major Ports under Ministry of Ports, Shipping & Waterways. With eight operational terminals for cargo handling and with a capacity of 54.44 MTPA, KPL handled its highest ever cargo throughput of 38.74 million tonnes during the financial year 2021-22 with an increase of about 50% over previous year which is the highest growth rate among all major ports. During the year 2022-23 also, the growth in cargo handling of KPL is about 18% over previous year till September which is again the highest growth rate among all major ports.