Kandla Port, located in industrialized state of Gujarat and one of the top 12 major ports in the country under the administrative control of the Government of India through the Ministry of Shipping, has been renamed as Deendayal Port from 25 September in the name of Hindutva icon pandit Deendayal Upadhyay.

In a brief statement, the Government has announced that Kandla Port Trust is renamed as Deendayal Port Trust with effect from 25 September 2017. 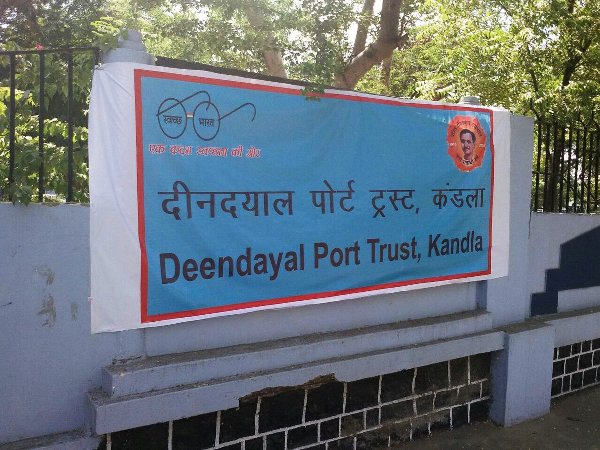 Besides the Kandla facility, ports at Tuticorin and Ennore in Tamil Nadu, and Nava Sheva (Mumbai), located in Maharashtra, have been renamed as V O Chidambaranar, Kamarajar and Jawaharlal Nehru respectively over the years by the government of India.

The central government in exercise of powers conferred on it under Indian Ports Act, 1908 made the amendment to replace “Kandla” with “Deendayal”, as per a notification issued by the ministry of shipping.

Prime Minister Narendra Modi, earlier this year, while laying foundation stone for Rs933 crore projects at Kandla Port had suggested that it be named after pandit Deendayal Upadhyay, who stood for the uplift of all sections of the society.

“Deendayal stood for the poor…(so this name change) will inspire us to work for the poor, suppressed section of the society,” he had said.

The port’s journey began in 1931 with construction of a jetty by Maharao Khengarji. Gradually this port in Gujarat became the number one port in India and on 31 March 2016, it created history by handling 100 million tonnes cargo in a year—the first Major Port to achieve the milestone.

Located on the Gulf of Kutch, it is one of major ports on west coast. It is the largest port of India by volume of cargo handled.