The Mystic Group, led by Mr. Mario Ferreira, a leading Portuguese businessman, has already established a successful river cruise operation; DouroAzul, which is the largest luxury operator on the Douro River utilizing 16 vessels. Mystic also owns Nicko Cruises of Germany operating another 20 river vessels around the world, from the Danube, Rhine and Elbe to the Yangtze, Mekong and Nile. Both DouroAzul and Nicko will be expanded with new ships in 2018.

Moving the Mystic Group into the luxury ocean cruising market was a logical step for Mr. Ferreira, who anticipates at least another three vessels besides World Explorer to be delivered over the next four years.

S.M.C’s extensive experience with highly complex projects in major shipyards, a growing portfolio of passenger ships and its international newbuilding expertise were crucial elements in the group winning the contract with Mystic Cruises. 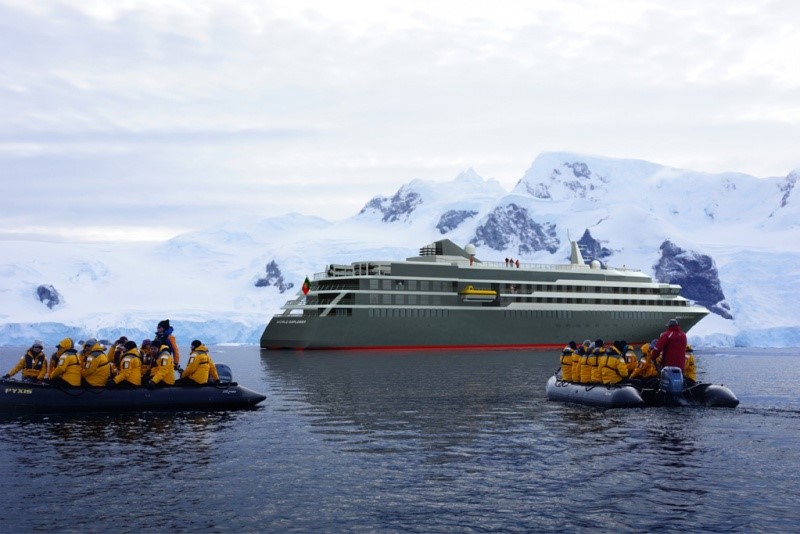 MS World Explorer will be built as a 126-metre long expedition cruise ship with a passenger capacity of 200 and a crew complement of 111.

The vessel will meet the latest Polar Code operating requirements and will be equipped with state-of-the-art hybrid power and propulsion technology, which will enable the ship to cruise in environmentally-sensitive areas.

Construction of MS World Explorer has commenced at the West Sea shipyard in Viana do Castello, in northern Portugal and she will start cruising during the winter season of 2018.

Krzysztof Kozdron, Managing Director of S.M.C, said: “Schulte Marine Concept is pleased to enter the expedition cruise newbuilding segment with an innovative vessel such as the World Explorer, which will be the ultimate benchmark for environmental sustainability and luxury cruising in remote areas. We look forward to working in partnership with Mystic Cruises and West Sea shipyard on this prestigious project.”