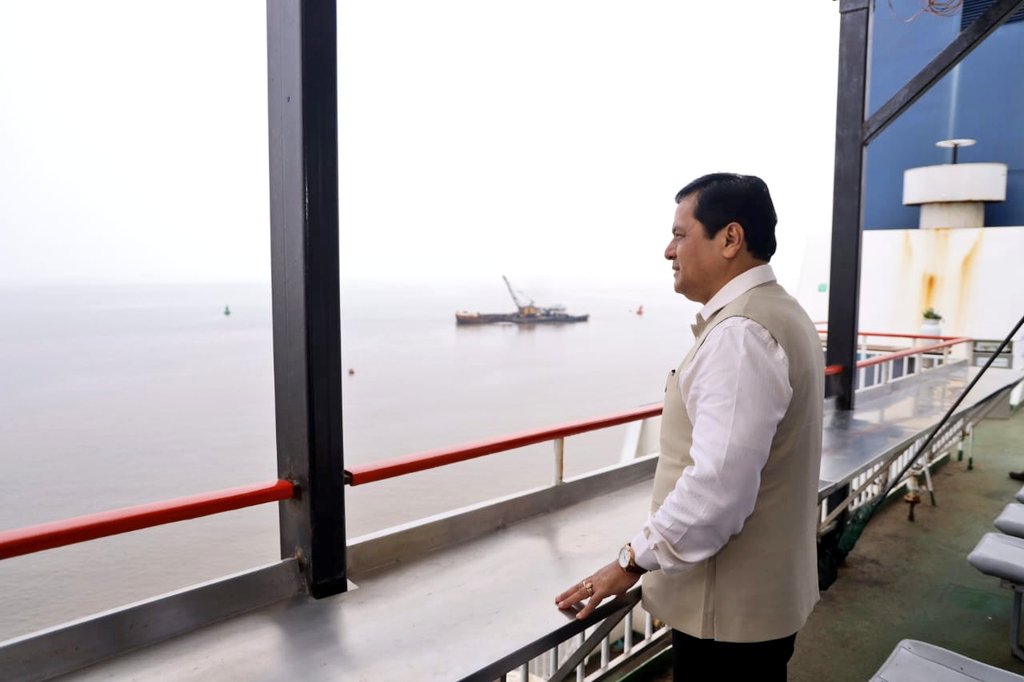 This hybrid energy powered ferry is one of its kind as it is 134 meters long and can carry 50 trucks, 25 light commercial trucks, 70 cars, 50 two wheelers along with 600 passengers. This new ferry service between Saurashtra and South Gujarat will cut down travel time by almost 70%; i.e. from 11 hours by road or train to around 3.5 hours by ferry now. The Union Minister inspected the all the facilities in the boat and reviewed its operational status with the management.

The Deendayal Port Authority, under the Ministry of Ports, Shipping & Waterways (MoPSW), developed a new State of the Art Ro-Ro terminal at Hazira in Surat which is being run independently. The design of the terminal is simple and effective for passenger comfort for a wonderful travelling experience. By developing the inland waterways transportation between the South Gujarat and Saurashtra, the convenience of travel has now improved manifold with a shorter, cheaper and ecologically sound mode of transportation as compared to historic modes of connectivity via roads or railways which is time consuming and expensive. The commercial trial runs has been going on since 4th September and it will be put to regular service shortly. The ferry has also entertainment zone, multiple cafeterias and best sea view cabins for best passenger experience. It has quality infrastructure for truck drivers to rest onboard improving their turn around time. 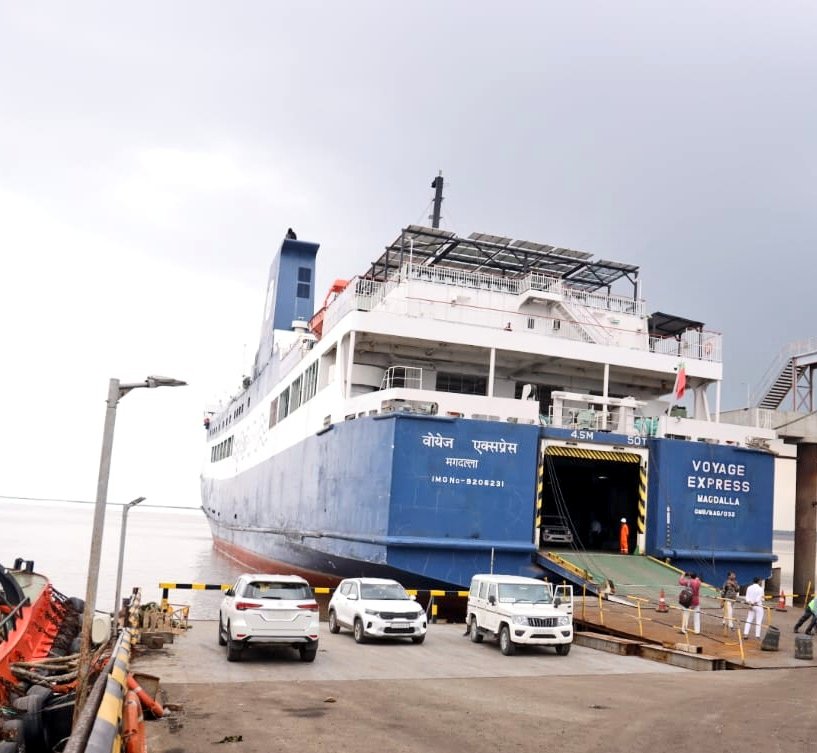 Speaking on the occasion, Shri Sarbananda Sonowal, said, “Under the dynamic leadership of  Prime Minister Shri Narendra Modi , the government is working on utilising the coastal waterways and inland waterways for maximum benefit of the people, industry and commerce in the country. As per Modi ji’s vision, many new and innovative steps are being taken to optimise coastal transportation, developing inland waterways and modernise ports in the country. This has resulted in many new development including the country’s ports has achieved maximum cargo handled ever. The Ro Ro Pax service has helped improve the transportation of people and cargo in an economical, ecological & efficient manner. The people of the region, especially from Ghogha and Hazira, will be greatly benefit from this service that is soon going to be dedicated to the nation. The Modi government is also working on starting a similar service between Muldwarka and Pipava soon.”

Shri Sonowal said, “Under the leadership of Prime Minister Narendra Modi, the country is marching ahead towards achieving the goal of becoming ‘Atmanirbhar.’ It is a matter of great pride that our Prime Minister Narendra Modi  led the country to become the fifth largest economy in the world. This is a huge achievement for all countrymen. It is absolute that India will become the best country in the world with the confidence, strength, valour & confidence provided by Modi ji to move ahead.”

During the visit at plot no. 25 and plot no. 2 of the yard, amongst total 131 working plots, the Minister depicted the compliances done with respect to Hong Kong Convention and European Union standards in terms of safety, health and environmental aspects. He also suggested to upgrade more plots to match the EU requirements so as to make Alang the top notch destination for ship recycling in world.

Shri Sonowal also visited the Worker’s Safety Training Institute and the Multi-Speciality Hospital, where he interacted with the workers as well as patients.