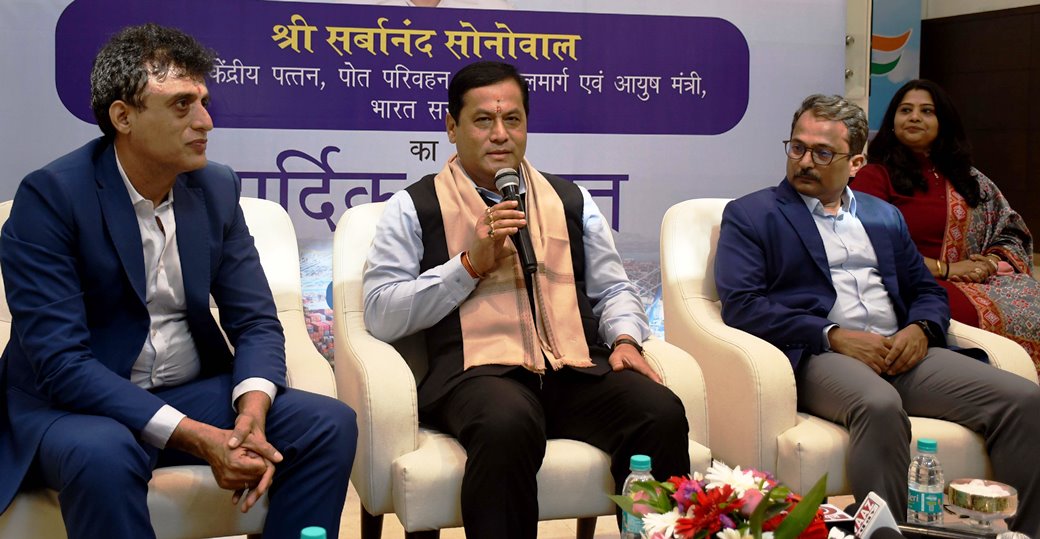 During his visit, he got a comprehensive understanding of the port’s operations, infrastructural and technological advancements, reviewed the progress made by the port through its Public-Private Partnership initiatives, and engaged with JNPT’s key stakeholders.

While addressing the press conference, Shri Sarbananda Sonowal, Union Minister of Ports, Shipping and Waterways, and Minister of AYUSH, Government of India, outlined how PPP-led synergies can transform and accelerate the country’s progress. With the majority of global trade carried by sea, ports are critical gateway infrastructure which connect an entire region and its inland transportation network (i.e. road, rails, inland waterways) to the international market. Therefore, public-private partnership at JNPT, will help developing strong, well-functioning maritime transport infrastructure is a key element of economic growth for the country. This initiative will become a means to manage port operations more effectively, as well as to develop new port infrastructure, traditionally both exclusively government functions.

He highlighted how JNPT has continued to lead India’s Port sector from the forefront through its EXIM-centric initiatives and world-class expertise in swiftly streamlining logistical operations, consequently emerging as a preferred ‘Port of Choice’ for trade. “I am confident that, through consistent tech advances and multimodal infrastructure development, JNPT will continue to navigate India’s port-led prosperity and anchor itself as a mega port by 2030,” Shri Sarbananda Sonowal added.

Commenting on the visit of the Union Minister, Shri Sanjay Sethi, IAS, Chairman, JNPT, said, “Today, we are delighted to have our Honourable Minister with us at JNPT. We have been able to showcase our Port’s achievements and ongoing advances. The Union Minister’s visit provided an opportunity for our Port stakeholders to directly engage with the minister and share their perspectives on India’s growing maritime sector and how maritime policies under his leadership can contribute to its overall growth. JNPT has been the key driver for India’s maritime sector; with consistent support and encouragement from the Ministry, we will certainly continue our upward growth trajectory, leveraging India’s export potential and maritime economy.” 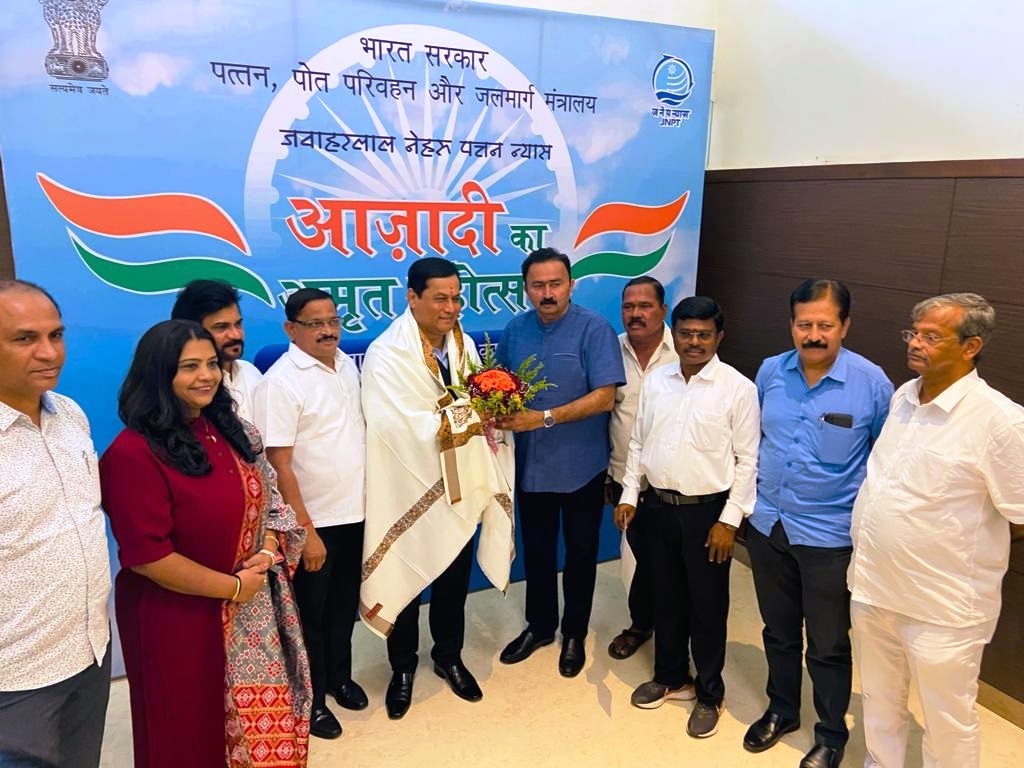 JNPT officials also briefed the Union Minister about multiple initiatives undertaken by the Port to enhance Ease of Doing Business, including the recently launched ‘Dwarf Container Train’ service and the status of Vadhavan Port and other JNPT-led infrastructure projects.

Earlier in the day, Shri Sanjay Sethi, IAS, Chairman, JNPT, and Shri Unmesh Sharad Wagh, IRS, Deputy Chairman, JNPT, welcomed the Union Minister, where he was accorded a guard of honour by the CISF personnel stationed at JNPT.

During his day-long visit at the Port, Shri Sarbananda Sonowal inaugurated the ‘Bhumipoojan ceremony’ of the JNPT Port Road Concretization Project at Karal junction and visited JNPT’s state-of-the-art Centralized Parking Plaza to review its tech-enabled operations at the CPP command centre. In addition, he also interacted with container truck drivers, who are an integral part of the maritime supply chain. The Union Minister also reviewed a presentation on terminal operations at the GTI House and boarded a vessel, followed by his visit to JNPT’s multi-product SEZ and Hind Terminal CFS. Also, the Union Minister explored ‘Smart Port Initiatives’ undertaken by BMCTPL and reviewed the progress of its phase two expansion.