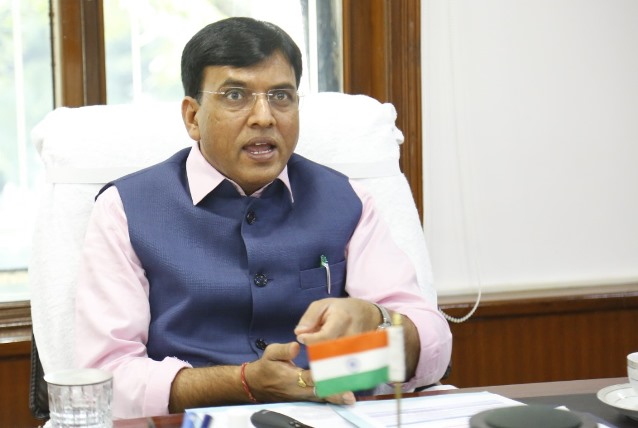 Parliament on 10 February passed the Major Port Authorities Bill, 2020. Shri Mansukh Mandaviya, Minister of State (I/C) for Ports, Shipping &Waterways moved the bill in Rajya Sabha and it was passed. Now, the Bill will go to the President of India for his assent.

With a view to promote the expansion of port infrastructure and facilitate trade and commerce, the Major Port Authorities Bill 2020 bill aims at decentralizing decision making and to infuse professionalism in governance of major ports. It imparts faster and transparent decision making benefiting the stakeholders and better project execution capability. The Bill is aimed at reorienting the governance model in central ports to landlord port model in line with the successful global practice. This will also help in bringing transparency in operations of Major Ports. This will empower the Major Ports to perform with greater efficiency on account of full autonomy in decision making and by modernizing the institutional framework of Major Ports.

The salient features of the Major Port Authorities Bill 2020 are as under: –

Reacting to the development, Mr. Rajiv Agarwal, CEO & MD, Essar Ports, commented: “The Major Ports Authorities Bill passed by the Rajya Sabha is indeed a revolutionary move in the Indian Ports Sector. The bill will provide regulation, flexibility and self-governance to the Major Ports of the country. It will develop a faster and transparent decision making process, which will help in the growth and development of Major Ports thereby enabling them to compete in the evolving market environment.”

On the passing of the Major Port Authorities Bill, 2020 by Rajya Sabha, Mr. Ankit Patel, Vice President and Co-Head, Corporate Ratings, ICRA, said: “The enactment of the Major Ports Authority Bill, 2020 has been a long-awaited reform. The bill envisions creation of a Board for each of the Major Ports replacing the existing Port Trusts. The Board will have the power to take decisions on tariff setting, land usage, dispute resolution, capex planning, fund raising and several other strategic issues at the Major Ports. The new autonomous structure should enable faster decision-making, infusion of professionalism and improvement in efficiency levels ensuring better usage of port assets, hence benefitting all the stakeholders.  According to ICRA, this is also positive in terms of attracting more private sector investments in Major ports under PPP regime, as the budget outlay for the sector is limited and capex requirements are large under the Sagar Mala initiative.”

*This story has been updated multiple times for adding reactions from the maritime fraternity.