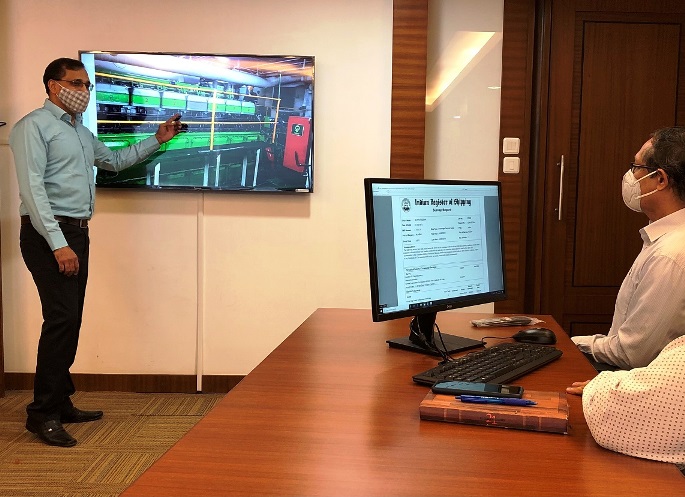 As the maritime world continues to reel under the shadow of the pandemic induced travel restrictions, IRClass ensured that ships continue to stay compliant with various IMO conventions and sail with valid certificates. Alternative means were adopted for evidence compliance by IRClass since 2020 when the travel restrictions were first introduced.

IRClass has developed remote survey capability for specific types of inspections using an online remote survey application backed up by a dedicated team which can support vessels anywhere in the world. It has developed the necessary remote survey guidelines which were released earlier this year. A dedicated facility with the requisite IT infrastructure has been put in place at its head office in Mumbai.

Following this authorisation, IRClass can now conduct Interim ISM/ ISPS & MLC audits, occasional in-water surveys and radio surveys which have been attended by a radio firm for ships under Panama Flag. Any other remote surveys will be undertaken after receiving specific authorisation from Panama Flag on a case-by-case basis. IRClass shall also be approaching other flags to be able undertake such surveys.

Mr. Vijay Arora, Joint Managing Director of IRClass said: “We are glad to receive the authorisation from Panama flag for conduct of remote surveys for Interim ISM/ ISPS & MLC audits, occasional in-water surveys and radio surveys. This authorisation will help us provide our services during the continued pandemic condition till the situation normalises to enable conduct of physical surveys. Our customers can benefit from access to our surveyors from any location in the world, faster completion along with documented evidence of survey completion. With the help of documentation, images, video (livestreaming and recordings), inputs provided by the Ship Manager and crew, IRClass provides the same level of assurance as an on-board survey.”