Ahead of the visit of the Prime Minister Shri Narendra Modi to Jakarta in May 2018, General (Retd.) Pandjaitan, who is on a 2-day visit to India met Shri Gadkari to discuss bilateral cooperation in the maritime sector between the two countries. The bilateral talks covered a wide range of topics including river rejuvenation, wastewater treatment, generating revenue streams from waste, enhancing shipping linkages between the two countries, developing ports and airports, training on light house technology and development of navigational aids.

Developing a cruise tourism circuit between Andaman and Nicobar Islands and Indonesia and thus implementing Govt of India’s vision to put India on the global cruise market both for ocean & river cruises under its Sagarmala programme was highlighted. Cooperation for developing alternative fuels such as natural gas and methanol for ships also featured in the talks.

For developing collaboration in Maritime Training & Education between India & Indonesia, both the ministers were keen to draw up an MOU between Indian Maritime University & Indonesian institutes for maritime studies.

It was decided by both Ministers to take up these areas of work in a proactive manner by arranging for exchange of information soon and establishing contact between technical teams on both sides. It was also decided that technical teams from Indonesia would visit India at the earliest to look at the experience of the Indian side on Ganga rejuvenation, development of National Waterways and training in the maritime sector.

The meeting was attended by a 10-member high level delegation comprising of senior officials of Department of Maritime Affairs, Indonesia, Chairman of Agency for the Assessment and Application of Technology (BPPT) and the Ambassador of Indonesia to New Delhi along with senior officials from the Ministry of Shipping. 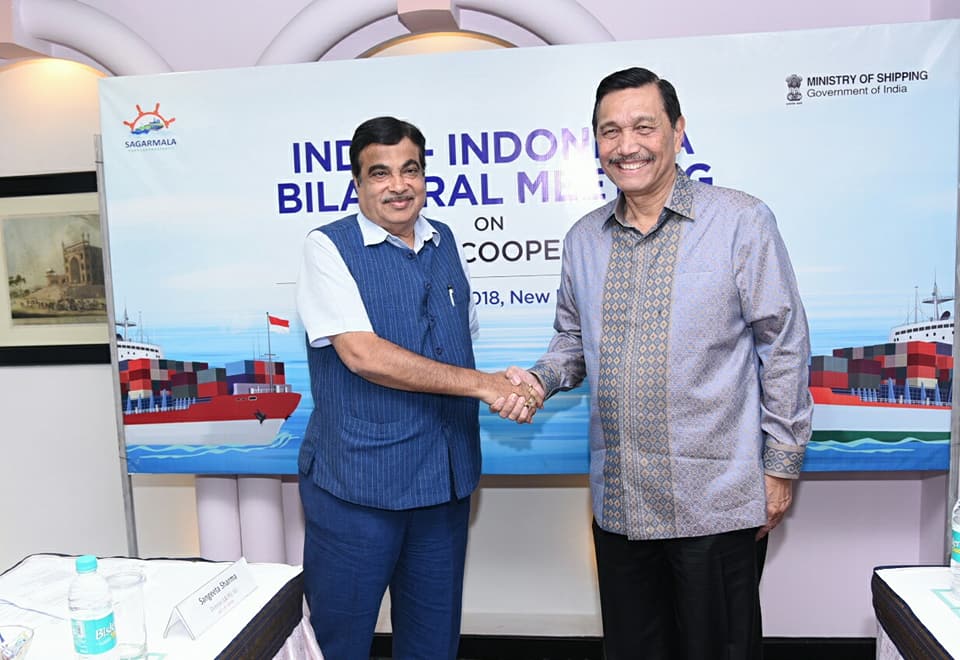