MSV Safeena – The Queen of the Andaman Sea 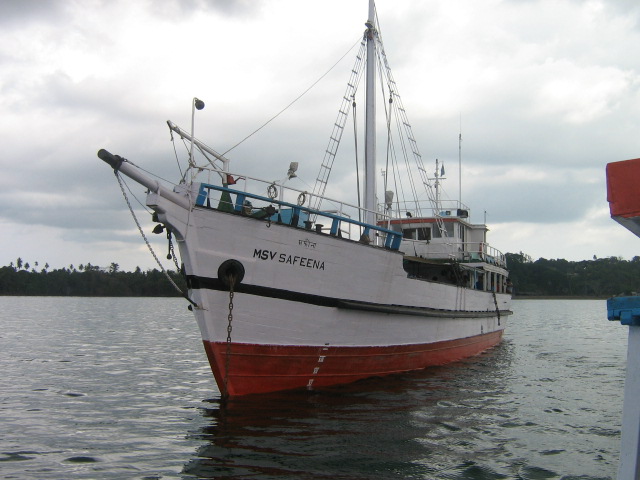 M.S.V.Safeena is the oldest running ship in Asia. In the 1990’s, it was registered in the Limca Book of records as the oldest running passenger vessel. The vessel was built in the year 1942 in Rangoon by The Royal British Navy as M.S.V. Arbastaan, and was later sold to R. Akoojee Jadwet & Company in 1945. The Jadwets named it as M.S.V. Safeena. The meaning of the word ‘Safeena’ in Arabic is ‘a boat’.

In the early decades of 1950s and 60s, it was the only lifeline of the Nicobar Islands. All the high officials of the islands, including the chief Commissioner and other dignitaries from New Delhi travelled in Safeena to the Nicobar Islands from Port Blair.

In the year 1977, on the request of Bishop John Richardson to Cassim Jadwet, the ship was sold to the Nicobari community as a cargo vessel of Ellon Hinengo Limited (EHL), a central tribal cooperative society that was started by the Jadwets.

M.S.V.Safeena has a great history and has also won many awards. The vessel has been always the favourite of Late Ebrahim Ali Hussain and Yusoof Jadwet of E.H.L. After the service to the islanders for 70 years, today it still serves as a cargo ship and is truly known as the queen of the Andaman Sea. 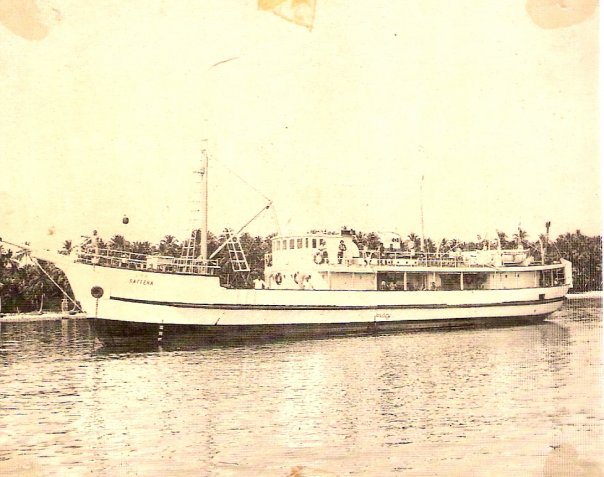 During the historic visit of Dr. Rajendra Prasad, Dr, Zakir Hussain, Ms Indira Gandhi, Mr Rajiv Gandhi and many more leaders to Car Nicobar, they were presented with a miniature model of M.S.V. Safeena by the tribal leaders of Car Nicobar.

Besides, the vessel from A&N Islands had also received the Indian Coast Guard Search and Rescue (SAR) Award for Merchant Vessel for saving nine lives few years ago.

Inarguably, MSV Safeena is a great gem that the remote Andaman & Nicobar Islands have and the local community has appealed to the A&N administration along with its owners to protect this beautiful treasure.