MISC, a world leading provider of international energy shipping and maritime solutions, has announced its financial results for the financial period ended 30 September 2017.

“Amidst difficult market conditions, the recent positive developments and accomplishments reflect our resilience in demonstrating excellent financial and operational performance as well as our ability to consistently create value across the Group and position ourselves well to leverage on growth opportunities. We remain optimistic that our strong presence in the markets will continue to sustain our development and provide the impetus to drive us forward.”

Group revenue for the latest quarter

The increase in Group revenue was however dampened by the lower earning days and freight rates for Petroleum segment as well as lower revenue from Heavy Engineering segment as most on-going projects are nearing completion.

Group profit before tax of RM706.2 million was higher than the corresponding quarter’s profit before tax of RM154.6 million. This increase is driven by higher operating profit and recognition of net gain on disposal of a joint venture of RM43.5 million in the current quarter. Furthermore, corresponding quarter included impairment loss on ship, property, plant and equipment of RM164.4 million. 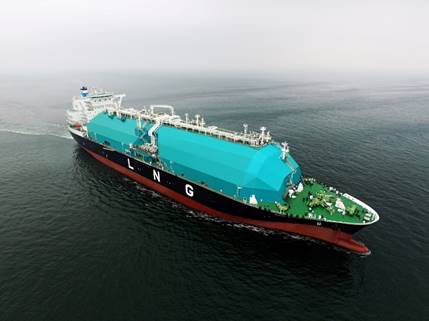 Group revenue for the 9 months period

Group revenue for the 9 months period ended 30 September 2017 of RM7,603.2 million was 7.4% higher than the corresponding 9 months period ended 30 September 2016 revenue of RM7,079.7 million. The increase in revenue was mainly due to the consolidation of GKL beginning May 2016 following completion of 50% of its equity buyback and higher variation works following GKL’s favourable adjudication decision. Furthermore, commencement of the construction revenue from Floating Storage and Offloading Vessel (“FSO”) Benchamas 2, lease commencement of Marginal Marine Production Unit (“MaMPU”) and three new LNG vessels have also contributed to the increase in revenue. Petroleum segment however recorded lower revenue over the 9 months period due to lower earning days and freight rates.

Group profit before tax for the 9 months period ended 30 September 2017 of RM1,961.5 million was 15.1% lower than the corresponding 9 months period ended 30 September 2016 profit before tax of RM2,309.5 million. This is mainly due to corresponding period’s profit included net gain on acquisition of subsidiaries of RM844.7 million, recognition of intangibles of RM47.5 million and higher share of profit from joint ventures.

Petroleum shipping demand continues to be affected by global production cuts in response to high crude inventory levels and low oil prices. This has also been exacerbated by the delivery of new tankers during the year. Nonetheless, seasonal demand during peak winter months will end the year on a firmer note for the petroleum shipping sector.

On the LNG shipping front, spot charter rates remains sluggish as a result of the tonnage oversupply situation led by higher vessel deliveries and older vessels coming off charter. Spot charter rates are however expected to pick up as countries start building up inventories to meet the winter heating demand. The present portfolio of long term charters in the Group’s LNG shipping business will continue to support the financial performance of this segment.

Expectation of a more stable oil price environment will pave the way for a gradual recovery in investments in the global offshore exploration and production space, especially for developments within the Atlantic Basin. Although opportunities may be limited, the current long term contracts in hand will support the financial performance of the Group’s Offshore business division.

Meanwhile, the Heavy Engineering business segment remains committed to managing costs, optimising its resources and improving operational efficiency to combat the challenging environment. Replenishment of order book from the marine segment and offshore services are progressing and remain a priority. While the segment has successfully secured several offshore fabrication projects during the period, the majority of the contribution will only be realised in 2018 and beyond.

Commenting on MISC’s expectations ahead, Mr. Yee Yang Chien said, “MISC will continue to pursue sustainable growth guided by MISC2020, our 5-year masterplan, with emphasis on advancing the growth of our core business segments. Sustainability continues to be integral to MISC’s overall business agenda and, throughout all aspects of our operations, MISC is committed to conduct our business in a responsible and respectful manner with respect for the wider economic, social and environmental impacts of our activities.”

“We continue to accomplish notable milestones during this quarter and the recent months which includes MISC becoming a Strategic Partner of the Global Maritime Forum, a platform that is dedicated to unleashing the potential of the global maritime industry and is committed to shaping the future of global seaborne trade. MISC was recently acknowledged as the Tanker Operator of the Year at the Lloyd’s List Asia Pacific Awards 2017, highly regarded as a global mark of recognition within the shipping industry.”

“With a clear sense of purpose towards achieving our aspirations to consistently provide better energy related maritime solutions and services, as well as fulfilling the expectations of our key stakeholders, it will be an exciting journey ahead for the MISC Group as we continue our efforts in moving energy to build a better world,” added Mr. Yee Yang Chien.