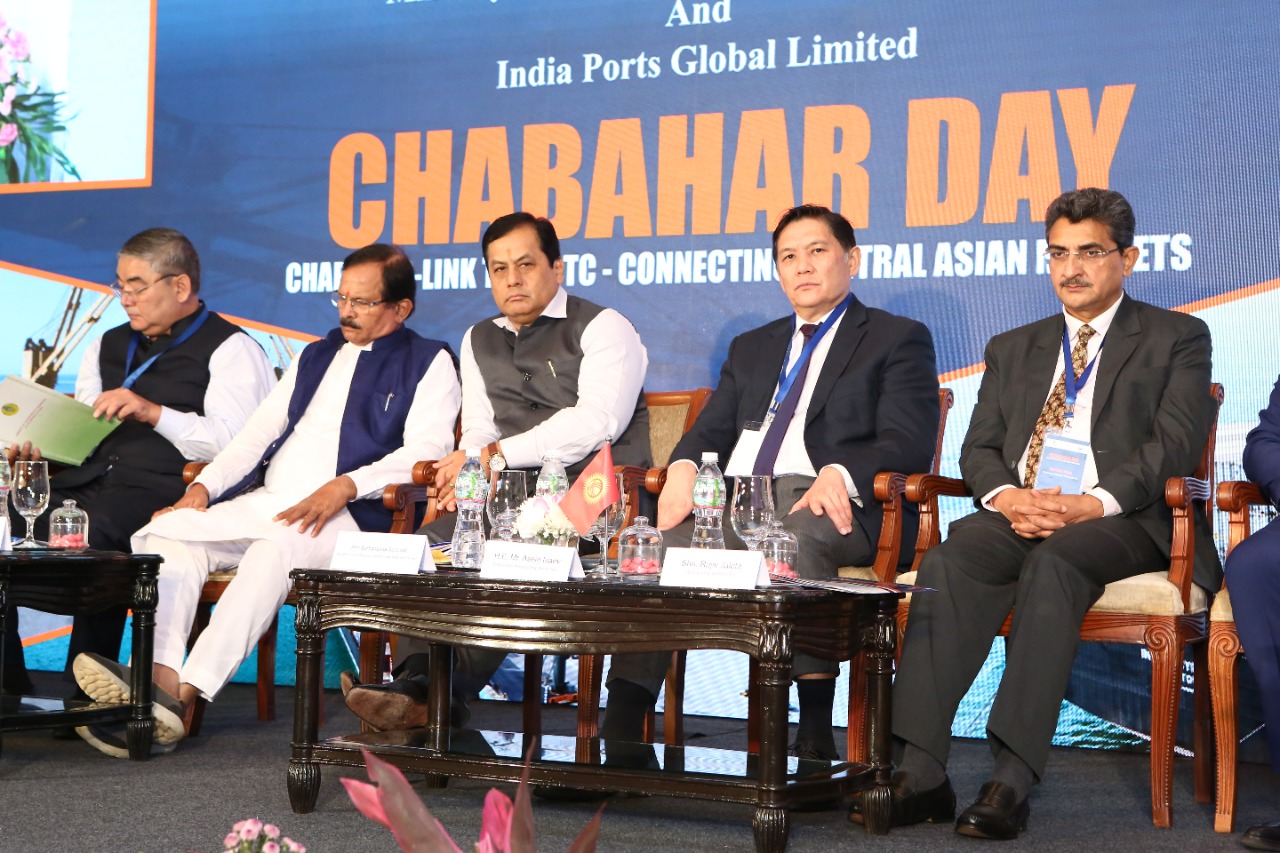 The Union Minister of Ports, Shipping & Waterways (MoPSW) and Ayush, Sarbananda Sonowal on 31 July affirmed India’s commitment towards unlocking the trade potential with the Central Asian region through the use of Chabahar Port in Iran.

The Union Minister was interacting with the high level diplomatic delegation from Central Asian Countries here in Mumbai on the occasion of Chabahar day. The day is celebrated to mark the beginning of International North-South Transport Corridor (INSTC) – an Indian vision to economies movement of cargo between India and Central Asia. The Chabahar Port located in Iran is the commercial transit centre for the region and especially Central Asia.

Mr Masoud Ostad Hossein, Advisor to the Minister & Head of the Centre for International Affairs of Ministry of Road & Urban Development, Iran; Rajeev Jalota, Chairman, Indian Ports Association; JP Singh, JS Pai, and Sunil Mukundan, MD, IPGL were the honorable dignitaries who graced the event along with other esteemed guests.

Speaking at the event, the Union Minister Sarbananda Sonowal said, “Under the visionary leadership of Prime Minister Narendra Modi ji, India is working towards developing an alternative vista with the Central Asian region in order to unlock the huge trade potential that belies this strong relationship India enjoys with the Central Asian countries. The idea of INSTC via the vibrant Shahid Beheshti Port at Chabahar in Iran is an idea to connect the two markets using a multi modal logistical corridor. This will rationalise our logistics cost which will contribute towards the trade volume between the two regions. The Chabahar Free Trade Zone is an opportunity for the logistics companies to reap allowing the trade to bloom. Once we start exploring this route for trade, we will be able to rationalise our logistical cost, in terms of money and time, helping build an economical, faster, & shorter route between the two regions. I would like to take this opportunity to request all of you to take this message ahead to make your business community aware about the opportunity and potential that this route may unlock.”

During the event, the delegates from the Central Asian countries highlighted how Chabahar link with INSTC can play a vital role in boosting EXIM trade in their regions and its potential to further boost development in the landlocked countries. During the day-long event, several presentations & Govt to business sessions took place. Presentations & speeches were given by Chairman IPA, MD IPGL, FFFAI & Joint Secretary, Ministry of External Affairs, Govt of India. The meeting concluded with a vote of thanks presented by Shri Unmesh Sharad Wagh, IRS, Director Operations, IPGL.