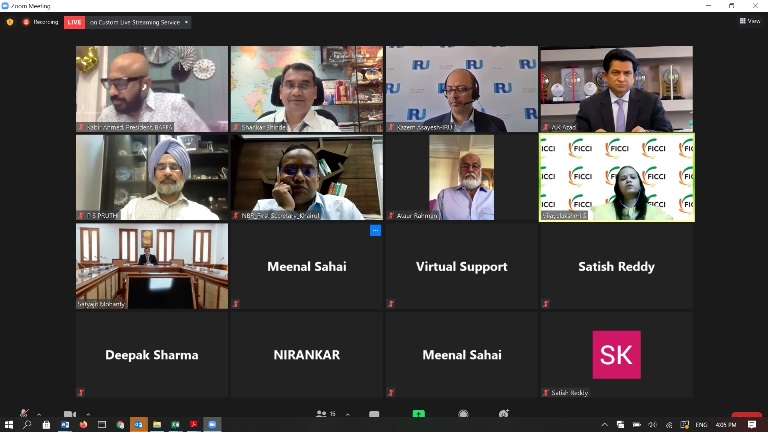 In view of tremendous potential of cross border trade between Bangladesh, Bhutan, India and Nepal (BBIN) Mr Shankar Shinde, chairman-elect, the Federation of Freight Forwarders Associations in India (FFFAI), has recommended for seamless multimodal connectivity and strong logistics infrastructure in each of the above countries.

Speaking at a webinar on ‘UN TIR System and its benefits of expansion to Bangladesh and other BBIN countries’, which was organised by FICCI in association with IRU Geneva, ICC Bangladesh and FFFAI on 25 March, Mr Shinde observed that accession to TIR Carnet would be immensely beneficial for the hassle-free cross border trade in this region. It would be pertinent to mention that FFFAI is one of the associates of TIR Carnet and have been working with the Government of India for International North South Transport Corridor (INSTC) project, under TIR Carnet.

Mr Shinde also emphasised on well-defined policies to be framed up by the respective governments and well-trained officers including Customs and allied agencies engaged at the border check posts. Based on the INSTC route experience, where FFFAI had launched a trial run of containers, Mr Shinde stated that point to point vehicle movement would be the pragmatic solution instead of re-working of unloading and reloading transshipment, to save cost and reduce dwell time. Accordingly, accession to TIR would expedite the process in this regard. He, however, highlighted various other challenges as regard to cross border cargo transportation, as witnessed in INSTC route. Mr Shinde further suggested that the governments will have to provide more impetus on private logistics companies, NVOCC or multimodal logistics operators’ participation in the BBIN project and also important would be to create a BBIN website portal with complete information for trade participation and addressing issues.

According to Mr Mohanty, TIR is one of the oldest established and functioning conventions and India being a party to it has a lot of potential to push trade and connectivity to a very different level. Mr Mohanty added that accession and adoption to a global convention like TIR can promote seamless cross-border movement of cargo vehicles in much lesser timeframe. It also gets rid of a lot of procedural formalities and inspection of goods at the cross borders.