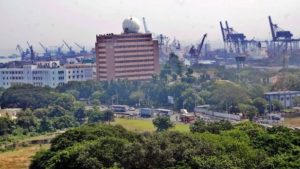 When the system was introduced three months ago, not a single exporter in the country would have thought for a second that they would be at this stage within few months.

Delays in processing tax refunds under the new Goods and Services Tax regime has locked up the funds of exporters, hurting their businesses and affecting their ability to be competitive in international markets.

For the second time in two weeks, a delegation of exporters met Finance Ministry’s top officials –Revenue Secretary Hasmukh Adhia, who is heading a committee set up to look into the GST-related issues that India’s export sector is facing on 19 September, and the very Finance Minister Arun Jaitely with their concerns on 28 September. The high-level meetings by the exporters itself sends out a message that all is not well in the system.

During the meeting, the Federation of Indian Export Organisation presented a wish list to secure the interest of the trade as well as the exporters from the GST conundrum.

One of the main demand was that the government should fast-track the refunds process for exporters or as much as Rs 65,000 crore of their money could get stuck in the July-October period, affecting their ability to do business.

The Goods and Services Tax, which was implemented from July 1, subsumes all the indirect taxes that businesses earlier paid the Centre and states separately, with the aim of creating a common market. It involved a complete overhaul of the tax filing system.

Under this new regime, companies are given the opportunity to claim refunds for the taxes they pay while buying inputs for their businesses, such as raw materials. However technical glitches, among other things, have meant that the government has repeatedly pushed back the deadline for filing GST returns, delaying tax refunds too. Exporters claim that they are suffering the most.

Indian exports were not doing particularly well in the pre-GST months of this year in the first place. The rate of export growth in rupee terms slowed during the March-July period before rising again in August. But exporters now fear that this growth could be undone by the negative effects of GST.

The process of claiming refunds is taking much more time than was envisaged because deadlines for the filing of returns are constantly being pushed back.

According to an information booklet prepared by the government on GST for exporters, 90% of the refund amount would be processed within a week of the receipt of the refund application while the rest 10% would be paid within a maximum period of 60 days. The booklet says that “interest @ 6% is payable if full refund is not granted within 60 days”.

Earlier this month, the Union government took note of the complaints of exporters and ordered the Adhia-led committee to be set up. It has been tasked with providing recommendations to fix the problems exporters face. The committee is scheduled to meet next on October 6. However, it remains to be seen if the GST Council, headed by Finance Minister Arun Jaitley, acts on its recommendations.