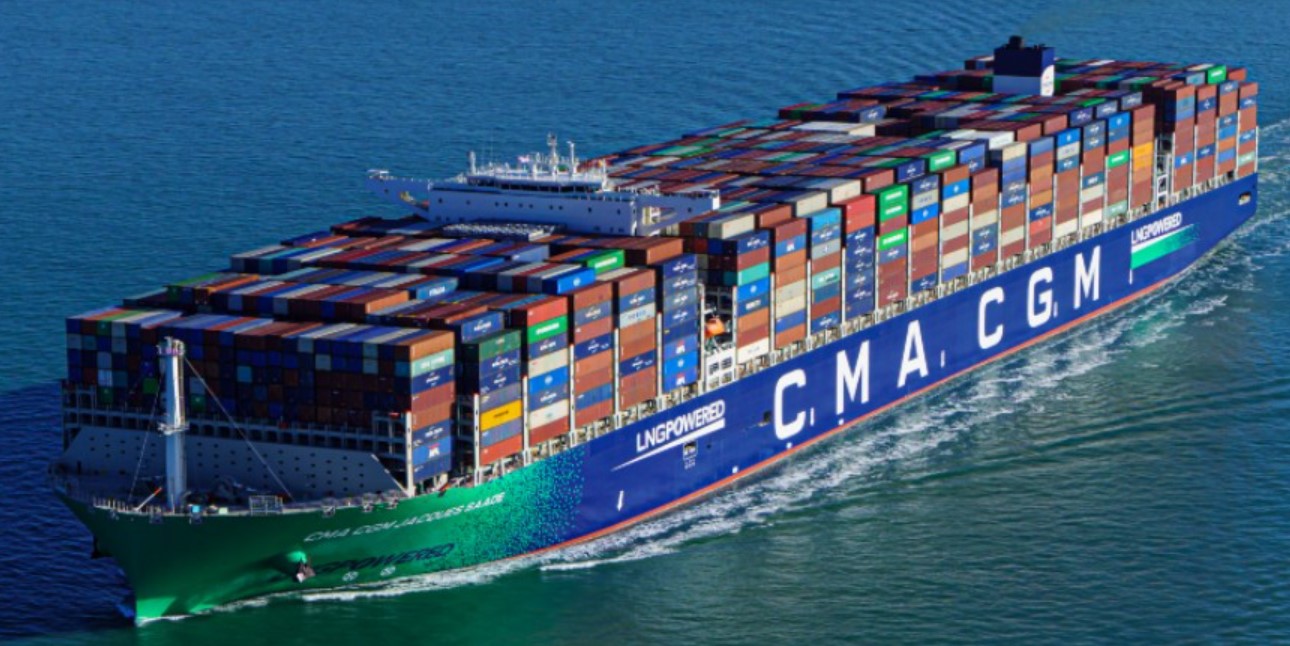 The Board of Directors of the CMA CGM Group, a global player in sea, land, air and logistics solutions, met today under the chairmanship of Rodolphe Saadé, Chairman and Chief Executive Officer, to review the financial statements for the third quarter of 2022.

Commenting on the results for the period, Rodolphe Saadé, Chairman and Chief Executive Officer of the CMA CGM Group, said: “The CMA CGM Group once again recorded strong results in the third quarter. Over the past two years, we have significantly strengthened our financial structure and developed our business through the entire supply chain. Declining demand has prompted a return to more normal international trade flows and a significant reduction in freight rates. In this new environment, we will continue to invest to strengthen our positioning in maritime shipping and logistics, accelerate our energy transition and provide our clients with even more efficient solutions.”

The third quarter of 2022 was shaped by persistent geopolitical tensions, which spurred higher inflation and dragged down consumer spending, which is increasingly shifting to services in the wake of COVID-19. These factors dampened freight demand, but also helped to ease a certain amount of port congestions.

In this environment, the CMA CGM Group pursued its strategy of strengthening its shipping, port, logistics and air freight capabilities, while making a significant commitment to energy transition.

The Group was also impacted by the unstable geopolitical situation, specifically by the increase in unit bunker costs driven by higher energy prices. On a like-for-like fuel consumption basis, these higher energy prices led to a year-over-year increase of USD 822 million in bunker costs in the third quarter of 2022. The slowdown in shipping demand pushed down spot freight rates, particularly on main East-West routes.

To meet the energy transition challenges, the CMA CGM Group is pursuing its strategy of upgrading and increasing fleet sustainability, with: Two new 15,000-TEU, e-methane ready, dual-fuel container ships during the third quarter, the CMA CGM Galapagos and the CMA CGM Greenland, both French-flagged.

The CMA CGM Group is committed to achieving Net Zero Carbon by 2050 and intends to accelerate the energy transition in shipping and logistics, led by an enhanced energy mix.

The acquisition of GEFCO was approved by the European competition authorities in July 2022. As a European leader in contract logistics, specialized in finished vehicle shipping and other automotive logistics, GEFCO plays a key role in maintaining production line integrity across the European automotive industry.

Thanks to several acquisitions completed since the beginning of the year, CMA CGM has strengthened the capabilities of the Group’s subsidiary CEVA Logistics by integrating expertise and skills in e-commerce, last-mile delivery and automotive logistics, adding more than 12,000 employees.

The Group enhances its position as a port operator

The Group owns equity stakes in 50 port terminals in 33 countries. Its port operations are strategically designed to support the growth of its shipping lines and to enhance the quality of its customer services.

In the third quarter of 2022, CMA CGM bolstered its investment portfolio by winning, in association with its partner J M Baxi, the tender for the privatization of the Nhava Sheva terminal in India. Signed on July 29, the concession agreement will support business development on the west coast of India, while upgrading and expanding a 700-meter-long container terminal berth at the Jawaharlal Nehru Port to deliver enhanced capacity and quality of service. The investment has strengthened the CMA CGM Group’s position in a fast-growing regional and global market.

Creation of a €1.5 billion Fund for Energies

In September, the CMA CGM Group announced the creation of a Fund for Energies, backed by a five-year, €1.5 billion budget, to accelerate its energy transition and achieve Net Zero Carbon emissions by 2050. The Fund is dedicated to increasing the pace of decarbonization across the Group’s worldwide ocean, ground and air freight shipping activity, as well as its logistics business.

In particular, the Fund for Energies will support the development and industrial-scale production of renewable energies (biofuels, biomethane, e-methane, green methanol, etc.), while accelerating the decarbonization of port terminals, warehouses and land vehicle fleets.

The Fund follows on from projects that have already been identified and launched:

The Salamander Project will produce 11,000 tonnes of second-generation biomethane per year starting in 2026. Its target is to generate 200,000 tonnes of renewable gas per year by 2028.

A biomethane production and liquefaction project, developed with Titan, will produce up to 100,000 tonnes by 2025, with the possibility of doubling output by 2027.

As a partner in the Jupiter 1000 project in Fos, the CMA CGM Group aims to continue working with the consortium on means to mass-produce low-carbon e-methane for its ships and provide solutions to the challenges of decarbonizing gas networks.

Group: robust financial performance and a further reduction in debt

Revenue stood at USD 19.9 billion in the third quarter of 2022, mostly driven by the Group’s maritime shipping business.

EBITDA came to USD 9.15 billion, representing an EBITDA margin of 46%.

The Group continued to strengthen its balance sheet, supported by its operating performance. Net debt totaled USD 78 million as of Sept. 30, 2022, (after accounting for current financial investments), down USD 5.3 billion from June 30, 2022.

Maritime shipping revenue amounted to USD 15.7 billion, up 25.8% year-over-year, but down 2% compared to the previous quarter, reflecting the decline in spot freight rates that began in the second quarter and continued into the third quarter.

EBITDA stood at USD 8.65 billion in the third quarter. The year-over-year increase in EBITDA margin was supported by an average revenue of USD 2,771 per TEU during the period. Quarterly EBITDA was down 5% on the previous quarter.

Logistics revenue totaled USD 4.34 billion in the third quarter of the year, while EBITDA came to USD 359 million.

Growth was primarily led by the maritime and air freight activities. The contract logistics business continued to recover. The division’s revenue and EBITDA growth was also lifted by the acquisitions of Ingram Micro CLS, Colis Privé and GEFCO.

The latter, whose acquisition was completed in late July, contributed USD 750 million to Logistics revenue for the period.

The health crisis and the shifting consumer spending patterns that drove strong demand during lockdowns have placed unprecedented strain on the world’s supply chains. These strains are tending to subside in the wake of recent developments in world trade, reflecting a much more uncertain economic environment, which is being deeply affected by geopolitical tensions.

The Group expects energy costs to remain high, weighing directly on its operating expenses and, more generally, on consumer spending, particularly in Europe. This inflationary environment, combined with monetary policies, is clouding the outlook for economic growth, despite measures to support consumer spending, again notably in Europe.

The Group therefore expects to see a faster return to more normal freight rates in the fourth quarter and lower margins. The Group is therefore closely monitoring the geopolitical developments and their potential impact on the economic outlook, but nevertheless remains confident in its financial strength and ability to adapt to the uncertain environment. Chennai: Port Wings News Network: With the cost of Methyl bromide, a fumigant used to …