In a media note released by Chairman Mr.Y.Leeladharan, in the AGM, that many points were discussed which would suitably be taken-up with the respective Authorities in order to facilitate the Trade to handle vessels/cargoes under safe and secured manner.  Chairman also mentioned that India being signatory to TFA and CHENSAA being one of oldest Ship Agents Association, will contribute their best for the growth of the Country in all respects. 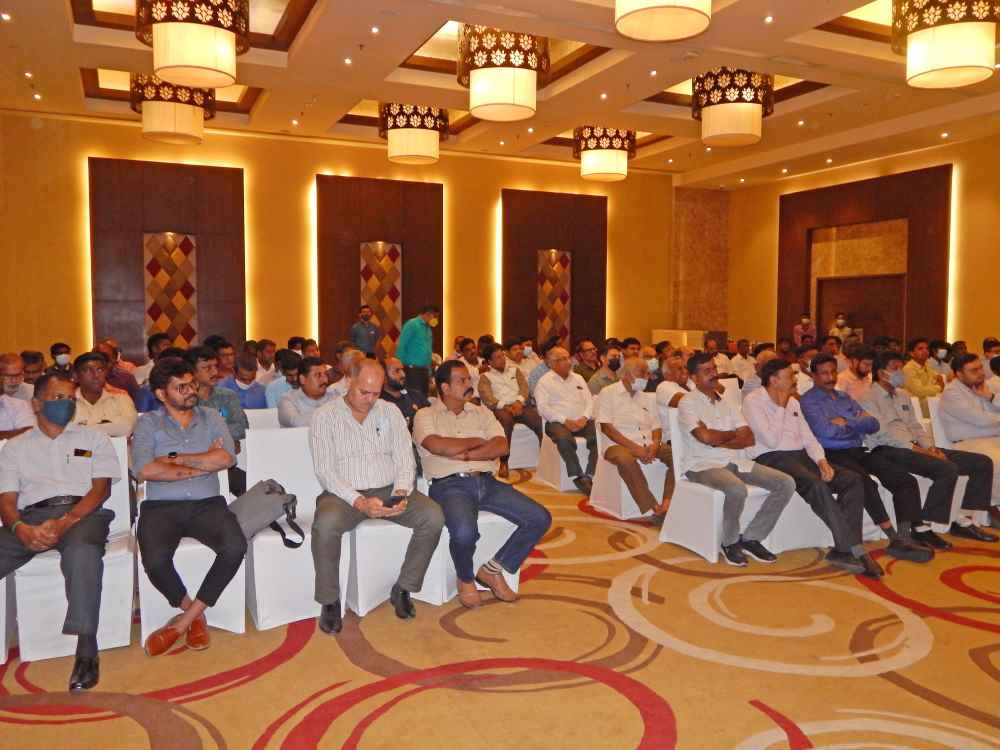 The Chairman of the Association Mr.Y.Leeladharan read the Annual Report of the Association for the year 2021 – 2022 and briefed the initiatives taken by CHENSAA. He thanked his team for taking their time in attending various meetings and their timely contribution helped to resolve several issues within the time. He also mentioned few important achievements of the Association during the period.

Chairman thanked the Chief Commissioner of Customs, Commissioners and all officials of Customs for their kind guidance to its members for smooth compliance of latest regulations under ease of doing business. He also thanked The Chairman/Dy.Chairman and Officials of Chennai Port Authority and the Terminals and The Chairman and Managing Director and the officials of Kamarajar Port and Adani Kattupalli Port/Terminals for extending their support to its members.

Chairman highlighted that as and when required, an effective joint discussion had with Trade bodies viz. CCBA/NACFS/FIEO/Chambers/ Terminals /CII/ Ports and Customs/others concerned to streamline the procedures under the Ease of Doing business and thanking all of them for extending their kind co-operation.

With regard to IGST Refund/Drawback issues, Chairman opined that despite taking several measures/assistance extended by Customs, though the numbers have come down, still the EGM pendency/errors exist which is taking additional time/manpower of the stake holders/Customs officials to resolve/clear the issues.  Being Shipping Lines, they file EGM in Customs Icegate by transferring the data/details which received from their Customers viz. Customs Brokers/ Consolidators/ Freight Forwarders.  Under the circumstances, inorder Shippers to avail Drawback/IGST refund on time, Chairman urge FIEO/all Chambers to call for AN AWARENESS joint Virtual meeting, under the guidance of Chief Commissioner of Customs, Chennai Custom House which would help to discuss on the precautions required by respective stake holders to clear the issues at each stage which would no doubt generate EGM without any error/pendency.  CHENSAA would be pleased to join the meeting inorder to clear the queries, if any raise by the Shippers fraternity.  Mr.Leeladharan requesting ICDs/SEZs/respective Officials/CCBA/Consolidators Association and MNCs /Freight Forwarders Association/NACFS to be part of the meeting.

Regarding handling of Transshipment Containers:

Mr.Leeladharan highlighted that despite relaxing Cabotage Law, the trade could not succeed in handling more number of volumes as predicted by our honourble Shipping Ministry and we are sure that further easing of procedures by Customs as adopting in neighboring Countries, will no doubt achieve MIV 2030.

Below procedures may be considered by CBIC:

a)Both at Origin & Gateway Ports, understand compliance of ETP process is taking enormous time.  Hence, request to dispense with ETP procedures as the laden containers delivered to terminal/custodian upon complying Customs procedures for loading on to the vessel at Origin Port for discharge at Gateway Port.

b)No EGM to be filed by the Shipping Lines at Origin Port.

c)Subsequently the containers which off-loaded at Gateway Ports to be auto-permitted to load on the mother vessel (without any delays – under hot connection) by accepting the details of such containers either by E-Mail or Hard copies, from the Shipping Lines which may be verified by the Officials by availing load list from respective terminals at a later date.

d)On sailing of the mother vessel, Shipping line files the EGM (SDM) with which shippers may kindly be facilitated to avail Draw Back and IGST Refund.

e)Once the Laden containers been loaded on board vessel/BL been issued, it is the responsibility of Shipping Line to deliver the containers at destination on time irrespective of Transshipment Ports are involved.

Mr.Leeladharan is also of the opinion that focusing/clearing the micro level issues may lead to successful implementation of Macro level projects as planned.  A large number of CHENSAA members attended the AGM. Vizag: Port Wings News Network: In a letter to the exchanges, Dredging Corporation of India …