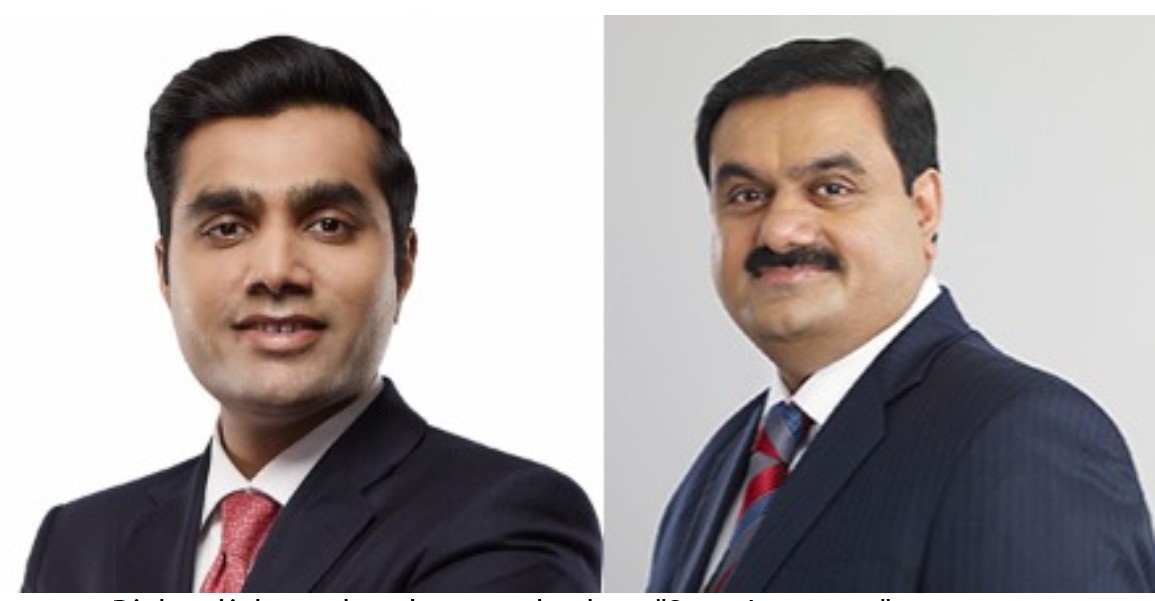 Adani Ports and Special Economic Zone Ltd (“APSEZ”), the largest transport utility in India, on 8 August announced its results for the first quarter of FY2023.

“Q1 FY23 has been the strongest quarter in APSEZ’s history, with a record cargo volume and highest ever quarterly EBITDA. This is a 11% jump on a robust performance in the corresponding quarter last year that witnessed the post-Covid demand surge,” said Mr Karan Adani, CEO and Whole Time Director of Adani Ports and Special Economic Zone. “The company continued this strong performance in July and recorded 100 MMT of cargo through-put in the initial 99 days of FY23, a feat never achieved before.”

This performance was delivered by both the businesses – ports and logistics. The ports business, on the back of 8% Y-o-Y growth in volumes, delivered a 18% jump in EBITDA. The logistics business too experienced a robust growth, with EBITDA increasing 56% Y-o-Y. The EBITDA margin of the logistics business expanded 370s bps due to economies of scale and increased share of the GPWIS revenue stream.

With APSEZ set to commission two new terminals in the coming months, this growth story will gain more momentum. The container terminal at Gangavaram Port will become operational next month, while the 5 MMT LNG terminal at Dhamra will be ready by December end. This LNG terminal has a take-or-pay contract with couple of O&G majors.

The logistics business will also be boosted by the assets commissioned during the quarter. This includes a MMLP in Taloja, three agri-silo storge terminals with a combined capacity of 0.15 Mn MMT (one each at Panipat, Kanoj and Dhamora,), warehousing capacity of 0.6 Mn sq. ft, two new trains under the GPWIS framework and 125 trailer trucks for providing the last mile connectivity at three MMLPs (Patli, Nagpur, and Kishangarh).

“Our strategy of connecting port gate to customer gate through an integrated utility model is starting to yield results,” added Mr Karan Adani. “We are confident of achieving our full year guidance of 350-360 MMT cargo volumes and EBITDA of Rs 12,200-12,600 Cr. APSEZ remains committed to its philosophy of ensuring sustainable growth in partnership with our key stakeholders.”

The growth in cargo volume was led by dry cargo (+11.2% increase), followed by containers (+3.2%), and liquids including crude (+5.6%). The automobile segment, though a small proportion of overall volumes, saw a 120% jump in volumes.

Mundra continues to be the largest container handling port with 1.65 Mn TEUs versus 1.48 Mn TEUs managed by JNPT during the quarter. Mundra, crossed 50 MMT of cargo volumes in the initial 111 days of FY23.

The GPWIS cargo volumes more than doubled to 3.11 MMT on Y-o-Y basis.

Orders placed for more trains under the GPWIS framework, thereby taking the total order count for the year to 37. Purchase order also issued for 107 tipper trucks.

Consolidated revenue (excluding Gangavaram) was almost flat Y-o-Y at Rs 4,638 Cr, given the Rs 725 Cr decline in revenue from the SEZ business segment. This decline is well in line with our expectation and is factored in our full year guidance for FY23.

Revenue from the logistics business stood at Rs 360 Cr, a growth of 34% on account of improving container and terminal traffic, and also the bulk segment with overall increase in the rolling stock.

Consolidated EBITDA (excluding Gangavaram) grew by 11% to Rs 3,005  Cr on the back of revenue growth for the Ports and Logistics business.

Logistics business EBIDTA grew by 56% to Rs 96 Cr, and the margin expanded by 370 bps to 27%. This was aided by increase in cargo volumes, cargo diversification, elimination of loss- making routes and operational efficiency measures.

Gangavaram port, reported revenue of Rs 414 Cr and EBIDTA of Rs 280 Cr in Q1 FY23. These numbers are currently not consolidated in APSEZ results.

Progress on fuel switch: Out of 13 Quay Cranes, electrification of 4 was completed and purchase order of 100 electric ITVs was placed.

Carbon offsetting: APSEZ issued fresh work orders for 800 Ha of mangrove plantation given the increase in its afforestation target from 5,000 Ha to 6,000 Ha.

Stakeholder engagements: Impact assessments on some of our key community focused initiatives were concluded by three different independent agencies. The outcome in terms of benefits to the community is encouraging.

Net-zero planning process: We are formulating our net zero plan for submission to the Science Based Target Initiative (SBTi).

The implied EV/EBITDA multiple of the transaction is 7.5x, considerably lower than the trading multiple of APSEZ.

We anticipate the deal to be 75% debt financed, and APSEZ’s equity contribution to be around Rs 1600 Cr.

This deal marks APSEZ’s entry into a developed market, in the busy Suez Canal, and will help the company expand its footprint in Europe.

Real Estate development is a key component of the deal, and HPC is provided with 300 dunams (eq. to 75 acres) of total land parcels for commercial real estate development.

With equity investment likely to be recovered in the initial 4 years, significant value creation is possible over the remaining concession period of 28 years.

OSL is India’s leading third-party marine services provider with 94 seaworthy vessels at its disposal, including 75 Tugs.

OSL’s acquisition at an enterprise value of Rs 1,700 Cr translates into an EV/EBITDA multiple of 5.7x based on FY22 estimated EBITDA.

With the transaction already completed, OSL’s financials will now be consolidated with APSEZ.

With 41.9% stake in GPL, APSEZ currently consolidates it as an associate company. APSEZ has signed an agreement for acquiring the balance 58.1% stake held by DVS Raju and Family and has sought NCLT approval to conclude the transaction.

Post-approval from NCLT during the current quarter, GPL will be consolidated retrospectively from 1 April 2021.

APSEZ was recognized by the Chief Minister of Gujarat for its initiative on plastic waste collection from the villages around Mundra and its sustainable disposal.

Adani Logistics has been awarded the ‘Best Rail Freight Service Provider’ and ‘Best Logistics Infrastructure and Service provider’ by the Government of India during the first-ever National Logistics Excellence Awards to private sector companies for its contribution in driving change and innovation in the logistics sector.

*APSEZ financials don’t include Gangavaram port numbers, but the cargo data includes Gangavaram number also; The marginal decline in Y-o-Y revenue is in the SEZ business segment, and is factored in our annual guidance for FY23 Chennai: Port Wings News Network: DP World has won the latest in a string of …