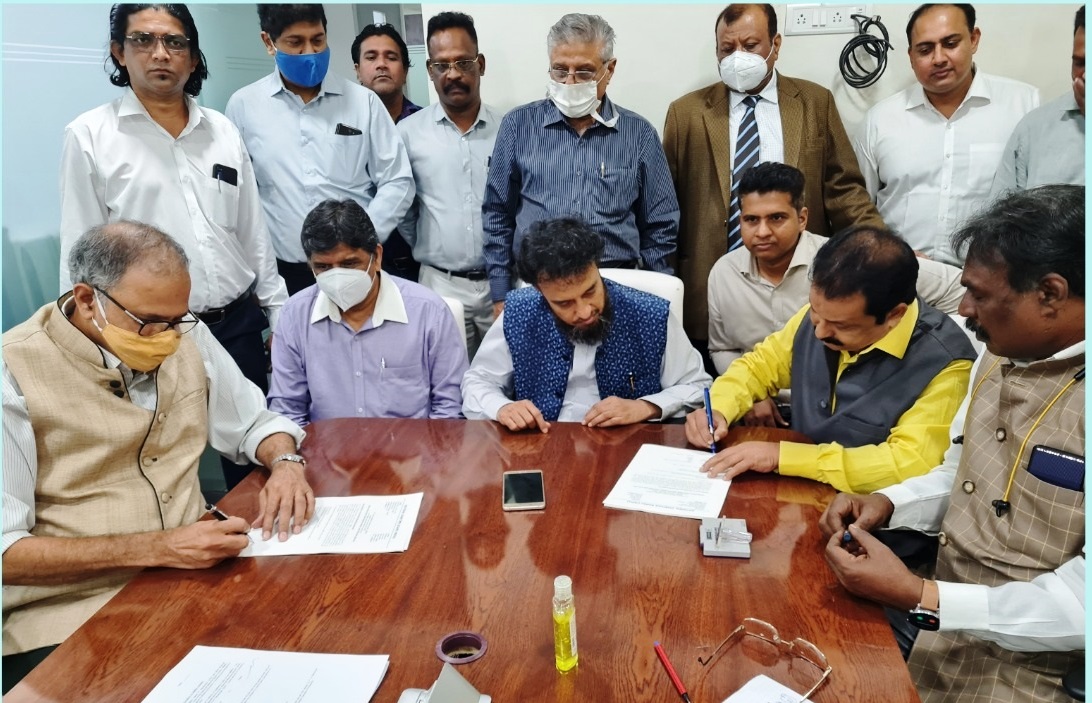 National Union of Seafarers of India (NUSI) on 7 December announced that the National Maritime Board (India) – NMB(I) agreement has been signed for Ratings and Petty Officers serving on Foreign Going, Home Trade, Offshore Vessels of the Indian flag. According to NUSI, a new agreement has also been achieved for the first time for Harbour Tugs.

It may be noted that the last date of the NMB(I) agreement was 31 March 2019. NUSI had given a strong Charter of Demand for the upward revision of the NMB(I) agreement.  The negotiation started and the shipowners did not want to give any increase in the wages and terms and conditions. Shipowners wanted minus salary and reduction in existing salary in the Home Trade and Offshore vessels stating that the times are “very bad” due to Covid-19 pandemic and huge losses.  But NUSI strongly defended the interests of the seafarers and demanded NO MINUS SALARY – NO REDUCTION IN SALARY from the shipowners.

The main points on the NMB(I) agreement:

2)The NMB(I) agreements will be for the calendar year to be from 1 January to 31 December.

3) There will be merging of some allowances which will appear as “Special Allowance”.  Due to many allowances, some companies are cheating our seafarers and not giving all allowances. The intention of merging is to simplify and make easy for seafarers to follow and keep track of their actual entitlements.

4) Foreign Going: An overall increase of more than 40 percent for Ratings and more than 30 percent for Petty Officers in the basic wage alone for the next three years. There will be arrears amount for 21 months service period from 1 April 2019 till 31 December 2020.

5) Home Trade: An overall increase of more than 20 percent for the Ratings and Petty Officers in the basic wage alone for the next three years. There will be arrears amount for 21 months service period from 1 April 2019 till 31 December 2020.

6) Offshore:  There will be moratorium from 1 April 2019 to December 2020.  An overall increase of more than 10 percent for Ratings and more than seven percent for Petty Officers in the basic wage alone for the next three years. There will be an increase of leave for the Off-Period for the Ratings from 75 days to 77 days effective from 1 January 2021.

9) All cases of seafarers on articles and discharged on medical grounds and resulting in death and permanent unfitness, while they are taking treatment at company expense will be compensated under the Death and Disability Clause.

10) All things being equal, the companies will re-employ seafarers who have sailed with them earlier based on their appraisal reports.

11) Companies will have training courses to enhance the skills of individual seafarers.

12) Companies will have robust grievance procedures.

13) Companies will have counselling structures for the wellbeing of the seafarers mental health.

14) There will be no discrimination amongst any rank of seafarers in their entitlements in discharging their professional duties or on the basis of culture, race, caste, creed, religion, region etc.

Savings Clause: Notwithstanding anything contained in the agreed terms, no Rating or Petty Officer shall stand prejudiced of any benefits or privilege given as per earlier agreements except to the extent that they are revised by this document.  The terms and conditions of the earlier agreement not revised will continue to be in force.

This “SOLID” agreement was possible due to the support and the trust which our seafarers and their family have for NUSI.