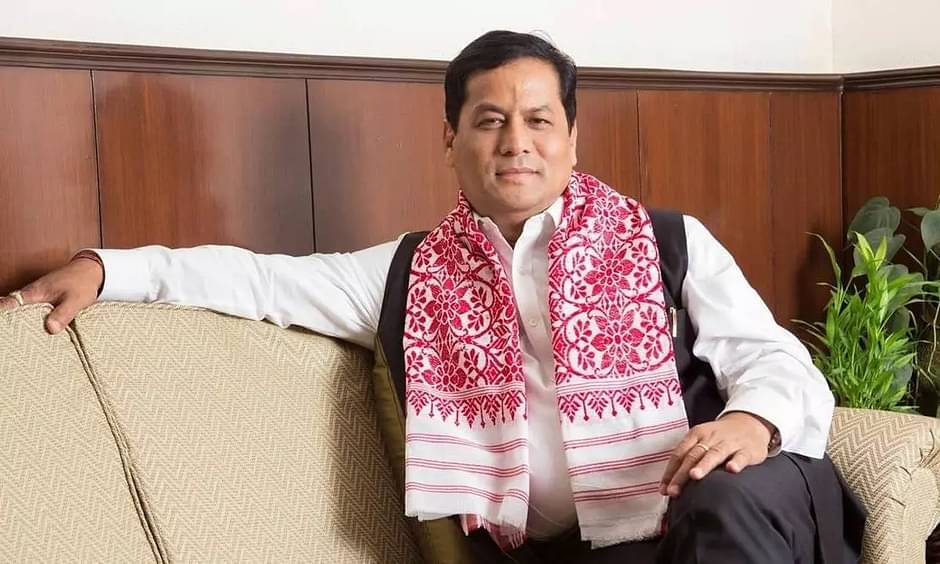 The Prime Minister on March 02, 2021 inaugurated the ‘Maritime India Summit 2021’ through video conferencing. The summit was organized by the Ministry of Ports, Shipping and Waterways and conducted on a virtual platform from 2ndto 4thMarch, 2021. 486 MoUs were signed for Maritime India Summit 2021 by 22 Maritime Ports/Agencies/Authorities for INR 3.39 lakh crore or USD 47.02 Bn across different subsectors. A compendium of 400 Investible Projects for INR 2.24 lakh crore or USD 31.08 Bn for investment was released for the Summit. During the three days of the summit, a number of important announcements were made.

The Prime Minister launched the Maritime India Vision 2030, which contains the targets to be achieved by Maritime Sector over the next decade alongwith the strategies related to each of the stakeholders of MoPSW. Sagar-Manthan: Mercantile Marine Domain Awareness Centre (MM-DAC) which is an information system to enhance maritime safety, search, rescue capability and environment protection was also launched.

About 1.90 lakh delegates registered for the summit.

16 international ministers from 11 nations joined the summit for different sessions.

A total of 55 CEOs attended the CEO’s forum, which include 31 international CEOs and 24 Indian CEOs.

A total of 22 CEOs attended the CEO’s roundtable, which include 11 International and 11 Indian CEOs

A total of 185 speakers attended various thematic sessions during the summit, which included 124 Indian speakers and 61 International speakers

A total of 70500+ Visitors were recorded at the end of three days of the summit.

An Memorandum of Understanding signed between Ministry of Ports, Shipping and Waterways and Ministry of Civil Aviation on 15.06.2021 to jointly facilitate the development of “Non-scheduled/Scheduled operation at sea plane services within territorial jurisdiction of India under RCS-UDAN scheme.

In order to further improve the viability of Public Private Partnership projects the following initiatives have been taken:

To attract more PPP projects and to give flexibility to PPP operators, revised MCA has been issued in November, 2021 with the approval of  Minister of Ports, Shipping and Waterways.

Maritime India Vision 2030 was formulated by the Ministry of Ports, Shipping and Waterways with the objective of propelling India to the fore­front of the Global Maritime Sector in the next decade.Detailed discussions involving 350+ stakeholders from all parts of the maritime sector viz. ports, shipyards, inland waterways, trade bodies & associations, ministries, legal experts, national and international industry experts were undertaken. Substantial deliberations and ideations running over More than 250 different brainstorming sessions, study of 100+ global benchmarks & best-in-class examples, and anal­ysis of 50+ Acts and Laws (including state & envi­ronmental) have led to development of MIV 2030. Over 150 initiatives covering 515 key activities across 10 themes encompassing all the facets of maritime sector have been identified to form the building blocks for future of the Indian Maritime sector. 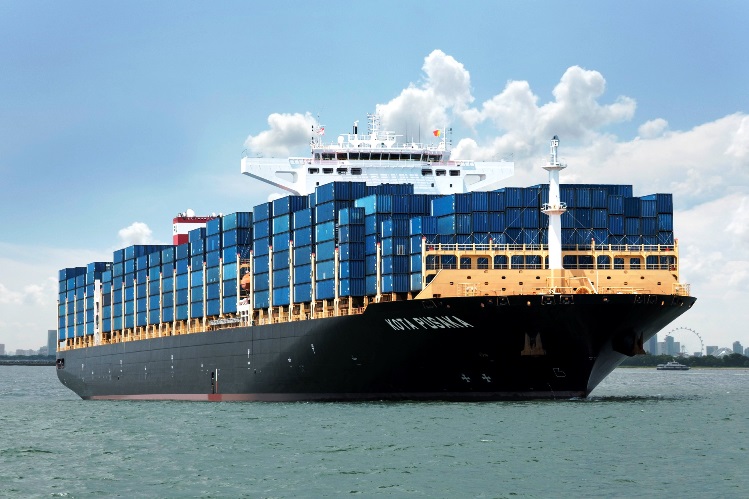 MIV 2030 envisions an overall investment of INR 3,00,000 – 3,50,000 Cr across ports, shipping, and in­land waterways categories. This Investment amount excludes projects already under implementation stage as part of Sagarmala project. This vision roadmap is estimated to help unlock INR 20,000+ Cr worth of potential annual revenue for Indian Ports. Further, it is expected to create an additional 20,00,000+ jobs (direct and non-direct) in the Indian maritime sector.

Major strides have been taken at the major ports towards the digitization of key EXIM processes. The PCS 1x has digitized processes such as Electronic Invoice (e-Invoice), Electronic Payment (e-Payment) and Electronic Delivery Order (e-DO) for physical release of cargo by custodians. Further, the process of generation of electronic Bill of Lading (e-BL) and enabling the Letter of Credit (LC) process to be conducted digitally have already been implemented in the PCS 1x. There is also going to be complete integration between PCS 1x and Indian Customs EDI Gateway (ICEGATE). Partial integration has been completed (PCS 1x is integrated with ICEGATE via SFTP for existing messages, further for SCMTR messages PCS 1x-ICEGATE is getting integrated for API integration). Further, the Radio Frequency Identification Device (RFID) solution has been implemented at all major ports to enable seamless movement of traffic across port gates, including substantial reductions in documentation checks. All Major ports have already implemented Radio Frequency Identification Device (RFID). Up gradation and integration with recent technologies- IGoT, Block Chain to ease transaction and real time basis tracking has been envisaged in Maritime India Vision 2030. Further the process to bootstrap PCS 1x into National Logistics Portal-Marine (NLP-Marine) is already underway which will act as a Unified Digital Platform all maritime stakeholders. NLP Marine + PCS 1x platform is envisaged as the central hub for all interactions with various stakeholders viz. Port, Terminals Shipping Lines/ Agents, CFS and Customs Brokers, Importer / Exporter etc.

An Enterprise Business System (EBS) is being implemented at 5 Major Ports (Mumbai,  Chennai, Deendayal, Paradip, Kolkata (including HaldiaPort)) with project cost of approx. 320 crores) to provide a digital port ecosystem that will adopt leading International Practices without losing its alignment to existing local needs. A total of 2474 processes (ChPT – 671, DPT – 376, KoPT – 501, HDC – 374, MbPT – 278 and PPT – 274) were rationalized, harmonized, optimized and standardized to arrive at a final reengineered process count of 162 processes

The Cabinet approved the project of Deepening and Optimizing of Inner Harbour Facilities of Western Dock at Paradip Port under PPP mode with total estimated cost of Rs. 3004.63 crore. The scope includes Western Dock berths, Capital dredging in the channel and in front of the berths and all other ancillary equipment and facilities. The proposed project envisages construction of Western Dock Basin to handle cape size vessels with an ultimate capacity of 25 MTPA in two phases of 12.50 MTPA each. The project will cater to the requirement of coal and limestone imports besides exports of granulated slag and finished steel products.

(vi)  The Prime Minister dedicated the 8-laning of Korampallam Bridge and Rail over Bridge to the Nation and laid the foundation stone for 5 MW Ground-Based Solar Power Plant at VOC Port, Tuticorin, through video conferencing from Coimbatore.

(i)         Inauguration of projects by Prime Minister

Prime Minister digitally launched Mahabahu Brahmaputra in Assam on 18.02.2021 and inaugurated the following initiatives of IWAI: –

Flagging off of 4 Ro-Pax vessels to be operated by Govt. of Assam.

MV JFR Jacob – for service between Guwahati and North Guwahati.

Foundation stone for construction of 4 tourist jetties at Jogighopa, Pandu, Biswanathghat and Neamati.

Foundation Stone for construction of IWT terminal at Jogighopa.

Dedication of IWAI digital portals Card and PANI to the Nation

In presence of Union Minister for Ports, Shipping and Waterways, IWAI signed MoUs on 26.08.2021 with:

A Stakeholder Conclave was organized on “Waterways as Engine of Growth” at Guwahati on 27th August, 2021. Minister of State for Ports Shipping & Waterways and stakeholders participated in the Conclave.

The Cargo movement on National Waterways continued to be encouraging. This year so far 54.03 Million Ton has been achieved from April-October 2021 against 37.22 Million Ton last year for the same period recording 45.15% increase.

Parliament on 02.08.2021 passed the Inland Vessels Bill, 2021, which aims to replace over 100 years old Inland Vessels Act, 1917 (1 of 1917) and usher a new era in the inland water transport sector to make the Legislative framework user friendly and promote ease of doing business.

As a part of its on-going Diamond Jubilee celebrations of SCI, and also to commemorate the International Women’s Day on March 08, 2021, SCI achieved a historical feat when Shri Mansukh Mandaviya, Minister of State (Independent Charge) for Ports, Shipping & Waterways, virtually flagged of the “All Women Officers’ Sailing” on MT Swarna Krishna – SCI’s crude oil carrier from JNPT Liquid Berth Jetty on March 06, 2021.

On the occasion of ‘Day of the Seafarer’, which was virtually celebrated on 25th June, 2021, Shipping Corporation of India (SCI) was recognized and conferred with the prestigious National Maritime Day Celebration Award for the historic journey of M.T. Swarna Krishna, being the first Indian Flag vessel with all Women Officers on board.

The Marine Aids to Navigation Act, 2021 has been notified and published in the Gazette of India by Legislative Department, Ministry of Law & Justice on 2nd August, 2021 after getting the President’s assent on 31st July, 2021. The Bill was passed by Lok Sabha on 22ndMarch, 2021 and by the Rajya Sabha on 27thJuly, 2021. The Act aims to replace over 90-year-old Lighthouse Act, 1927, to incorporate the global best practices, technological developments and India’s International obligations in the field of Marine Aids to Navigation. The new Act will facilitate harmonized and effective functioning of aids to marine navigation and Vessel Traffic Services along the Indian coastline.

(v)        Promotion of flagging of merchant ships in India

In order to achieve the objective of Atmanirbhar Bharat, the Union Cabinet has approved a scheme to provide Rs.1624 crore over five years as subsidy to Indian Shipping companies in global tenders floated by Ministries and CPSEs for import of government cargo.

On 10.11.2021, Shipping Corporation of India (SCI) incorporated a wholly owned subsidiary “Shipping Corporation of India Land and Assets Limited” pursuant to approval of Board of Directors based on the concurrence given by this Ministry and NITI Aayog for hiving off the Non-core Assets of the Company as a part of the Demerger under SCI’s strategic Disinvestment process.

(viii)    Agreement between India and Maldives

Agreement for augmenting marine safety, security and environment protection in the region through cooperation in the LRIT system between India and Maldives was signed on 30.09.2021 at Male by Minister of Transport and Civil Aviation on behalf of the Government of the Republic of Maldives and High Commissioner of India on behalf of the Government of India.

(viii)     Inauguration of Lighthouse at Valiyazhikkal

Union Minister for Ports, Shipping & Waterways inaugurated a new Lighthouse at Valiyazhikkal in Alappuzha district of Kerala in the presence of Alappuzha MP, on 30th October, 2021. Construction of the lighthouse will immensely benefit the mariners plying in this Kerala region and the local fishermen will benefit for Day mark in day time and Safe return in Night time from the sea. After obtaining the Coastal Regulatory Zone (CRZ) clearance and other statutory clearance, the 41.26 metre height pentagonal RCC tower with elevator and allied buildings have been constructed and the lighthouse is currently on trial run since 03rd June, 2021.

During the drive Minister of Ports, Shipping & Waterways took meetings with the officials of Ministry on the special campaign for disposal of pending matters and issued written instructions on the issues such as Clean India Drive directly to all officers/ Staffs to take necessary action in this regard. Main Secretariat of the Ministry Weeded out 5179 files, organized Swachhta Pakhwada, freed 561 Sq. Feet of floor area and Organizations of this Ministry weeded out 160700 files and 8294 obsolete equipment / furniture disposed of during the campaign.

The Sub-Nodal Agencies under this Ministry i.e., Directorate General of Shipping and Indian Port Association identified 124 compliances for reduction of same in Phase-I and Phase-II. The progress of RCB was reviewed regularly and the target of reducing the all 124 identified items was achieved before 15th August, 2021.

Ministry of Ports, Shipping and Waterways has prepared week wise programme for the celebration of Azadi ka Amrit Mahotsav from March, 2021 to August, 2022 which include programmes for foundation stone laying and inauguration at Major Ports. 27 organizations under the Ministry have organized various activities like Essay Writing Competition, Singing Competition of Patriotic Songs/Inspirational songs, Quiz on National Freedom Movement and India’s rich Culture & Heritage. Programmes on Nutrition, Exercise and Yoga by organizing various competitions have also been done. Programmes for providing Assistance to Old Age Home, Health checkup camp, Eye camp and training programmes for employees and family have also been organized. As on date, around 124 programmes have been organized by various organizations under this Ministry and around 104 programmes details uploaded on Ministry of Culture website after the celebration. 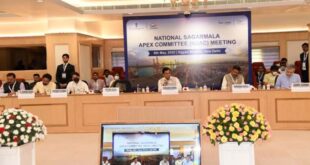 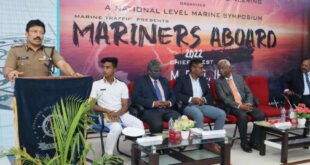 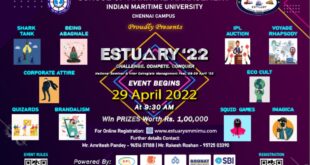