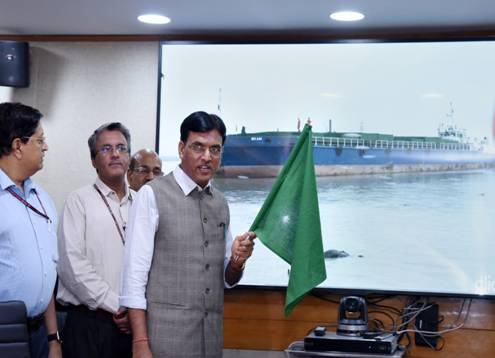 In the year 2019, the government has undertaken several important progressive policy interventions and new initiatives to accelerate the overall development of the shipping sector.

Enactment of the landmark Recycling of Ships Act, 2019; accession to IMO’s Hong Kong International Convention for Safe and Environmentally Sound Recycling of Ships in November, 2019; measures to promote employment of seafarers; improved connectivity with neighbours and other countries for ease of movement of cargo and passengers; emphasis on cruise tourism; taking up new projects under flagship Sagarmala project are some of the key highlights of achievements of Ministry of Shipping in the year 2019.

The main achievements of Ministry of Shipping during 2019 are as below:

India became a prime destination for green ship recycling with the passing and enactment of the landmark Recycling of Ships Act, 2019. India has also acceded to IMO’s Hong Kong International Convention for Safe and Environmentally Sound Recycling of Ships in November,2019.The new Act provides a legislative framework for implementation of the provisions of the Hong Kong Convention. It also contains provisions of the Convention which are not covered in the Shipbreaking Code (Revised), 2013.Withenactment of this Act, ship recycling volume is expected to double by 2024.

India has become the first country in the world to issue Biometric Seafarers Identity Document (BSID) capturing the facial biometric data of seafarers. The new document will give a foolproof identification to our seafarers which will facilitate their movement across countries, providing ease of getting jobs and also helping in identification at any location in the world.

The year 2019 saw a series of international cooperation agreements and events. In order to boost the bilateral trade with other countries and to ensure cooperation and coordination in the maritime sector, severalMoUs weresigned with neighbouring, South Asian and other countries like Bangladesh, Nepal, Myanmar, Bhutan Maldives, Denmark and Sweden.One of the significant MoUs signed between India and Maldives will pave the way for ferry and cargo services between Maldives & Kerala. Another agreement has been signed with Sweden for mutual recognition of the certificates of seafarers in December, 2019. This will enable the employment of Indian seafarers on-board Swedish flag ships.

In another significant development, to promote movement of passenger, cruise services andcargo transit to North East Region (NER),thealternative connectivity route via Bangladesh’s Chattogram and Mongla Portswas first timeused to North East Region.This will increase trade volumes and reduce logistic costs of the cargo. Eight routes are also provided under the Agreement which would enable access of NER via Bangladesh.

A MoU was also signed with the Germany for technology collaboration for the Central Inland & Coastal Maritime Technology (CICMT) at IIT Kharagpur during the state visit of German Chancellor.

India and Nepal have agreed to include Inland Waterways connectivity as an additional mode of transport in the Treaty of Transit.An Indian waterway was used for transportation of cargo between Bangladesh and Bhutan, using India for transit on 12.07.2019, for the first time ever.

Three Memorandums of Understanding (MoUs) were signed between Ranong Port (Port Authority of Thailand) and the Port Trusts of Chennai, Vishakhapatnam and Kolkata. These MoUs will enhance economic partnership by cutting down the sea travel time between India and Thailand from 10- 15 days to 7 days.

India has improved its ranking under the Trading Across Border (TAB) parameter of Ease of Doing business (EoDB) from 80 to 68. This impressive record has been facilitated due to various measures like Direct Port Delivery (DPD), Direct Port Entry (DPE), Introduction of RFID, Installation of scanners/container scanners, Simplification of procedures etc., taken by the major ports.

With state of the art facilities developed at Mumbai Port, four cruise ships docked on the same day in November, 2019 at Mumbai port, a momentous occasion in its history.

Inaugural cruise services were started between Dhaka and Kolkata this year.Four cruise vessels have already travelled between India and Bangladesh in 2019.

The number of seafarers increased from 1,54,349 in 2017 to 2,08,799 in 2018 and to 2,31,776 in 2019. India has seen an unprecedented growth of Indian seafarers employed on-board Indian and foreign flagged vessels, as a result of cumulative impact of decisions of the Government to improve the quality of Maritime Training, increase in the training capacity, increase in the number of training berths, standardization of course curriculum and course material, improvement in examination system and above all by ease of doing business brought through simplified processes and with e-governance modules in the year 2019.

An agreement has been also signed with Sweden for mutual recognition of the certificates of seafarers in December, 2019.

For skill development, under the Phase 2 of Sagarmala DeenDayalUpadhyaya Grameen Kaushal Yojana (DDUGKY) for convergence for skill development in Port and Maritime Sector has been launched in Gujarat, Maharashtra, Kerala, Andhra Pradesh and Tamil Nadu. Besides this dedicated training centres have also been inaugurated in Kerala, Andhra Pradesh and Tamil Nadu.A Multi Skill Development Centre (MSDC) in Maritime Logistics at Jawaharlal Nehru Port Trustwas also inaugurated in 2019. The MSDC will provide skill development in Maritime Logistics to over 1050 students per year in the Port and Maritime sector. Multi-skill Development Centres (MSDC) are being setup at all major ports.

The foundation stone for the Central Inland & Coastal Maritime Technology (CICMT) at IIT Kharagpur was laid in March, 2019. The establishment of CICMT signifies a major leap in indigenous innovation and cutting-edge technology support to the Port and Maritime sector directly contributing to the Sagarmala programme and support ‘Make in India’ and is based on close collaboration amongst government, academic institutions and industry to make applied research relevant to day to day ground work in the port and maritime sector.

A MoU was also signed with the Germany for technology collaboration for the centre during the state visit of German Chancellor.

The first ever BIMSTEC Conclave of Ports was held in India in 2019. The conclave provided a platform to strengthen maritime interaction, port-led connectivity initiatives and sharing best practices among member countries.

In 2019, upgraded Port Community System has been introduced for all ports. The system enables seamless data flow between the various stakeholders through common interface. To move towards complete paperless regime, E-DO (Electronic Delivery Order) through PCS made mandatory along with e-invoicing and e-payment. The RFID Operation at KDS, CCTV Operations at Kolkata Dock System (KDS) and Rabindra Setu and three Truck Parking Terminals at KDS was also inaugurated in 2019. The RFID system will provide single window system to the port users for obtaining permit/ passes through cashless transactions.

Two multipurpose berths at Deendayal Port, Kandla were inaugurated by in March, 2019. The new berths would help in reducing the congestion in the port. In 2019 a 400 bedded Super Specialty Hospital at Paradip Port at an estimated cost of Rs.200 crore with an option to further develop a Medical College and expand the hospital on PPP basis.

The ministry has undertaken several initiatives to promote Coastal Shipping,as coastal shipping isthe top most priority of the Ministry under Sagarmala. In order to continue this pace and seek further growth of coastal trade, a perspective plan up to year 2025 on development of coastal shipping in India has been prepared by Asian Development Bank. The plan takes a holistic view of the coastal shipping sector discerning its potential and challenges and addresses them with necessary infrastructure, regulatory and commercialintervention.

The Ministry of Shipping has approved setting up of a National Maritime Heritage Complex at Lothal with total cost of Rs 478.9 Cr, the first of its kind world class complex in the country to showcase India’s rich Maritime Heritage dating back from Harappan times.

The Prime Minister Shri Narendra Modi dedicated to the nation, the Multimodal Terminal at Sahibganj (Jharkhand) in September, 2019 at Ranchi, Jharkhand.

For a closer and active interaction between the Central Government and the Maritime States/UTs for augmenting the infrastructure development and safety & security of the ports, as ports play a vital role in EXIM Trade,17thMaritime State Development Council was held in October 2019.

India was re-elected to the IMO Council under Category “B” – States with the largest interest in international seaborne trade as the Assembly of the International Maritime Organization (IMO) has elected new membersfor IMOCouncil for the biennium 2020-21.

Under the current financial assistance scheme on shipbuilding (2016-2026), financial assistance of Rs. 39.7 crore for seventeen vessels has been released to four Indian shipyards. Further amended and consolidated guidelines have been issued in February, 2019 to facilitate Indian shipyards to be more competitive internationally and to boost building of river water dredgers of 10 m and above. 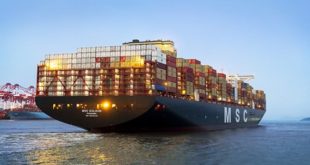 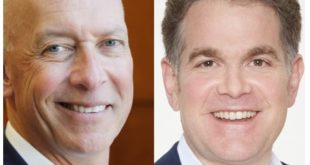 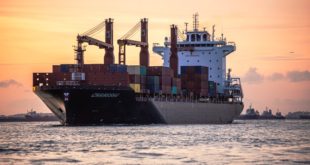