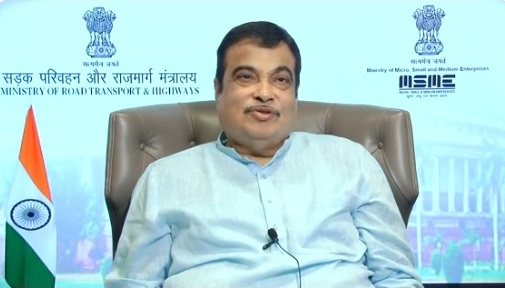 In an online interaction with members of the Domestic Air Cargo Agents Association of India titled “Rebooting Transportation Logistics & Air Cargo” on 30 June 2020, Gadkari said he will speak with defence minister Rajnath Singh to use assets such as decommissioned Air Force planes for cargo.

This, he said, will make exports of certain commodities more viable, enhance incomes of people and benefit the nation. “The government will support your efforts. The point is we need to get maximum work done by our assets and elicit maximum utility to keep costs low.” He said India needs to bring down its logistic cost from the existing 13%.

Gadkari stated: “I have many suggestions for air cargo movement. There is a lot to do, especially in the case of fruits, vegetables and fish. Our marine economy is worth ₹1 trillion. We want to scale it up to ₹6 trillion, but our biggest problem is transportation.”

An efficient air cargo ecosystem will help in exporting items like prawns from cities like Nagpur to Dubai and Singapore, he added.

Gadkari said higher logistics costs have been one of the challenges for industry, with costs in India much higher than in China and the US.

He said the 12-lane Delhi-Mumbai expressway that is in the works is expected to drastically cut travel time between the two cities. “The number of trips taken by a truck will also increase and cost will go down.”

Welcoming the guests, President DACAAI, Amit Bajaj stated that the importance of domestic air cargo movement in the country was demonstrated during Covid lock down when along with airline, airport operators, DACAAI members & their staff were in forefront of moving Essential supplies, PPE Kits, Pharmaceuticals, Ventilators, Medical Equipment, Face masks etc. across the country, disregarding risk of their own self.

Amit Bajaj, President, DACAAI brought out the issue of mandating Truck manufacturers in India to encourage usage of bio diesel fuel which is much cheaper than diesel, in order to reduce logistics cost as well as reduce import of crude oil.

Nitin Gadkari stated that currently production of bio diesel in India is very less. His ministry was working on this issue and experimenting to make bio fuel from Parally, sewage and organic waste. It will take some time to make bio diesel usage compulsory. He asked the truck owners to think and purchase LNG trucks and bigger double axle, high tech trucks of higher capacity which will bring the transportation cost lower.

Mrs Vandana Aggarwal, informed that MoCA was facilitating the cargo operators with any difficulties to address the inter-ministerial issues affecting them. She requested, Shri Gadkari to recommend bringing Jet Fuel under GST, which was 40% cost of aircraft operation, which will reduce the logistics cost of air carriage considerably. She informed that MoCA had also operationalized Air Cargo Community System for use by all stakeholders in paperless mode which will also reduce costs.

Shri Suraj Aggarwal, Secy General, raised the issue of GST which was 18% on transportation by air for perishables, while Sea was exempt and Rail/Road was charged at 5%. Shri Gadkari stated that this was an genuine important issue and wanted a paper to be sent to his office for consideration. Shri Gaurav Ghuwalewala the Minister to consider mandating provision for payment to MSMEs within 45 days to maintain cash flow management, Shri Gadkari said while the issue was absolutely important, at this time Covid was a priority and he will certainly look into it in 4-6 months time.

Mr Keku Gazder, informed that during Covid, AAI CLAS was fully operational to facilitate movement of essential commodities, PPE kits and other supplies. He informed that the crisis had taught many new things and brought new opportunities. On infrastructure, the AAICLAS was expanding its facilities to match the capacity. Shri Dinesh Kumar, Hon. Secretary, requested that airlines, CTOs/airport operators must keep the freight and handling charges low so that more volumes move by air and thereby more income to all stakeholders. Regarding high terminal handling charges, Mr Keku Gazder stated that AAICLAS had the lowest Terminal handling charges.

Shri Suman P Singh, Joint Secretary-Logistics, MoRTH stated that the in India 60% transportation was by road where as it was much more by waterways in other countries. MoRTH is working on 35 Multimodal Logistic Parks with connectivity of Rail, Road, Air and Sea. We have to reduce freight charges, and the handling charges. Our warehouses must be bigger and mechanized to attain economies of scale. The Storage must be with cold chain for fruit vegetables and perishables. On Procedural part ministry is working on fully automated multimodal logistic parks and in paperless mode. The multimodal parks at Chennai, Nagpur & Aizwal are getting operational. 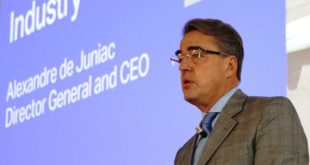