Trade Suggests Options to Erase Congestion Out of Chennai Port

For the past 15 years, the Chennai Port is suffering from continuous congestion in terms of inefficient container handling. Due to that sluggishness, nearby ports are getting more volume and growing rapidly. The current volumes handled by nearby ports are actually the one that moved away from Chennai port due to the heavy congestion.

The Big USA buyers such as ‘Gap Inc’, Walmart and Decathlon do not prefer Chennai Port for their movement mainly due to the port congestion, uncertainty of planned vessel connection, and also inefficiency of operational handling.

With reference to improve productivity in container terminals in the port and to move out congestion from Chennai Port permanently, we, as one of the leading players in the logistics supply chain system, would like to give our suggestions to change the present situation.

Per Shift 10 hrs = 1666 Units divided by 88 Units per Day per RTG= Per Shift requirement is 19 RTGs. Do these terminals deploy adequate RTGs per Shift?

The shortage of required RTGs in the port yard has caused slow handling of containers and ultimately creates congestion. It is the major hindrance to the trade. 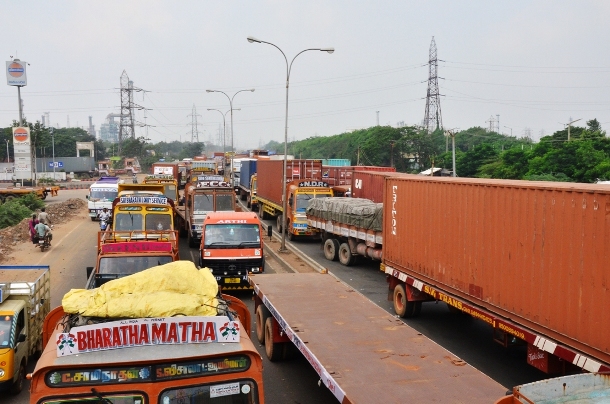 HOW TO EASE OUT THE CONGESTION?

Below is the flow chart of the current operation at the Chennai Port.

The containers are unloaded from the Ship by Quay Cranes and loading onto the local Trucks (as inter-carting movement) –unloading in the yard by RTG –Within the 24 to 36 hrs after the unloading operation completed at the Container Yard (CY), the Delivery of containers starts by the CFS Trucks or CFS nominated Trucks.

Normally, the trucks come inside the port either with Export Laden or Empty Containers or as an empty truck to pick up the PNR import Box.

Considering this current practice as unnecessary, we suggest remedial solutions, which all the other ports in our country follow. In other ports, Containers are delivered at Vessel Hook Point. That is, delivery and receipt of containers to / from directly from Ships Hook.

PNR processing has to be completed in advance that is 24 Hours before the birth of vessel / ship at Dock. Form-13 to be released to respective CFS 24 hrs before vessel berth.

Six hours (6 hrs) before the vessel’s actual berthing, the necessary arrangements and planning should be made to make the trucks to be on the queue near the marked area to pick up the container directly from Vessel Hook Point. To attain such readiness, all the trucks should be provided with Form-13 in hand. Furthermore, with a view to streamline, the truck queue should be arranged in such a way to accommodate more trucks in the following manner in three rows or lanes. It should be like — one row for heavy weight container that is 1 x40 ft or 2x 20ft TEU, another one is for light weight  only 40 ft or 20ft TEU, and the third one should be for inter-carting the non-CFS nominated containers to move to the yard.

When container comes out from the ships released by quay crane, driver of the waiting truck should accept the first available container and move out without any delay. For example, if the container belonged to Triway CFS but the truck standing on the queue to pick up the container is bound for another CFS having Form 13 to Sanco CFS, the driver must hand over Triway Form 13 and carry Sanco CFS container without any objection.

Likewise, all CFS truck or CFS nominated truck should move the container out.

When the Port Out Gate generates the Gate Pass, it should be clearly mentioned the name of the CFS and inform to the Driver to carry to particular CFS. The concerned CFS also should get mail with the full details of Import Container, Truck number.

THE BENEFIT OF THE OPERATION

With this type of movement, the operation cost of Wharf to Yard movement of Rs. 1000/- per TEU could be saved. And more importantly, huge operational cost of equipment and its fuel will also be saved considerably. As such, 50,000 boxes will be moved directly out from vessel point without any hindrance and congestion of trucks.

And, yard operation will be totally 60% free and it will always get large empty space to accept and accommodate more Export-Laden containers. The Port will get an additional capacity to handle three times of current volume. Within the 24 Hrs, all import containers will be moved out directly from the Ship

If the system is followed properly, congestion on road and port will not arise, and it will be over once for all.

The export containers will be moved fast from the yard to the concerned vessel as planned.

If the congestion goes, all export volume from other ports will definitely come back to Chennai Port. Import volume, which we have lost to other ports due to congestion, will also return back for handling here. We can easily say that the Chennai Port will register threefold growth in cargo handling.

Since containers are moved out of the port in shortest time, the port will be able to maintain better and planned connectivity with international route mother vessels.

And, it will give Chennai Port the much-needed grading in trade as committed port. Any incident and accident in the case of containerized cargo, the concerned CFS operators will take care of everything. 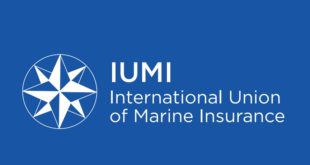 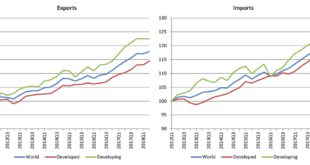