The IMRF Awards 2019 Shortlist is Announced 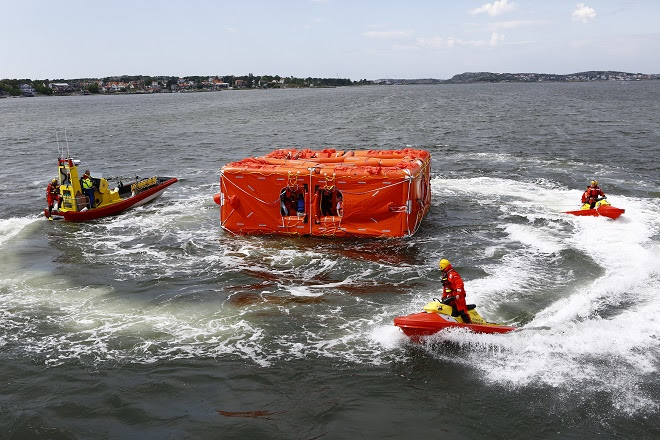 The judges for the International Maritime Rescue Federation Awards 2019 have announced their shortlist, following careful consideration of the range of extremely compelling entries from around the world. Designed to honour the outstanding commitment of dedicated Search & Rescue (SAR) professionals and volunteers everywhere, the Awards also aim to raise awareness of search and rescue techniques, technologies and equipment that can improve SAR capability for the future.

The finalists in the four Award categories are as follows:

Mrs Gallardo leads a volunteer SAR organisation, which she joined at 16, rising to become the first woman to be elected as President of any SAR organisation in Chile in 2016.

Captain HUANG led a complex helicopter rescue in a super typhoon, involving a cargo ship with nine crew stranded onboard.

The team from Marine Rescue Port Macquarie successfully conducted a multi-agency rescue when a 10m motor cruiser hit rocks at speed, resulting in severe injuries to all three passengers.

Coastguard New Zealand successfully managed a large, complex multi-agency search and rescue operation to save a man, woman and a child thrown into freezing water when their small boat flipped over.

Innovation and Technology in the Field of Maritime SAR – The finalists are a floating rescue stretcher, designed to safely carry an immobilised patient over rocks and through surf (designed by a team at the South African National Sea Rescue Institute) and the work on using drones and other remotely controlled assets to improve future search and rescue operations (led by Phillip Hanson, from the UK’s Maritime Coastguard Agency).

The Vladimir Maksimov Award for Lifetime Achievement in the Maritime SAR Sector – Arthur Allen of the US Coast Guard and Clay Evans of the Canadian Coast Guard.  Both men have each contributed more than 30 years of service in their respective organisations and have been responsible for saving countless lives.

In addition, for the first time, the IMRF will be announcing a Women in SAR Award. The Award is part of the IMRF’s wider #WomenInSAR initiative in support of the IMO’s Empowering Women in Maritime campaign.  The Award will recognise someone who is an inspirational role model for others.

The two shortlisted finalists for this inaugural Award are: Captain SONG Yin of the Donghai No.1 Rescue Flying Service in China and Isobel Tugwell, a crew member at the RNLI Shoreham Lifeboat Station in the UK.

Captain SONG joined the Rescue Flying Service after graduating from Shanghai Maritime University in 2008 and has gained extensive flying and technical experience to become one of China’s first female search and rescue helicopter captains.  Isobel joined the Shoreham lifeboat crew at 17 and has been taking a full part in SAR operations ever since – even while she was studying for her A levels.

Theresa Crossley, IMRF CEO said: “I am very pleased to announce this exceptional shortlist for the IMRF Awards 2019 and for the very first time – the finalists for the Women in SAR Award.

“The calibre of all the nominations continues to inspire and amaze the judges. All around the world there are breath-taking search and rescue operations being conducted in harrowing conditions with SAR professionals using their skill and expertise to save lives in remarkable circumstances.  Here are just some of those people, selected today as our finalists.”

The IMRF will also be inviting the public to vote for their preferred winner – the one that they think stands out above all others – for the IMRF’s People’s Choice Award.  More details on how to vote for this Award will be released shortly, so watch this space!

The winners of all the Awards will be announced at a presentation ceremony on 10 September, onboard HQS Wellington, during London International Shipping Week. The Awards will be presented by Vice-Admiral Sir Tim Laurence KCVO CB ADC.