Besides, the ministers also laid the foundation stone for extension of dry dock in Port Blair, extension of wharf in Hope Town and construction of an additional jetty along with extension of Berthing Jetty in Neil Island at an event in Port Blair on 5 October. Minister of State for Home Affairs, Hansraj Gangaram Ahir and Lt. Governor of A & N Islands Prof. Jagdish Mukhi were also present on the occasion.

PROJECTS CONTRIBUTE TOWARDS DEVELOPMENT OF THE COUNTRY’S ECONOMY

Mr Singh lauded the efforts of Shipping Minister Mr Nitin Gadkari and said that development projects like the ones inaugurated on the occasion contribute towards development of the country’s economy. He stated that under PM Narendra Modi’s dynamic leadership, India which now figures in the top ten economies of the world, will emerge as one of the top three economies by 2025-30.

The Union Home Minister said that both development and security aspects of the country are of  utmost importance. He stated that India has a 7300 Km long coastline and the geographical location of the country is vast, hence security management is vital. “Erecting walls and boundaries will not provide security to the country, our strength lies in sea and air which need to be strengthened”, he added.

Mr Rajnath Singh also mentioned that earlier A & N Islands had only one national highway, but in the last three years 7 NHs have come up in A & N Islands.  He also said the ‘blue economy’ which thrives in A & N Islands contributes about one trillion dollars to the economy.

Speaking on the occasion Mr Gadkari said that the new projects will now make it possible for repairing ships in A & N Islands itself instead of sending them to faraway and foreign places for repair, which also becomes costly.

He said, these islands have a huge potential for ship building and ship repair industry. Stating that innovation, technology, research and entrepreneurship are the need of the hour, he urged for private investment for developing ship building industry in the islands, for which Ministry of Shipping is ready to extend necessary assistance. He said, the Ministry is focussing on ‘Make in India’ programme under the  Sagarmala Project.  Efforts are on to bring in new technology for manufacturing ships in the country.

Speaking about the shipping sector, Mr Gadkari said, most of the ships in A & N Islands are old and need to be replaced. He announced that 14 new ships will be added in A & N islands by 2020. The Minister further stated that under Sagarmala Project around Rs 4 lakh crores have been earmarked for port-road connectivity, port-rail connectivity, modernisation and mechanisation of ports.

He further stated, India’s 7300 km long coastline and rivers have potential for big-scale development of cost effective waterways transportation which will bring down logistics cost significantly and also be a convenient mode of transportation.

Speaking about power generation in A & N Islands, he said diesel generated power causes environmental pollution and needs to be replaced. Instead, development of hydel, solar and wind power in A & N Islands must be explored. As a step towards curbing pollution caused by diesel power generation, plans are being made to set up LNG and CNG based power in the Islands soon.

Mr Gadkari also said that development of cruise terminals will further boost tourism in the A & N Islands. He urged private investors for developing cruise tourism in the islands. The Minister said, tourism could further be boosted through Sagarmala Project which will ultimately generate employment. He assured of exploring ways to make cruise tourism a part of Sagaramala Project for extending benefits. This apart, Mr Gadkari said the development of services of amphibious vehicles is ideal for the islands, and urged for initiatives in that direction.

The Minister also mentioned about schemes launched for benefitting sea fishing and deep-sea fishing, fish processing and fish export which will add impetus to the ‘blue economy’ that flourishes in the A & N Islands.  He stated that the Government is committed for infrastructure and overall development, job creation and welfare of the islands which is located away from mainland.

Minister of State for Home, Mr Hansraj Gangaram Ahir reiterated the commitment of the Central Government towards the development of A & N Islands.

PROMOTE TOURISM WITHOUT DISTURBING THE TRIBAL

The sea route to Baratang that was inaugurated on 6 October will provide an alternative to the National Highways-4 route that linked Baratang to Port Blair, passing through the Jarawa Tribal Reserve. This sea route will thus help promote tourism without disturbing the tribal areas.

The construction of additional approach jetty and extension of existing jetty at Neil Island would help in accommodating more than one ship, which was not possible earlier. Dredging upto 5m would help in berthing higher draft vessels , especially cargo ships. This would enable abundance supply of vegetables and other cargo to and from the island. The project would hence help in economic development of the area by promoting tourism and would also help in optimal utilization of available resources. The project is expected to be complete by March 2018.

The extension of Dry Dock –II at Port Blair will help augment the available ship building and ship repair facilities. The project is expected to be complete by September 2019. 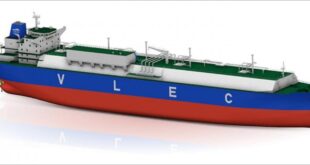 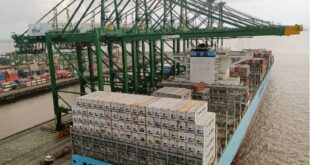 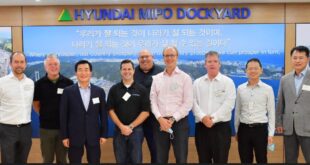 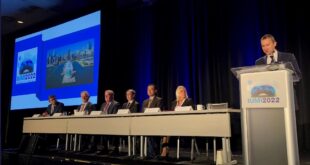