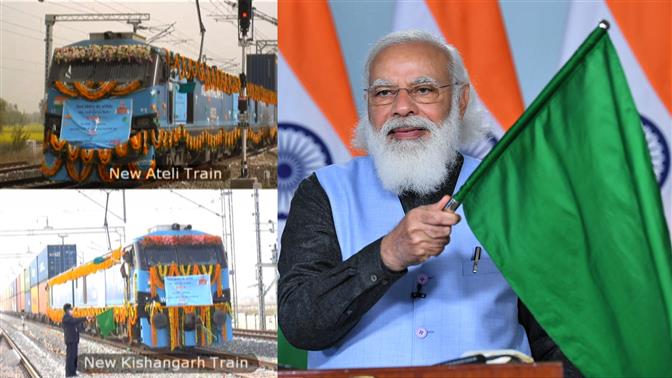 Speaking on the occasion, the Prime Minister said Maha Yagna to modernize the country’s infrastructure has gained a new momentum today. He listed the initiatives of the Government launched in the last 12 days to modernize the country like DBT to farmers, launch of National Mobility Card in Airport Express Line, inauguration of AIIMS Rajkot, IIM Sambalpur, Light House Projects in 6 cities, National Atomic Timescale and Bharatiya Nirdeshak Dravya, National Environmental Standards Laboratory, Kochi-Mangalore gas pipeline, 100th Kisan Rail, a section of Eastern Dedicated Freight Corridor. He added that so many launches were done even during this in this period of Corona to modernize the country.

The Prime Minister said the Made in India vaccine for Corona approved a few days back has instilled a new confidence in the people. He said Dedicated Freight Corridor is seen as the game changer project for India in the 21st century. He said since the launch of the New Bhaupur – New Khurja section average speed of the freight train has tripled in that particular section. He said with the flag off of the first double stacked container freight train from New Ateli in Haryana to New Kishanganj in Rajasthan, India has joined the select nations in the world. He lauded the efforts of the engineers and their team for this proud achievement. He said this dedicated freight corridor will bring new opportunities and new hopes for everyone especially farmers, entrepreneurs and merchants of Rajasthan. He said the dedicated freight corridor is not only the route for modern freight trains but also a corridor for rapid development of the country. These corridors will form the basis of development of new growth centers and growth points in different cities of the country, he added.

The Prime Minister said the Eastern Freight Corridor has also started showing how they are increasing the strength of different parts of the country. He said the western freight corridor will make farming and allied business in Haryana and Rajasthan easier and also impart new energy into cities like Mahendragarh, Jaipur, Ajmer and Sikar. Faster access to national and international markets have opened for the manufacturing units and entrepreneurs of these states at a much lower cost. Faster and cheaper connectivity to the ports of Gujarat and Maharashtra will boost new investment opportunities in the region.

The Prime Minister said that the creation of modern infrastructure also gives rise to new systems in life and business and not only speeds up the works associated with it but also powers up several engines of the economy. He added that the corridor not only creates employment in the construction sector but also in other sectors like cement, steel and transport. Elaborating upon the benefit of the Dedicated Freight Corridor, the Prime Minister said, it will cover 133 railway stations in 9 states. At these stations, there will be multi model logistic parks, freight terminal, container depot, container terminal, parcel hub. All these will benefit the farmers, small industries cottage industries and larger manufacturers as well, he said.

Using the analogy of the railway tracks, the Prime Minister said that today in India, work in Infrastructure running simultaneously on two tracks. Individual and growth engine of the country. At individual level, the Prime Minister pointed out the reforms in housing, sanitation, electricity, LPG, road and Internet connectivity. Crores of Indians are benefiting from many such schemes. On the other track, growth engines such as industry, and entrepreneurs are being benefited by the rapid implementation of highway, railway, airway, waterway and  multi-modal port connectivity. Like freight corridors, economic corridors, defense corridors, tech clusters are being provided to the industry. This individual and Industry infrastructure is creating a positive image of India, reflected on increasing foreign exchange reserves and trust in India said the Prime Minister.

The Prime Minister also thanked the people of Japan for their technical and financial support in the project.

The Prime Minister emphasized the coordination between individual, industry and investment for modernization of the Indian Railways. Recalling the woes of the passengers in the earlier times, the Prime Minister said that significant work has been done in the areas of cleanliness, timeliness, good service, ticketing, facilities and security. He gave examples of cleanliness of stations and compartments, biodegradable toilets, catering, modern ticketing and model trains like Tejas or Vande Bharat express, Vista-dome coaches. He also highlighted the unprecedented investment in broad gauging and electrification which has led to enhanced scope and speed of the railways. He talked of semi-high-speed trains, modern technology for laying down the tracks and expressed the hope that every North-Eastern state capital will be connected with railways.

The Prime Minister noted the sterling contribution of the Railways during the Corona period and praised them for their role in taking the labourers to their homes. 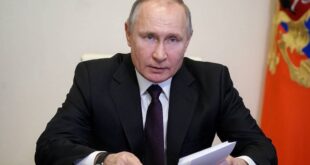 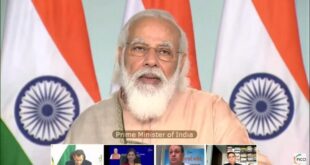 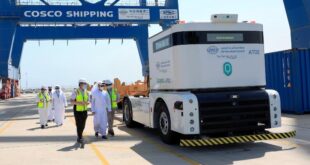