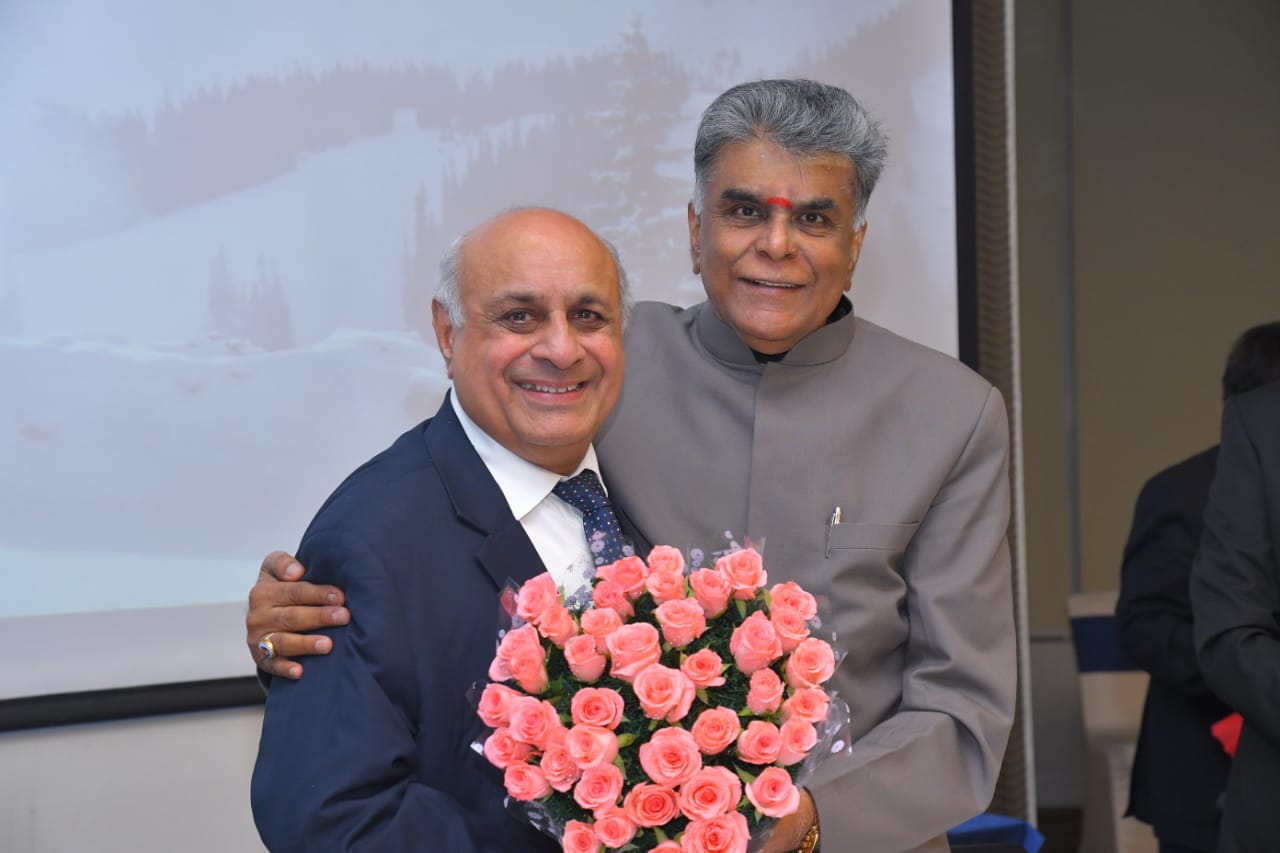 Padma Shri Dr A Sakthivel, a man of many accomplishments, took over as the new Chairman of Apparel Export Promotion Council, India, on 6 January 2020.

Assuming the office of Chairman of Apparel Export Promotion Council (AEPC), Dr A Sakthivel shared the concern that for the past three years the industry has been struggling to survive and the growth of apparel exports has been stagnant.

However, he assured the Members of the Council that he will work with full commitment and dedication to bring forth positive growth in apparel exports. He promised that he will put efforts to find new and potential markets for India’s garment exports. He further assured that he will convince the senior officials of the Central Government to get the required incentives and benefits thereby reviving growth of the sector and overall exports.

Dr A Sakthivel was first elected to the board of Directors of Apparel Export Promotion Council in the year 1982 thus serving the council for almost four decades.  He is also the first person in the history of AEPC, who is sworn‐in for the fourth time as Chairman of the AEPC. His diligence has played a vital role in the growth of the Council and gradually led to the improvement of exports at the national level. Dr A Sakthivel has not only contributed his time and work to the Council, but also served as Managing Committee Member of Federation of Indian Exporters organisation  (FIEO) for more than a decade. He was also the President and Regional Chairman of FIEO, Southern Region.

Dr A Sakthivel along with some exporters had established Tirupur Exporters Association in 1990 widely known as TEA. Dr A Sakthivel was the first President of TEA and with his dynamism, he held the post continuously for a period of 27 years. During his tenure as President of TEA, he toiled hard to develop the industry as well as Tirupur.  During his tenure as President TEA, the export turnover of Tirupur Industry increased to a whopping Rs 27000 crores in 2016‐17 from Rs 270 Crores in 1990.

Besides being privileged  with  many  honours  and  accolades, Dr  A Sakthivel was also conferred with Doctor of Literature (Honoris Causa) in 2011 by Bharathiyar University  for his pivotal role in motivating many enterprising and capable youngsters to make a career in exports and  also  for  his  dedicated  involvement  in  visionary  projects,  initiatives  and  his  immeasurable  contribution for the growth of industry and development of society.