Reacting to October 2020 export figures, FIEO President, Mr Sharad Kumar Saraf said that though the monthly exports have shown a nominal single-digit negative growth of 5.4 percent with USD 24.82 billion, there are signs of revival as both order booking position and the September Manufacturing PMI have risen. Gradual lifting of lockdowns across the country has also led to the increase in Manufacturing PMI to its highest level in over a decade. FIEO President also said that the nominal decline in exports during the month has been mainly because of the huge container shortage and hike in sea freight which has upset exports particularly for those who have negotiated on CIF (Cost, Insurance, Freight) or C&F (Cost & Freight) basis. Besides, farmers agitation in some of the hinterland states have affected exports during October.

Mr Sharad Kumar Saraf added that it is expected as the election process gets over in the US with the upcoming Christmas and New Year season, both the global and India economy are slated for economic revival. Exporters have continuously been receiving a lot of enquiries and orders further adding to the positive sentiments with signals of further resilience in the global supply chain.

Reduction in exports of major products including petroleum products, gems & jewellery and leather & leather manufacturers which are major constituents in India’s export basket has also been a key concern during the recent months, which needs to be analysed. However, reduction in imports during October 2020 by 11.56 percent to USD 33.60 billion compared to the same period during the previous fiscal led to a trade deficit of just USD 8.78 billion with a substantial decline of 25.34 percent during the month. Mr Saraf further added that rise in import of precious metals including Gold and Pearls, Precious & Semi-Precious Stones used as raw material for gems & jewellery product exports does augur well for this major labour-intensive sector of exports, which has been reeling under immense pressure since the country’s exports started showing negative growth.

FIEO President reiterated that the urgent and immediate need of the hour is to address some of the key issues including adequate availability of containers, softening of freight charges, the release of the MEIS benefits, resolving risky exporters issues, immediate introduction of RoDTEP across all sectors, removal of capping of Rs 2 crore MEIS per IEC, introduction of NIRVIK Scheme, long pending demand for the creation of Export Development Fund and various other infrastructure bottlenecks with regard to customs and port clearances, will further help in reviving the exports during these difficult and torrid times. 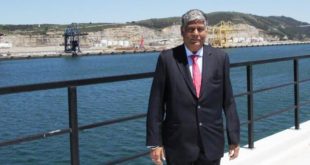