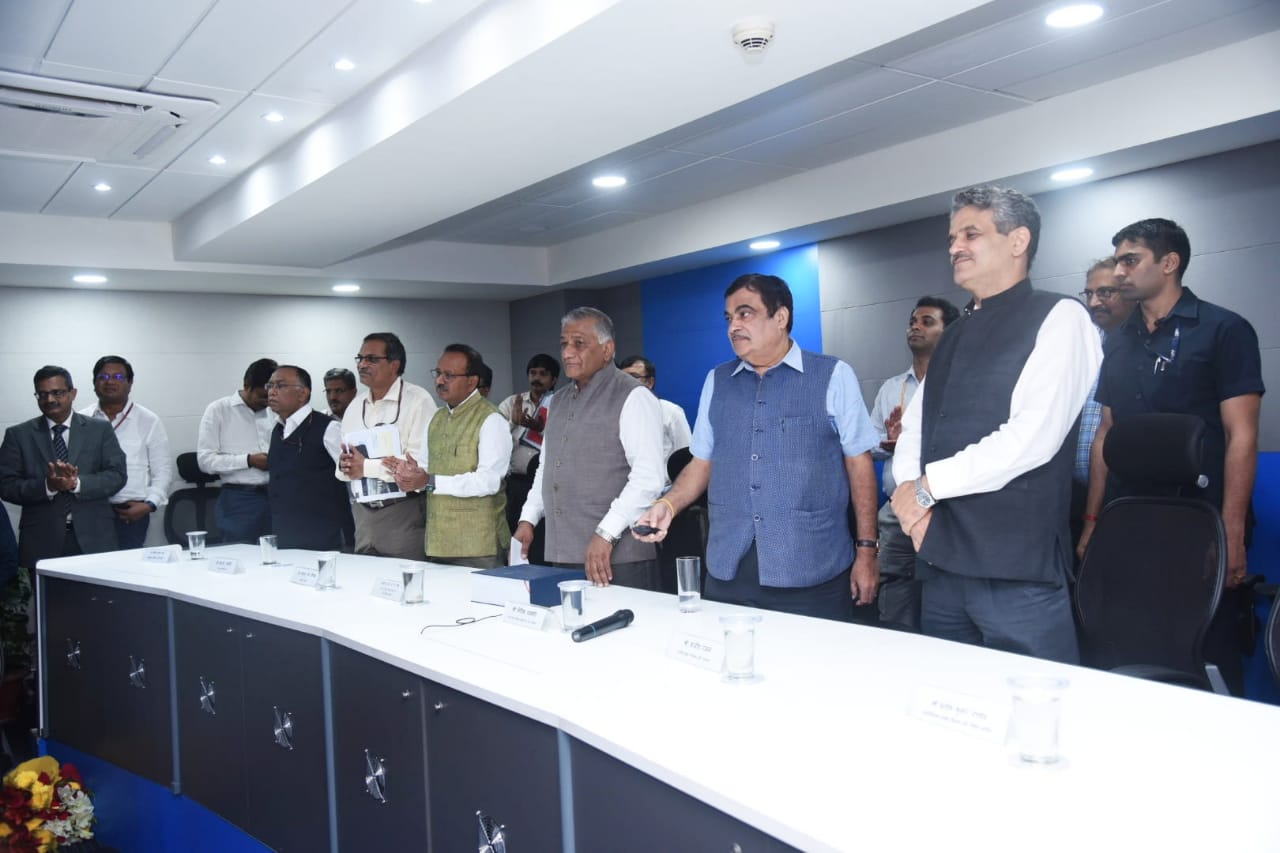 Shri NitinGadkari, Union Minister for Road Transport & Highways and MSME has directed officials of National Highways Authority of India (NHAI) to speed up the implementation of projects through faster decision making and stricter monitoring.

The Minister, along with the MoS, Gen(Retd) V.K.Singh,  held a day long review of the progress of national highways projects at the NHAI headquarters in New Delhi on 3 October 2019, during which he also addressed regional officers through video conferencing.

Delayed decisions are totally unacceptable, he said, as they lead to colossal loss of time and resources, and add to the woes of people. In this regard he also directed regional officers to be proactive in coordinating with district officials to fast track land acquisition and other such issues.

The Minister also talked about the need to bring down construction costs through new technology and innovative means. He said there is enough availability of funds for construction of national highways through various sources including long term funding from banks. However, in order to improve the economic viability of projects it is necessary to cut down construction costs by employing new materials, innovative technology, and by fast tracking decision making to avoid associated cost  escalation.

Shri Gadkari also stressed upon the need for performance audit and said that officials must  ensure that the award and construction targets for the year are fully met.

MoS, Gen(Retd) V.K.Singh also addressed the regional officers and called for positive, concerted action from them that was  aimed at fulfilling the targets of the Ministry and the expectations of the people of the country.