New Mangalore Port has crossed  handling of  one lakh TEUs of containers as on 26 February 2018 in  this current financial year which is a very significant milestone achievement towards the development of container traffic.

The increased handling of coffee, raw cashew, gherkins, machinery, polypropline granules,  chemicals, agri-products, coastal cargo,  etc. has contributed immensely in achieving a growth rate of 23% in terms of TEUs and 24% in terms of volume.

In a media statement, Mr Suresh P Shirwadkar, Chairman i/c, said that the port is witnessing a steady growth in container traffic mainly due to  pro-active business promotion initiatives  made by the Port coupled with the infrastructure and capacity  addition ie.,  expansion of container yards, container handling equipments like reach stackers, increased number of reefer plug points, concretization of roads, simplified documentation, RFID  system of admittance and ease of doing business initiatives  ,  etc.

These initiatives of the Port  has contributed  positive results in fostering the container movement to the port from the hinterland which is evident from the fact that from 9646 TEUs handled in 2005-06, has grown to 1 lakh plus  TEUs in 2017-18(till date).

The growth rate of 23% could be sustained on account of increase in frequency of calls by feeder line vessels competitive ocean freight offered by Main Line Container Operators and option of 3 transshipment ports that resulted in reduction in transit time. These concerted efforts  made by Port associating   MLOs, Feeder Line operators,  Logistic providers, and Customs has enabled  the port in attracting additional volumes of containers from the hinterland. The stabilization of frequency of schedules of the vessels and harmonious industrial relationship has enabled in establishing the reliability of services and  freight advantage over the neighbouring ports.

With the increasing trend in container traffic, the Container Corporation of India (CONCOR) has recently commenced their operation from  Inland Container Depot(ICD) Bangalore to NMPT where they have established the Rly siding and commissioned on 31-1-2018. This initiative will further boost the connectivity and transportation of container traffic through rail.

Presently they have commenced their weekly train service from Bangalore to Mangalore and vice-versa which they propose to improve in due course. 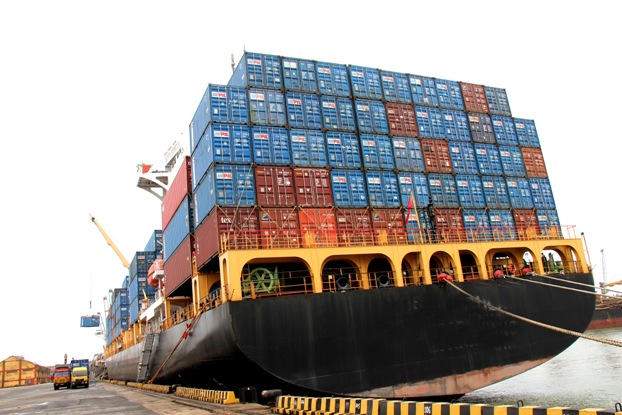