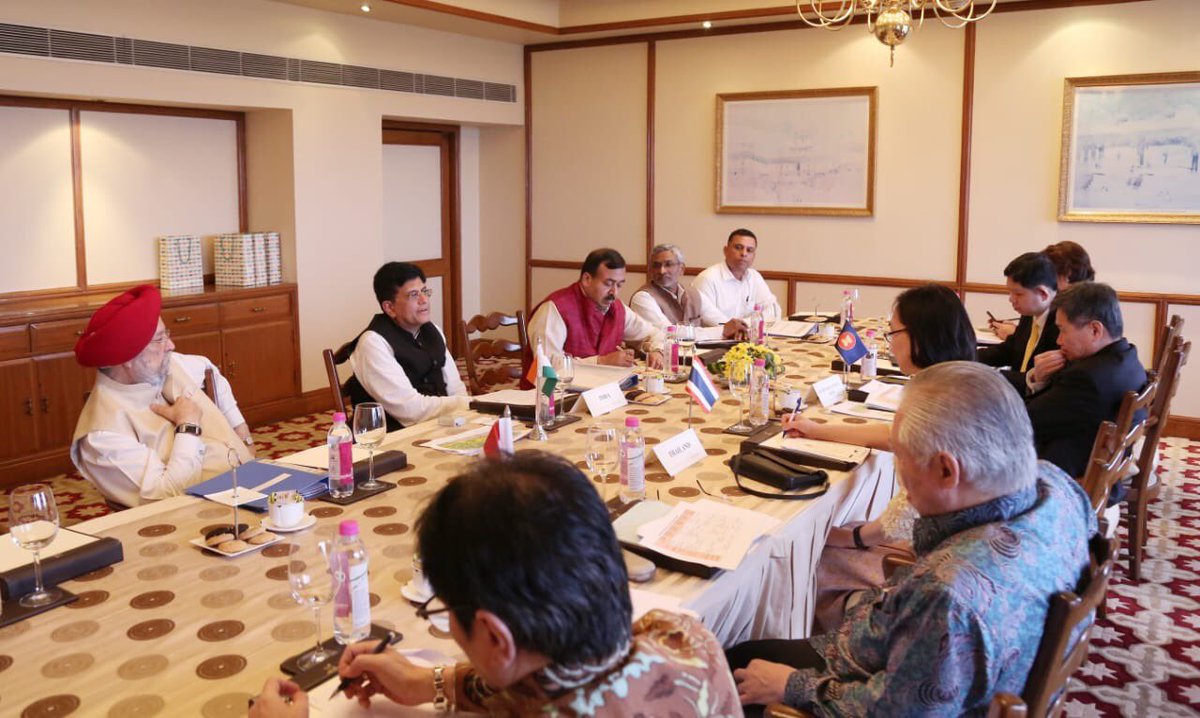 Addressing the meeting Piyush Goyal said that India looks at RCEP as a logical extension of its Act East Policy and it holds enormous potential for economic growth and stability for the entire region.  He said that inthe 26th round of RCEP negotiations at the Experts level,which has concluded recently in Melbourne, some progress has been achieved with member countries showing a degree of flexibility and accommodation. India too has shown significant flexibility during the negotiations and helped to achieve convergence in few important areas. Two more chapters are close to conclusion, which will take the number to 9 of the total 16 chapters. He expressed hope that the negotiations will achieve even greater convergence during the coming rounds in China and Vietnam.

Commerce and Industry Minister said there is apprehension and pessimism in Indian industry about the impact of previous Free Trade Agreements.  India made asymmetrical sacrifice in goods, giving much more than it received. The promise of commensurate offers in services subsequently by ASEAN countries did not fructify. The surge in goods imports into India is accentuated by instances of non-adherence to the Rules of Origin provisions and lack of full cooperation in investigating and addressing such breaches. The utilization of preferential tariffs by India under the India-ASEAN FTA is below 30% because of standards, regulatory measures and other non-tariff barriers in the region.

Market access issues with China for Indian goods have been particularly problematic. Indian Industry is not convinced that RCEP will create a win-win situation for all by ensuring balanced outcomes in an across the key pillars, particularly goods and services.

The Commerce and Industry Minister emphasized on adherence to the RCEP guiding principles to balance high ambition on goods tariff reduction with addressing of sensitives in bilateral parings like India – China through temporary and permanent deviations/ exclusions becomes important.

He also stressed on possible mechanism to address persistent and wide imbalances in trade to give comfort to stakeholders. Services negotiations must also target commensurate levels of ambition, with offers covering most sub-sectors of interest in all modes in a binding manner.

He said that constraints and difficulties can be overcome easily even with a slight degree of mutual understanding and cooperation.