To commemorate the 150th birth Anniversary of “Father of the Nation” Mahatma Gandhi, a concluding programme on “Swachhta Hi Seva 2019” was held at Mormugao Port Trust (MPT) Main Administrative building.

Shri Mauvin Godinho, Minister for Transport, Panchayat Raj and Protocol, Government of Goa, was the chief guest for the occasion. The minister was received by Dr. E. Ramesh Kumar, Chairman, MPT, Shri Mohan Kumar, Secretary, welcomed the guests and dignitaries of the port  for the function.

The function started with garlanding of the portrait of Mahatma Gandhiji and lighting of traditional lamp. A skit on Swachhta hi Seva and patriotic song was presented by the employees of MPT. Thereafter prizes/certificates were distributed at the hands of the chief guest Shri Mauvin Godinho to the winners of Mini Marathon and the week-long events held on Swachhta Pakhwada 2019.

The Chairman, in his speech highlighted the importance of environment and assured the gathering that MPT shall support the cause and implement all necessary measures in mitigating the pollution and to do away with single use plastics.

The chief guest highlighted the Swatchta movement and Fit India Mission initiated by PM Narendra Modi and impressed upon the employees to take voluntary interest in maintaining neat environment and exhorted the initiative taken by Port for its betterment and society at large.

To mark an end to the single use plastics, cloth bags were distributed among the port employees at the hands of the Chief Guest, Chairman, Dy. Chairman and Secretary. All the above events were attended by the Officials of MPT, Trustees, Port Users, CISF personals, Students and locals in large number and made this event successful.  Nodal officer Shri G. R. Gani, concluded the function with a vote of thanks. 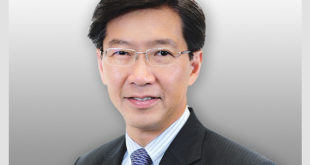 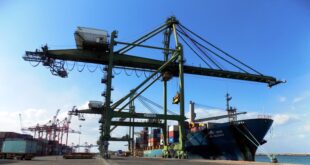