Responding to June export figures, FIEO President Mr Sharad Kumar Saraf said that monthly figures have yet again shown drastic arrest in decline of exports on the back of the opening of business activities across the major economies of the globe. Though the monthly exports data depicts a double-digit decline in exports by 12.41 percent at USD 21.91 billion, this has to be seen in the context of a whopping decline of 60% in April and 35% in May.

The recovery has exceeded our expectation and full credit goes to our Commerce & Industry Minister Mr Piyush Goyal, who is constantly interacting with exporters, understanding and more importantly addressing their problems said President, FIEO.

Mr Saraf further added that the June figures also show a trade surplus of USD 0.79 billion, which further adds to our encouragement as last time when the trade surplus was in positive territory was in January 2002 more than 18 years back. However, we have to analyse imports as such a steep decline in imports may hamper the industrial recovery in coming months.

Mr Sharad Kumar Saraf also lauded the efforts of the exporters, who have worked exceptionally hard to recover from the lockdown setback so quickly, and reach such levels. FIEO President reiterated that the achievement becomes all the more remarkable because many of the areas in the country are still under containment zones and under severe restrictions. Further, many economies have not been able to make such a remarkable comeback.

President FIEO is of the view that all this has been possible because of the start of businesses activities across the country and business/order enquiries from almost all major economies like US, EU, Canada, Japan, South Korea, Australia and New Zealand. With the global revival and business sentiments still at its low, impacting the supply chain and bringing slump or recessionary conditions in the economies across the world, Mr Sharad Kumar Saraf is of the view that the focus should be on FTAs to further revive our exports and take up competition coming from smaller countries like Vietnam.

Mr Saraf added that the exports during the month for emergency and essential items like drugs & pharmaceutical, organic & inorganic chemicals along with agri and plantation products besides iron-ore were in positive territory showing signs of further revival with few showing impressive double digit growth. Mr Saraf again expressed his serious concerns over sharp decline in employment-intensive sectors of exports which has serious ramifications for the jobs in the country particularly as domestic demand will also not be robust.

Mr Sharad Kumar Saraf said that 12 out of the 30 major product groups were positive territory during June 2020 and imports during the month also showed a high double-digit decline of 47.59 percent with USD 21.11 billion.

FIEO Chief reiterated that with the global trade forecast showing a gloomy picture, there is an urgent and immediate need for a special exports package for the employment and labour-intensive sector of exports for reviving India’s foreign trade sector. Besides implementation of the economic measures announced, creation of an Export Development Fund with 1% percent corpus of the total value of exports during the last fiscal, MEIS of 2% across the board and 4% for labour-intensive sectors and addressing “risky exporters” issues  are some of key concerns, which should be considered to give a much-needed boost to the exports sector and the overall economy. 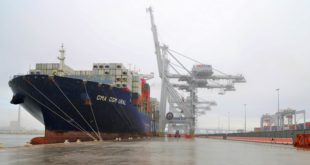