Speaking on the occasion, the Prime Minister said: “Today, people of Gujarat have got their Diwali gift. Everyone will benefit from this better connectivity.”

He added that business will be boosted and connectivity will become faster. He further said RO-PAX service between Hazira and Ghogha has made dreams come true for the people of Saurashtra and South Gujarat, as the journey is shortened from 10-12 hours to 3-4 hours. He said this will save time and expenses will also be reduced. He said about 80000 passenger trains and 30000 trucks will be able to take advantage of this new service in a year.

Shri Modi also said better connectivity between Saurashtra and Surat is going to change the life of the people in these regions. He added fruits, vegetables and milk can now easily be transported and pollution will also be reduced due to this service. He thanked all those engineers, workers, who remained courageous to develop the facility amidst a lot of challenges. He wished the people for this new maritime connectivity established between Bhavnagar and Surat.

The Prime Minister lauded the way Gujarat realized its maritime potential in the last two decades and gave priority to port led development and said it is a matter of pride for every Gujarati. He listed the initiatives of the State Government in developing the maritime potential of the state like drafting a Shipbuilding policy, construction of Shipbuilding Park and Specialized Terminals, promotion of Vessel Traffic Management system and Ground-Breaking Connectivity project. He said with these initiatives the port sector has got a new direction. He stressed that efforts were made to modernize the entire ecosystem of the coastal area in addition to developing the physical infrastructure. 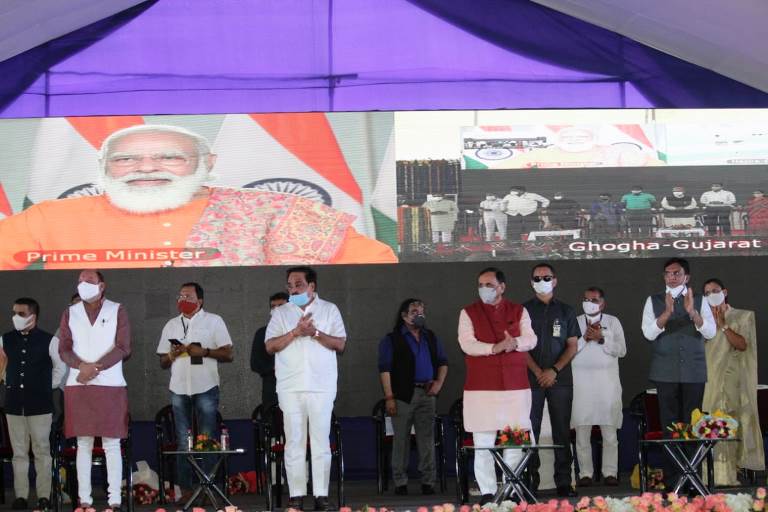 The Prime Minister said today, Gujarat has become a gateway of prosperity due to the efforts of the government in ensuring the development of all types of infrastructure in the coastal area. He said over the past two decades, a unique model of integrated port has evolved from traditional port operations in Gujarat and has developed as a benchmark today. He said the result of these efforts is that the ports of Gujarat have emerged as major maritime centers of the country. Last year, it accounted for more than 40 percent of the country’s total maritime trade.

The Prime Minister remarked that today, maritime business-related infrastructure and capacity building in Gujarat is in full swing. Many facilities are getting ready in Gujrat like Gujarat Maritime Cluster, Gujarat Maritime University and country’s first CNG Terminal at Bhavnagar. Gujarat Maritime cluster ports to be built in GIFT city would be a dedicated system to address Ports to sea based Logistics. He said that these clusters would help in strengthening the cooperation between the government, industry and educational institutions and will also help in value addition in this sector.

The Prime Minister said the government is making efforts to restart the ferry service between Ghogha-Dahej very soon. He said many natural challenges have arisen in this project and efforts are being made to remove them through modern technology. He added Gujarat Maritime University is a big center for getting trained manpower and experts ready for maritime trade. Today, this University provides opportunities to pursue maritime law and international trade law and also MBA in Maritime Management, Shipping and Logistics. He said apart from the university, work is also going on to build the first National Museum to preserve the country’s maritime heritage in Lothal.

The Prime Minister said facilities like today’s Ro-Pax Ferry service or Sea Plane inaugurated a few days ago, is giving a lot of momentum to water-resource based economy. He said that over the years, serious efforts have also been made to strengthen the Blue Economy in the country. He listed the ecosystems and many schemes made over the years to help the fishermen like financial aid to fishermen for modern trollers or navigation systems that provide accurate information of weather and sea routes. He assured that safety and prosperity of fishermen is the priority of the Government. He added recently launched Pradhan Mantri Matsya Sampada Yojana is also promoting fish related trade. Under this scheme, Rs 20 thousand crore would be spent for infrastructure related to fisheries in the coming years.

The Prime Minister said that today, the capacity of the ports have been increased across the nation and construction of new ports is also going on at a faster pace. He added efforts are made to put maximum use of about 21000 km of waterway in the country, for the development of the country. He added today, under the Sagarmala project, work is going on over 500 projects across the country. He said that transportation by waterways is many times cheaper than road and railways and also causes less damage to the environment. Yet work has been done with a holistic approach in this direction only after 2014. He said today work is going on in inland rivers across the country, to connect many Land-locked states to the sea. He added today in the Bay of Bengal, we are developing our capabilities in the Indian Ocean unprecedentedly. The maritime part of the country has emerged as an important part of AtmaNirbhar Bharat.

The Prime Minister said to strengthen the Blue Economy’s stake in AtmaNirbhar Bharat, there is a great need to strengthen the maritime logistics. He was concerned that today, the cost of carrying goods from one part of the country to another is more than other countries. He suggested that the cost of Logistics can be reduced by water transport. Therefore, he said our focus should be to create an ecosystem where there can be seamless movement of cargo. He added the country is now making rapid strides in the direction of Multimodal Connectivity to reduce logistics costs and efforts have been made to improve connectivity between road, rail, air and shipping infrastructure and also to overcome the silos. He said Multimodal Logistics Parks are being constructed in the country. He added that Multimodal connectivity is being developed with our neighbouring countries also. He wished that with these efforts the cost of Logistics in the country should come down and give impetus to our economy.

The Prime Minister also urged the people to go Vocal for Local during this festive season. He insisted on buying things from small traders, small artisans and rural folks. He said by these efforts light could be lit in the homes of the rural artisans also during Diwali. 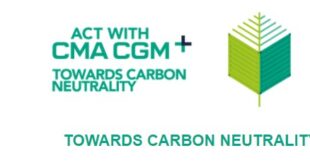 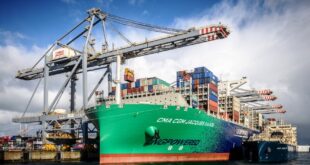