“JSC Russian Railways is intensively developing relations with its Japanese partners in the field of freight traffic,” noted Alexei Shilo, Director for Commercial Activities for JSC Russian Railways, at the “Russia-Japan Partnership: The Implementation of Eurasian Transit Potential” session during the Eastern Economic Forum (Vladivostok).

“In May we were in Tokyo, where, with the support of our trade mission, we held a meeting with Japanese shippers and operators. Our goal was to demonstrate the opportunities offered by the Trans-Siberian Railway and Russian railways as a whole,” he said.

“We see that we have a very large potential for cooperation with our Japanese colleagues and understand that the opportunities of the Trans-Siberian Railway for this market are not being fully exploited. Therefore, our main goal today is to build trusting relationships,” said Mr. Shilo.

JSC Russian Railways is carrying out a lot of work to develop the Trans-Siberian route.

“Over the past five years, more than 300 billion rubles have been invested in the modernization of the BAM and Trans-Siberian. Transportation as a whole for BAM and Transsib increased 69.9 million t from 2012. We are planning to implement the second phase of the project, which will allow us to increase transportation by another 94 million t by 2025. We would like to use this infrastructure to increase the volume of goods transported from Japan,” said the Russian Railways director for commercial activities.

Speaking about the tariff policy on Russian railways, he noted that clear, transparent and predictable price conditions for consignors have been created for the next several years. In order to attract additional volumes of cargo, JSC Russian Railways has not raised rates for the transportation of transit containers since 2012. In addition, the company is ready to provide additional bonuses, provided guaranteed shipping volumes.

According to the president of Toyo Trans (Japan) Isao Takahashi, Japan is carefully studying the experience of transit traffic through the Trans-Siberian Railway, including that from China to Europe. The main requirements for consignors include ensuring speed, safety and environmental friendliness. In this regard, rail transport is the most attractive. If cargo is transported by sea from Japan to Europe in 50 days, it goes by rail in 20. To assess delivery conditions and build new logistics chains, Japanese shippers are testing the delivery of goods in containers.

“Together with our Japanese partners, we are conducting test shipments. We have had good results in terms of the speed of these goods. Containers were equipped with special sensors, and now colleagues can assess what impacts have occurred to this cargo during shipping. After that, we will make decisions about possible adjustments to the transportation technology,” said Mr. Shilo.

According to him, JSC Russian Railways ensures high speed and reliability of delivery. The guaranteed speed of container trains is no less than 1000 km per day, and the target by the end of the current year is 1150 km per day.

The President of Russia has set the goal of providing transit from the eastern and western borders of the country in 7 days by 2025, which corresponds to a speed of 1400 km per day.

“Over the past year, we have ensured a delivery reliability of 98%. For some foreign colleagues, passenger-train performance is lower than this. On average, today we receive one claim from our customers for 65,000 shipments. Moreover, we carefully work to prevent every such incident from happening again,” stressed Mr. Shilo.

Transportation by rail in Russia also has a very high level of security.

“We are implementing the Security Train project. This is a completely different level of control over the shipment of goods involving satellite-geolocational technologies and the use of electronic locking and sealing devices. Everything is done so that consumers can track the progress of their goods online and make sure that they are all right,” said Mr. Shilo. 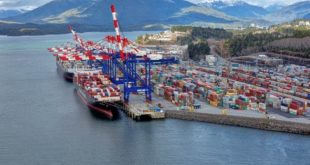 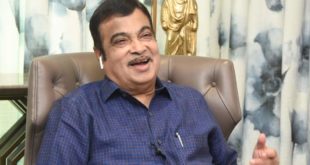 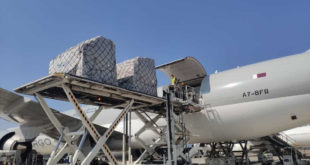