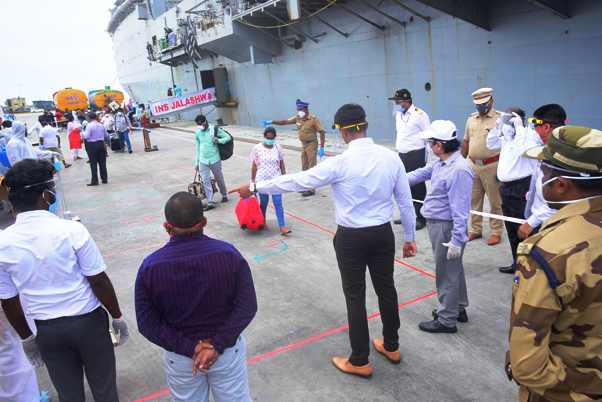 As part of the ongoing ‘Samudra Setu’ mission by the Government of India to evacuate Indians stranded in different parts of the world by sea, on 07 June 2020, Indian Navy Ship ‘Jalashwa’ repatriated 700 Indian nationals from Maldives.

This is the second call by INS Jalashwa to VOC Port Tuticorin, which had earlier repatriated 686 Indians from Colombo on 02.06.2020.

@portwingsnews
Previous JNPT Converts Multi Skill Training Centre Into COVID Care Centre to Serve Local Community
Next Editorial: The Cat Is Out of the Bag