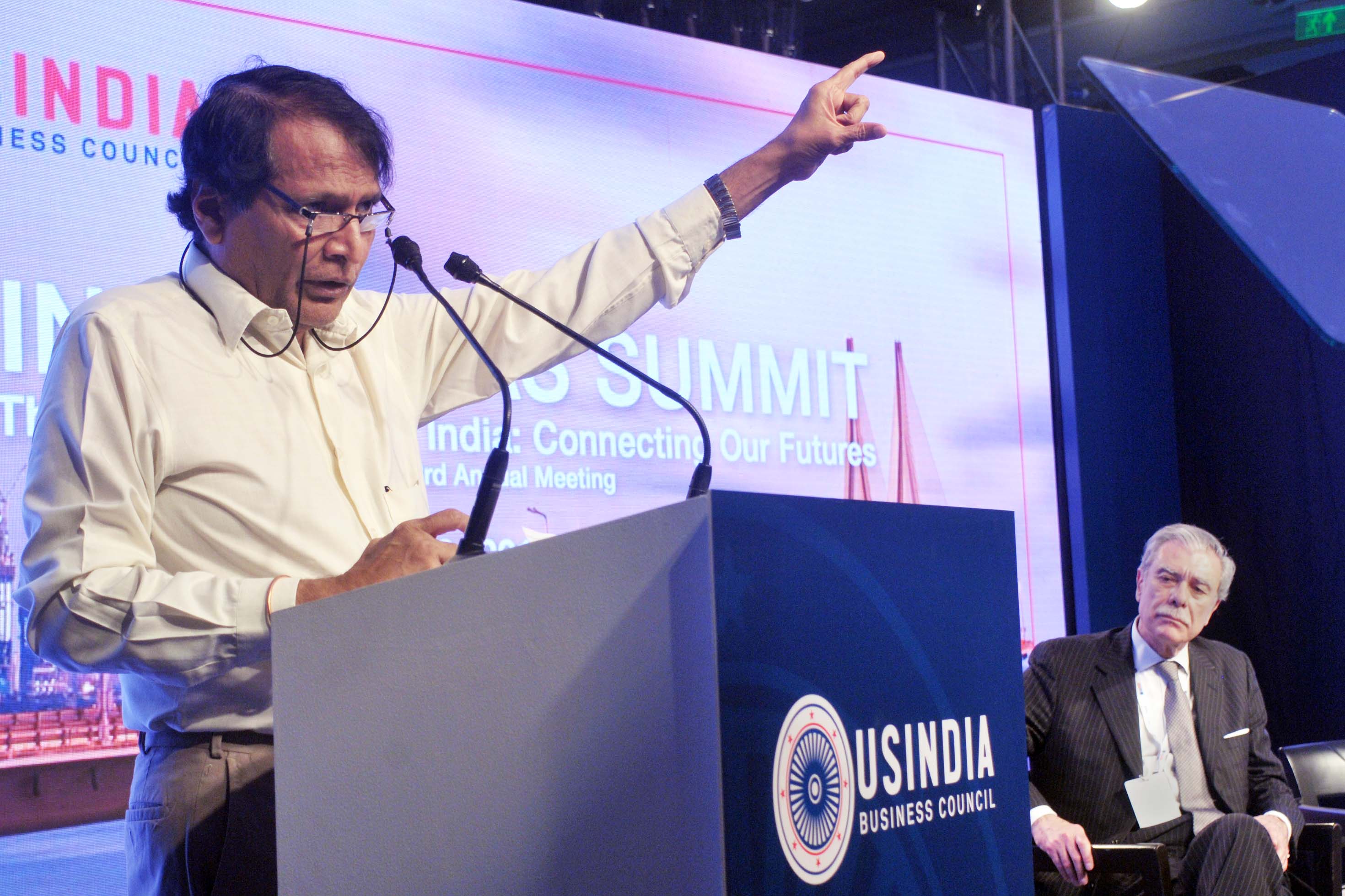 The Union Minister for Commerce & Industry and Civil Aviation Shri Suresh Prabhu has said that today’s India is a growing India and that phenomenal changes have been brought about in both social and economic sector reforms at the same time, under the leadership of Prime Minister Shri Narendra Modi. Noting the 8.3% growth in GDP in the last quarter, the Minister said that this is going to be consolidated, going forward.

He said that India will become a 5 trillion dollar economy in seven years, and certainly a 10 trillion dollar economy by 2035, and that the Government has prepared a multi-sectoral strategy for the same. The Minister was speaking at the India Ideas Summit, organized by the US-India Business Council, in Mumbai on 6 September 2018.

Shri Prabhu said that India shares an excellent and forward-looking relationship with the USA and that we will continue the constant dialogue with the US to promote greater partnership between the two nations in all avenues for mutual growth. The Minister proposed that India can set up a Special Economic Zone for US industry which will help make US-India parternship greater again. Speaking about the World Trade Organization, Shri Prabhu said that WTO needs reform, and that India can play the role of a facilitator in bringing about this reform, given its good relations with the world’s countries. He said that India, the US and other countries need to work together in creating a new dynamic agenda for the multilateral institution.

The Minister said that various reforms have been taken to improve ease of doing business. He said that a new Industrial Policy will be announced soon, with the dual focus on modernizing existing businesses and on getting new and futuristic businesses into the economy. Shri Prabhu said that twelve champion service sectors have been identified, for promoting them in a systematic manner. Speaking about the growth in agriculture and horticulture, the Minister said that the Government aims to double the income of farmers by 2022. Speaking of exports, he said that India has recorded the highest export growth in 2017-18, which is the highest in last six years.

Minister expressed hope that Make In India initiative will become an even bigger success in the days to come. “Startups are the best laboratory for change and innovation. We already have close to 20,000 start-ups registered with DIPP and we are promoting this in a major way across the country”, he added.

Mr Prabhu said that transactions worth more than 100 billion dollars are targeted on GeM, the National Procurement Portal, in the next ten years. He added that the National Mission for GeM was launched just yesterday to educate and bring on-board more buyers and selllers and to promote cashless, digital transactions.

GROWTH IN THE AVIATION SECTOR

The Minister said that a holistic strategy is being developed to tap into the potential of the Indian logistics sector, so as to forge better linkages between Indian manufacturing sector and the global supply chain.

On the occasion, the Minister gave away awards to the winners of Women’s Start-up Awards. President, USIBC, Ms. Nisha Biswal; Board Member of USIBC, Mr. Carlos Gutierre and various industry representatives were present on the occasion.