“It’s a privilege to build a ship reflecting the strength, courage and dedicated service of the United States Marine Corps and Woody Williams,” said Kevin Graney, president of General Dynamics NASSCO. “From design through production, the NASSCO team worked tirelessly to make this ship worthy of Woody’s name, while upholding the highest standards of quality and innovation.”

Delivery follows the successful completion of integrated sea trials. From January 15 to 19, the NASSCO team worked alongside government personnel to test the ship’s systems and ensure its readiness for delivery to the Navy. Testing included calibration of the ship’s navigational and propulsion systems, and demonstrations of the ship’s anchor handling, fire fighting and damage control, aviation, navigation and communication equipment. 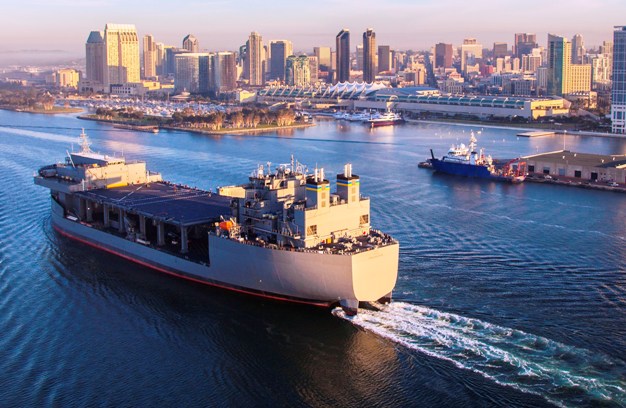 Committed to continuous improvement, NASSCO applied lessons learned from ESB 3, USS Lewis B. Puller, during the construction of ESB 4. Construction of ESB 5, the future USNS Miguel Keith, is currently 60 percent complete and will be delivered to the Navy in March 2019.

NASSCO is the only full-service shipyard on the West Coast of the United States conducting design, construction and repair of commercial and U.S. Navy ships, serving as a crucial asset for securing the nation and fueling the economy.