During his visits to various countries in the last four years, Prime Minister Narendra Modi has made remarkable strides in convincing the investors over there on his government’s Make-In-India project and to invest in India.

However, his energy in convincing the overseas investors could go to drain if the Union Government is failed to convince the state governments here, who play an important role in land acquisition, relief and rehabilitation processes.

The Constitution of India has not described India as a federation. On the other hand, Article 1 of the Constitution describes India as a “Union of States.” This means, India is a union comprising of various States which are integral parts of it.

As far as the land acquisition for projects is concerned, the states have the power and the Union Government can only request the states to speed up the process. There are many examples including the Anil Ambani-led Reliance Power terminating contract for Rs 36K crore Tilaiya ultra mega power project in Jharkhand over inordinate delays in land acquisition.

Under such circumstances, the Union Government led by Modi may convince the big ticket investors in come and invest in India.

However, no big projects can ideally take-off without the integrated support from the respective state governments, and the reach out by the Centre is evident from scrambling by heavy weight ministers to their states.

So, it is time for the Prime Minister to take the state governments on board before finalizing any big deal in the foreign soil. Even though the Union Government holds land banks in most of the states through its Commerce Ministry (SEZ), here too, the state government’s support is ostensibly needed.

So, the Union Government should take the state’s vision, its concerns into account before finalizing any big deal in foreign soil, as the success of such deals solely depends on the state governments. 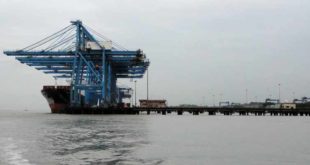