Editorial:Seafarers, Victim of Situation Beyond Their Control

With tussle between Iran and the US growing rapidly on international waters near Strait of Hormuz, seafarers working in various oil tankers crossing the area become unexpected victims of power play.

While Iran has released 9 out of 12 Indian seafarers held from detained ship, 21 Indians are still in detention in Iran — three from MT Riah and 18 from British oil tanker Stena Impero which was seized recently by the Iranian Revolutionary Guard in the Strait for alleged violation of international maritime rules.

With pressure from domestic quarters growing, Indian Embassy got consular access to the 18 Indians who were on board Impero.

Sailors, especially Indians working on different flagged-vessels, are facing uncertainty due to ongoing tensions between Iran and the US since the latter began re-imposing sanctions on oil-rich gulf nation.

Giving an update on 18 Indians on board the British oil tanker Stena Impero which was seized by the Iranian forces, Minister Muraleedharan said the embassy in Tehran has got consular access.

MEA Spokesperson Raveesh Kumar, at a weekly media briefing, said India had sought consular access which was granted and a three-member team visited and met all the 24 crew members.

“What we saw was that the crew members were very calm, very composed, and there was no sense of panic. They had been in regular touch with their family members. We had assured them that the government of India will undertake all the necessary steps to ensure their early release and repatriation,” Kumar said.

According to a statistics released by Minister Mansukh Mandaviya in the Parliament, as many as 50 Indian seafarers died on merchant ships up to now from 2018. Also, 22 seafarers have been reported missing.

The Minister also said that while compensation was settled in 21 death cases, in only six missing cases compensation was released. The minister further said that in the 45 unsettled cases, compensation was pending for different reasons. One of the reasons mentioned is for want of flag state investigation report from the foreign states concerned, for want of requisite request from next of kin for issuance of presumed death certificates in two cases, and due to dispute amongst the next of kin of the deceased in one case.

The minister said there was no data on foreign seafarers held captive in Indian jails as it is not maintained by the ministry of shipping.

Mansukh Mandaviya said in one instance, M V Tag Navya owned by M/s Tag Offshore Limited (Indian flag) all crew had disembarked the vessel at Mumbai Port on the instance of the Bombay High Court order of May 15, 2019. He said the government had not come across any other issue regarding Indian and foreign ships abandoned by seafarers in India economic zones during 2018 and 2019.

Government of India should devise and install a security mechanism to help the gullible seafarers, who often gets into trouble due to situation arising out of third party or nations. 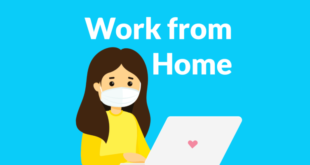