In order to address the cost disadvantage suffered by Indian flag ships, Finance Minister Nirmala Sitharaman has in her Union Budget for 2021-22 speech had announced a scheme providing Rs 1,624 crore over five years to promote flagging of merchant ships in India by providing subsidy support to Indian shipping companies in global tenders floated by ministries and CPSEs.

The statement said steps are also being taken to rationalise the manning requirements on the ships by aligning them with international standards.

India’s national fleet is proportionately small when compared with its global counterparts, despite the country having a 7,500-km-long coastline, a growing national Exim trade, and 100 percent foreign direct investment (FDI) in shipping since 1997.

While freight increase is a global phenomenon, we may be suffering more as we have many MSMEs in exports, who have very little negotiating power. We require a large shipping company in India as we remit about $ 65 billion every year as transport charges overseas and yet remain at the mercy of foreign shipping lines, says FIEO chief.

Currently the Indian fleet comprises a meagre 1.2% of the world fleet in terms of capacity. The share of Indian ships in the carriage of India’s EXIM trade has drastically declined from 40.7% in 1987-88 to about 7.8% in 2018-19. This has led to an increase in foreign exchange outgo on account of freight bill payments to foreign shipping companies, to the tune of around $53 billion in 2018-19 and approximately $637 billion during the last 13 years.

Indian flagged ships mandatorily engage Indian crew and comply with Indian taxation and corporate laws. The operating costs of Indian ships are thus much higher as compared to those of foreign ships. The foreign voyage the cost of operation of an Indian vessel is higher by around 20%.

This difference in operating costs arises on account of higher costs of debt funds, shorter tenure of loans, taxation on wages of Indian seafarers engaged on Indian ships, IGST on import of ships, blocked GST tax credits, discriminatory GST on Indian ships providing services between two Indian ports; all of which are not applicable to foreign ships providing similar services.

On the other hand, importing a shipping service by an Indian charterer is cheaper than contracting the services of a local shipping company.

Though the Government supports a policy of imports on f.o.b, in reality a major portion of the dry bulk imports such as Fertilizers and Coal is allowed to be imported on GIF basis. Almost 35% of the crude oil imports are also taking place on GIF basis. All of this leads to a loss of opportunity to participate in the market to transport Indian cargo.

Since Indian ships are less competitive while compared to their foreign peers, therefore, the Right of First Refusal (ROFR) policy has not been able to fuel growth of Indian tonnage.

Data collected from the Indian National Ship owners Association (INSA) reflects that it issued NOCs in 95% of the cases processed under the ROFR mechanism. Moreover, ROFR does not ensure bankable long-term contracts and it is only an opportunity to match the rate provided by a foreign shipping companies which enjoy a competitive advantage due to lower operating costs.

The policy of Right of First Refusal for Indian ships will only be beneficial provided Indian ships are made competitive.

A policy to promote the growth of the Indian shipping industry is also necessary because having a bigger national fleet would provide economic, commercial, and strategic advantages to India.

A strong and diverse indigenous shipping fleet will not only lead to foreign exchange savings on account of freight bill payments made to foreign shipping companies but would also reduce excessive dependence on foreign ships for transporting India’s critical cargoes.

The subsidy support proposed to be provided to Indian shipping companies would enable more Government imports to be carried on Indian flag ships.

Further, it would also make it more attractive to flag merchant ships in India as their current relatively higher operating costs would be offset to a large extent through the subsidy support. This would lead to an increase in flagging and would link access to Indian cargo to investment in Indian ships. 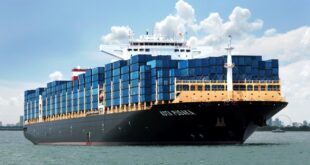 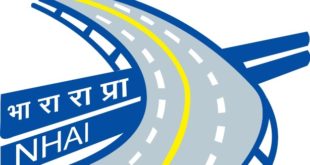