Globalization is back with such a vengeance that the shipping lines are struggling to keep up, sending freight rates to astronomic levels.

The onset of the pandemic early last year slashed trade volumes and highlighted the vulnerability of the extended supply chains that are the hallmark of globalization, with different elements of production located in various countries.

At one stage, 70 percent of the world’s ports were affected by Covid-19, leaving ships unable to dock and hundreds of thousands of crew members stranded at sea. Political leaders around the world started talking about strengthening the resilience of supply chains and repatriating production. The backlash against globalization was itself global.

In the United States, Donald Trump went to last November’s election promising tax breaks for firms bringing manufacturing back to the US and tariffs on US firms shifting production offshore, while Joe Biden vowed to reserve US government procurement for US firms.

In China, Xi Jinping articulated the concept of a “circular economy,” which meant a shift in focus away from international trade and towards domestic consumption and production.

In Australia, Scott Morrison spoke about strengthening the nation’s “economic sovereignty,” with a new “supply chain resilience” office established within the Department of the Prime Minister and Cabinet, and a dialogue established with Japan and India on the topic.

The mood of the moment was well expressed by one of the government’s advisers on the post-coronavirus economic strategy, former Dow Chemical chief executive Andrew Liveris: “Australia drank the free-trade juice and decided that off-shoring was OK. Well, that era is gone … We’ve got to now realize we’ve got to really look at on-shoring key capabilities.”

By May last year, world trade volumes had dived 17 percent, but then the fall stopped and by October, global trade volumes were back to pre-pandemic levels. The World Trade Organization, which had expected trade across the year to be down by 13 percent, instead recorded only a 5 percent fall.

The monetary and fiscal stimulus response, particularly in the US, shored up household purchasing power, while home-bound workers shopped online. Effective management of the pandemic in much of Asia, particularly in China, brought a quick recovery in economic growth.

However, imbalances in the recovery are bringing stresses. Comparing the three months to April with the last three months of 2019 before the pandemic struck, the volume of US imports is up by 8.6 percent while the volume of exports is still 4 percent lower. (Trade volume estimates are derived from the Netherland government’s CPB World Trade Monitor.)

China’s imports are up by 18.2 percent and export volumes are an impressive 23.6 percent ahead of pre-pandemic levels. Exports from other emerging nations in Asia, including India and Vietnam, are 11.8 percent above the last quarter of 2019, while exports from other advanced Asian nations with the exception of Japan (South Korea, Taiwan and Singapore) are up 9 percent.

In the wake of the pandemic, globalization is not so much about the model of distributed manufacturing but rather a simple story of manufacturing shifting from Europe and the US to Asia, particularly China. The supply chains are having trouble adjusting to an increasingly lopsided distribution of production and consumption.

This has resulted in shipping containers piling up in the US and in Europe [and] blockages at major ports. Shipping line Maersk has complained that it’s taking three weeks to turn around shipping at Oakland, California, and there are delays at Hamburg. Rotterdam—Europe’s largest port—is at capacity.

Shipping costs have soared. The global average shipping rate on the world’s busiest container routes, measured by the Freight Baltic Index, has risen from $1,400 per container to a record $6,500, with the cost of shipping from China to northern Europe now up to $13,200. A logistics service reported last week that shipping quotes from Shanghai to Los Angeles have reached as high as $32,000 per container.

The difficulties of the shipping industry in adjusting to the post-pandemic economic surge were brought home by the blockage of the Suez Canal in March this year by a giant container ship, the Ever Given. This resulted in congestion at ports throughout the Mediterranean and northern Europe that has never cleared.

Opinion is divided over the diagnosis of what looks like a case of sclerosis in the arteries of the global economy.

Some argue that the post-pandemic supply bottlenecks, of which the shipping industry is the most important, will dissipate as the global economy restores its equilibrium, with more ships and containers being built and demand steadying as the world emerges from the pandemic.

Others suggest that the disruptions being seen now reflect a deeper problem of fiscal and monetary policy stimulus in the advanced world running ahead of the supply capacity of the global economy, with the risk of higher inflation becoming entrenched. 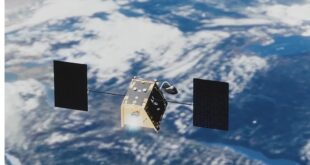 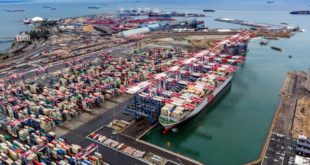 Chennai, 25 August: From Shanghai to Hong Kong to Xiamen, ships are in long queues …