In the not-so-clear environment of global trade due to US-China trade war and Brexit, India is treading cautiously on every move. India has so far stayed away from China’s Belt and Road initiative (BRI) and its stand was once again reiterated by External Affairs Minister S Jaishankar last month.

BRI project, which intends to improve trade routes between China and other countries, has been criticised for burdening other nations with debt. According to various reports, BRI gives China unfair leverage over other countries, and eventually expand its military presence in those countries.

According to a report by the South China Morning Post, China has invested over $100 billion in the BRI so far.

The project was officially launched in 2013 in Kazakhstan, and was initially called the One Belt One Road Project.  Often called a new “Silk route”, it consists of maritime corridors and shipping routes to connect China with crucial ports and cities in Asia and Europe. Chinese construction companies are given contracts, which are funded by Chinese banks, for development of ports and trains.

Some of India’s neighbours – such as Pakistan, Sri Lanka and Bangladesh – have received funding from China. India has resisted joining the initiative over fears that it will boost China’s strategic presence in the region.

The possibility of being laden with debt is the main reason why India has stayed away from the project so far. Another concern for India is that the proposed CPEC, which passes through Pakistan occupied Kashmir, (PoK).

While these are the concrete reasons for India to avoid participating in BRI, ASEAN-supported RCEP is another albatross on its neck, as delinking from the project would adversely affect market access for Indian goods in these countries.

It is a fact that all countries, including the US and China, see India as a potential big ticket market place for selling their goods, and they won’t like our nation stay out of big trade-related projects.

Allowing open market access to Indian goods in those countries could also create trade imbalance as well as wean away “market protectionism” placard by developed nations.

Participating or accepting international trade deals are good for economy of any country, but it should not come with a cost of lopsided growth in growth. 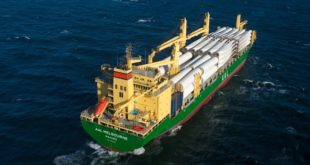