The BJP government at the Centre passed two contentious agriculture Bills, on Friday in the Lok Sabha despite the opposition as well as long-time BJP ally Shiromani Akali Dal terming it an `anti-farmer’ move. Minister of Food Processing Industries and the only SAD representative in the Modi government, Harsimrat Kaur Badal, resigned from the Union Cabinet, protesting against the Bills, alleging the Bills to be detrimental to Punjab’s agriculture sector.

Opposition parties including Congress, Trinamool Congress and Revolutionary Socialist Party opposed the Bills on the grounds that they were `anti-farmer.’

Slamming the government, Congress leader Gaurav Gogoi said: “This government has been eyeing, how they can take the farmers’ land to benefit their capitalist friends, whether it is the Land Acquisition Act, whether in the industrial system through weakening the labour courts and now this three-pronged attack on the Indian agricultural system through the two bills on farming..”

Out of the three Bills, Lok Sabha, through voice vote, passed the Farmers’ Produce Trade and Commerce (Promotion and Facilitation) Bill, 2020 and the Farmers (Empowerment and Protection) Agreement of Price Assurance and Farm Services Bill, 2020. The Essential Commodities (Amendment) Bill was passed earlier in the week.

Agriculture Minister Narendra Singh Tomar said the Bills are not going to override the Minimum Support Price mechanism, and adequate protection of land ownership was in place to protect farmer interests. They will now be tabled in Rajya Sabha and will become laws after the Upper House passes them.

The government has said these reforms will accelerate growth in the sector through private sector investment in building infrastructure and supply chains for farm produce in national and global markets. They are intended to help small farmers who don’t have means to either bargain for their produce to get a better price or invest in technology to improve the productivity of farms.

The Bill on agri market seeks to allow farmers to sell their produce outside APMC ‘mandis’ to whoever they want. Farmers will get better prices through competition and cost-cutting on transportation. However, this Bill could mean states will lose ‘commissions’ and ‘mandi fees’.

The legislation on contract farming will allow farmers to enter into a contract with agri-business firms or large retailers on pre-agreed prices of their produce. The Essential Commodities (Amendment) Bill, 2020, seeks to remove commodities like cereals, pulses, oilseeds, edible oils, onion and potatoes from the list of essential commodities.

This will end the imposition of stock-holding limits except under extraordinary circumstances. Farmers in Punjab have organised a three-day protest against the Bills. Badal, too, tendered her resignation after the Bills were passed.

Congress terms the Modi government’s move a conspiracy to defeat the Green Revolution. 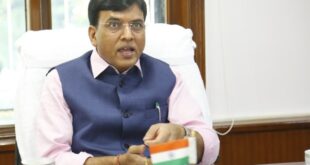 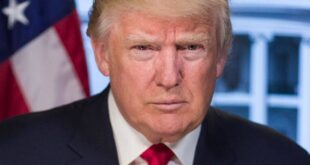 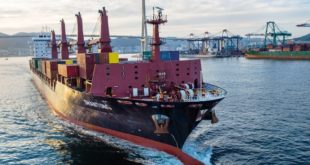 Port Wings, 07 Oct 2020. Cyber security is a modern challenge the shipping industry has …