It’s over. Donald Trump is ousted; Joe Biden wins and he will take over in January. And Biden’s win is one of the most impressive in American history.

Defeating a sitting United States president is an extraordinarily hard thing to do, but with the vote count mounting in his favor, Biden turns out to have done it with relative ease.

Per current estimates, he will receive something like 51.3 percent of the national popular vote, 3 percentage points more than Hillary Clinton and a higher total than any candidate challenging an incumbent president since Franklin D,Roosevelt got 57 percent against Herbert Hoover in 1932.

That’s more than Ronald Reagan got (50.7 percent) in his 1980 win over Jimmy Carter, which is still (accurately!) heralded as a paradigm shift in American politics. Besides FDR, the only other American presidential candidate who ran against an incumbent president and got more than 52 percent of the vote was William Henry Harrison in 1840.

There’s some disappointment among Democrats nonetheless. The party will be losing a few seats in the House, and will need to win two early-January special elections in Georgia in order to reach 50 seats in the Senate.

Indeed, it would have been better for the Democratic agenda if the party had gained control of the upper chamber of Congress. But this failure should be taken in the context of the Senate’s structure: It’s an institution intentionally designed to overrepresent the smaller states, which, at present, are disproportionately Republican. Even that advantage, though, as replicated in the Electoral College, was not enough for Trump. He lost despite having a structural head start, the advantages of incumbency, and a party that made its best efforts to prevent as many Americans as possible from voting against him during a pandemic.

On Thursday morning, Trump tweeted, “STOP THE COUNT,” which is not only inconsistent with what his team is pushing for in Arizona and Nevada; it would also lead to the race being called for Biden.

President Donald Trump has given a media address going through the numbers of the election and railing against pollsters. The president again made baseless and vague claims in an attempt delegitimise certain votes against him.

The inconsistent messaging is only part of the president’s problem. He and his supporters have been promoting baseless and dangerous conspiracy theories that Democratic elected officials are somehow “stealing” the vote when all they are doing is counting the ballots.

Nothing nefarious, but conspiracy theories proliferate, now being promoted heavily by Trump and his allies, leading to confrontations where election workers have been counting votes in Detroit and in Maricopa County.

None of Trump’s small bore lawsuits have been able to stop the count, and of course there is no basis to do so.

These lawsuits are tinkering on the edges, claiming potentially minor infractions—nothing that would reverse any Electoral College win for Biden. In none of the states where counting is done so far is it even slightly likely that a recount would make a difference.

But the viral, false claims by Trump and his supporters of an election being stolen by Democrats undermine  the legitimacy of the election process. It is dangerous stuff to play with in a democracy, which depends upon losers accepting the results of an election as legitimate and agreeing to fight another day. The question is how the country moves on if Trump continues to rail baselessly against the vote count. 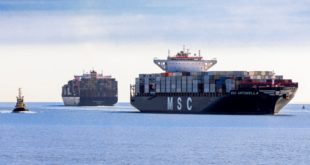