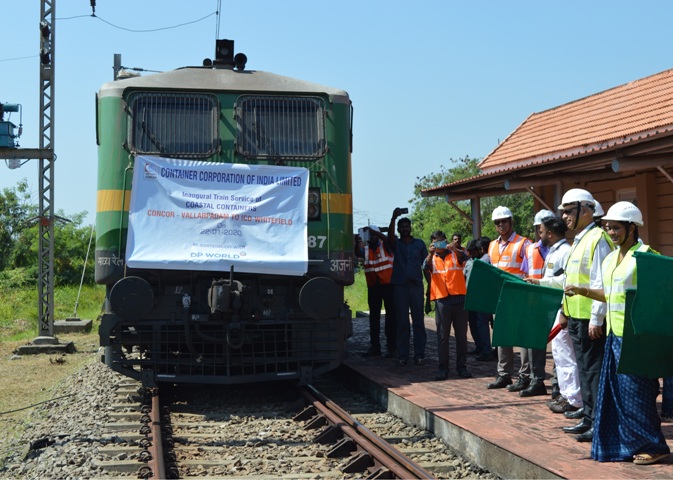 Global trade enabler DP World operated International Container Transshipment Terminal (ICTT) at Cochin has flagged-off a new weekly rail service, operated by CONCOR between Cochin and the Inland Container Depot (ICD) in Whitefield, reducing both costs and transit time between Vallarpadam/Cochin and Bangalore by over 40%.

The rail service will allow customers to connect their cargo directly to the Europe, Middle-East and Mediterranean services via ICTT Cochin instead of routing it through port of Colombo, Sri Lanka. This will reduce the transit time by 5-6 days and thereby providing faster connections to global markets. It will further provide customers with multimodal freight options to transport their cargo, reducing dependency on road.

Praveen Thomas, CEO DP World Cochin said, “We are pleased to announce the inauguration of new rail service from our terminal to Bangalore. The weekly rail service will help reduce cost and transit time for both domestic and EXIM cargo. With the proximity of six hours to the hinterland, fast turnaround, rail-connectivity to the busy cargo hub and increased connectivity with global markets, ICTT offers customers more options to move their cargo in a smarter, faster and efficient manner.”

ICTT continues to reign on its leadership position in container trade, offering direct services from Australia, Fareast, South East Asia and Middle East to Cochin and from Cochin to Fareast, Middle East, Europe and Mediterranean. We continue to thrive on initiatives providing smart trade solutions and adding value to the supply chain by engaging with our customers and stakeholders. This includes, successful implementation of Bharat Trade for paperless transactions, RFID based automated gates reducing man vehicle interface, improved safety, reduction in transaction time and 24 x 7 customs to facilitate direct port entry. This has resulted in TTT (Truck Turn Around) time of 32 minutes which is one of the best in India. The ICTT Cochin was also ranked 1st in the Annual Port Liner Shipping Connectivity Index released by United Nations Conference on Trade and Development (UNCTAD) among South Indian ports. 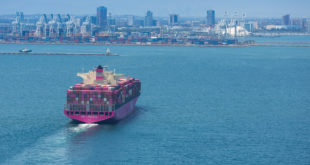 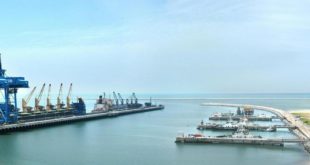 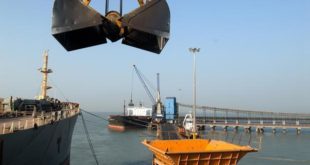 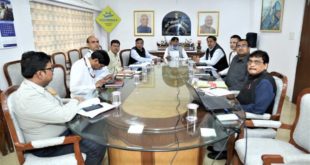