Trade infrastructure development to diversify Panama’s economy and DP World’s international experience in over 40 countries were at the centre of discussions held in Dubai on 27 February between the global trade enabler’s Group Chairman and CEO Sultan Ahmed Bin Sulayem and Panamanian President Juan Carlos Varela.

As part of his visit, Mr. Varela was taken on a tour of DP World’s flagship Jebel Ali Port and Free Zone, including Terminal 3, which is among the world’s most productive and technologically advanced, employing surveillance drones and remote-controlled quay cranes that are operated from the safety and comfort of a control room.

A presentation was also delivered on the role that DP World plays in enabling customers to manage the complexities and cut costs in the global supply chain, highlighting the Dubai Logistics Corridor as a model that has helped the port and free zone contribute to over 20% of Dubai’s GDP.

DP World Group Chairman and CEO Sultan Ahmed Bin Sulayem, said: “Panama’s economic growth within the last decade has been among the highest in the world. Major contributors have been the Panama Canal and its expansion, the resulting global logistics hub potential and the country’s economic diversification. We’ve experienced a similar growth story with the development of the Jebel Ali Port and Free Zone coupled with the development of trade infrastructure such as the Dubai Logistics Corridor and the continued drive of our leaders to develop trade and business. We’re keen to share this experience with governments from around the world and to build successful partnerships for the benefit of all.

“All stakeholders are looking for additional value in getting their goods to market and to enable trade in an increasingly complex world. Panama has a lot to offer including thriving agriculture and fisheries, which can be even better connected to regional and global supply chains by developing multimodal transport links and cold storage facilities.”

DP World’s existing operations in Latin America include a 50-year concession in Ecuador, investing over $1 billion in developing maritime trade infrastructure, with plans to develop a logistics zone to create a regional trading hub in Posorja. It also operates DP World Santos in Brazil, the busiest container port in the region. Other locations include DP World Callao in Peru; DP World Caucedo in the Dominican Republic, which is attracting 3PLs and global retailers with a multimodal logistics platform and in-house port community system and a terminal in Buenos Aires, Argentina. 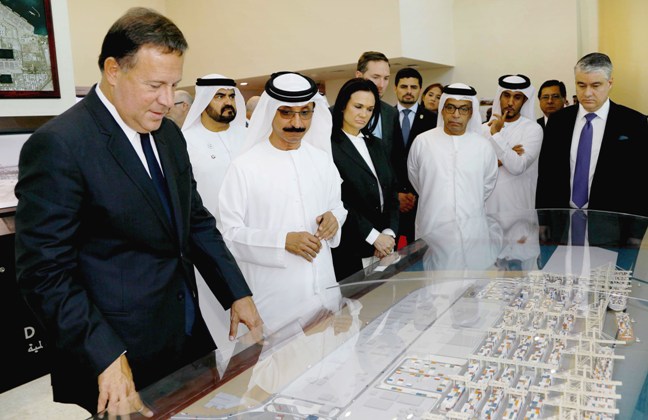 Dubai’s non-oil trade with Latin American countries has increased significantly in recent years, amounting to more than USD 35 billion between 2010 and 2016. Meanwhile, Dubai’s trade with Panama exceeded USD 20.6 million in 2017.