V O Chidambaranar Port (formerly Tuticorin Port) once developed as a Container Transhipment Hub port will trigger a rapid industrial and economic growth in the Southern Districts of Tamil Nadu and thereby generate huge employment opportunities in this region, the Association for Tuticorin Hub Port Development has said.

Addressing the media in Tuticorin, the association said that the exporters and importers using this port will also gain tremendously in terms of cost (approx. USD 100 per Twenty Foot Equivalent unit) and time (approx. 1 week) as all containers at present are being transhipped at Colombo and the country will save the outflow of the precious Foreign Exchange as well.

Under the Atmanirbhar Bharat scheme, it was proposed by the Government of India to develop Transhipment Hub Ports within the country. Tuticorin Port, by virtue of its tremendous advantages in terms of proximity to International sea route, abundant availability of land, all Weather Port, readily available infrastructure – having two world class Container terminals operated by International Companies handling a total volume of approximately 50,000 TEUs (Twenty-foot Equivalent Units) per month, is eminently qualified to be developed as a Transhipment Hub Port.

The Association for Tuticorin Hub Port Development (comprising of members from various trade bodies was formed in the year 2004 with the Objective of making Tuticorin port a Container Transhipment Hub Port) is extremely delighted and satisfied to note that their mission to make Port Tuticorin as a Container Transhipment Hub Port is fulfilled with the announcement of Prime Minister Shri Narendra Modi at Coimbatore on 25 February 2021 while inaugurating various development projects in Tuticorin Port (VOC Port).

Paying his tribute to the great freedom fighter V.O.Chidambaram, Shri Narendra Modi said the former’s vision for a vibrant domestic shipping industry and maritime development is greatly inspiring. Shri Narendra Modi said about 575 projects (port modernisation, new port development, port linked industrialization, port connectivity and coastal community development) involving an outlay of over Rs.6,00,000 crore has been identified for implementation between 2015 and 2035 under the Sagarmala Scheme.

Prime Minister Shri Narendra Modi mentioned “apart from this, we (GOI) will take further steps to make the Port (VOC Port) into a big transhipment hub in the East Coast.” The association also extended sincere and profound thanks to the Prime Minister and the Union Minister of State for Ports Shri Mansukh L. Mandaviya.

“It has been a dream of the Users of this Port, for over two decades, to have Tuticorin Port be declared as a Container Transhipment hub Port since the Port has all the prerequisite qualifications and the Prime Minister’s announcement has come at an appropriate time.  We also thank our Chief Minister, our Member of Parliament Thoothukudi and Chairman VOC Port Tuticorin for relentlessly pursuing this matter with the Government of India,” a statement from the association said. 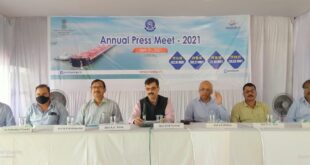 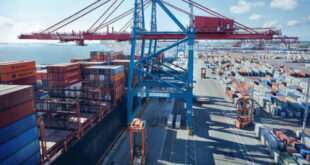 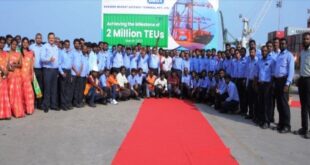