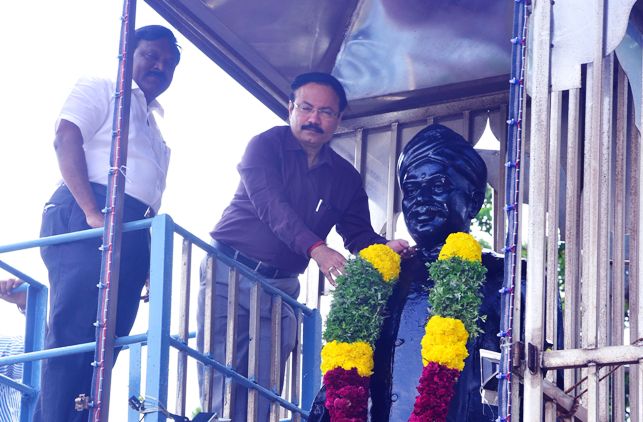 She highlighted his achievements as the Trade Union Leader and narrated his sufferings during his imprisonment by the British.  She also exhorted the Children to follow the footsteps of the Great Patriot from this region.

Guest of Honour, Shri N. Vaiyapuri in his address elucidated the labour welfare initiatives taken by V.O. Chidambaranar in uplifting the working environment of Coral Mill (the present Madura Coast).

Shri T.K. Ramachandran in his address recalled the sacrifices made by V.O.Chidambaranar and his indomitable courage and relentless effort in starting the First Swadesi Shipping Company against the British.

He also spelled out the remarkable qualities of V.O. Chidambaranar like ‘determination’, ‘self-confidence’, ‘Persuasion’, ‘Helping Tendency’, ‘Courage’, ‘Scholarly works’& above all ‘Sacrifice’ and requested everyone to follow the footsteps of the legendary freedom fighter V.O. Chidambaranar. He also stated that Port would take steps to establish a pavilion / Museum for V.O. Chidambaranar at the Information Centre in the Port’s premises.

Shri T.K. Ramachandrant gave away the prizes to the winners of various competitions conducted as part of the 148th Birth Anniversary of V.O.Chidambaranar.  Cultural Programmes were also performed by port school children. A large number of School children, Teachers and Port Officials participated in the function commemorating the 148th Birth Anniversary of V. O. Chidambaranar. 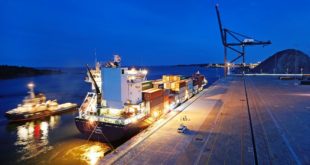 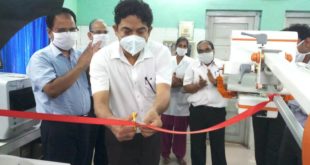